In general, even show can have a great main character will still be only as good as those around him or her. A great main character really is important, because he or she drives the story and we become invested in finding out what’s going to happen to them on their journey. But just as important is the supporting cast, and a great ensemble elevates a good show to great. Just ask the cast of Lost or Modern Family or Mad Men or The Wire. And among every great cast of supporting characters, there’s generally going to be one person in particular who stands out as a guy you’d either want on your side in a fight or grab a beer with after work. Here’s to the wingmen…

The show Justified is driven almost entirely by the strength of its main character, Raylan Givens, and his sometimes good, more often evil foil, Boyd Crowder. Those are two spectacular characters, and we could happily watch an entire episode that features the two of them sitting across a table from one another having a conversation. But Justified is a great show not just because of the powerful portrayals of its two main characters, but also because it features a cast full of awesome supporting characters. One of our favorites is Tim Gutterson.

Gutterson is one of Raylan’s colleagues in the US Marshals, and he is most definitely a guy you want to have on your side. First of all, because he’s a highly decorated and super badass sniper who we’re led to believe is one of the best in the world. Secondly, because he gives just as good, if not better, than he gets and doesn’t put up with Raylan’s cocky attitude like so many other people on the show. Tim has no problem giving Raylan crap and isn’t the least bit intimidated by Raylan’s reputation as the biggest badass on the block. Now if only the writers of the show would actually give Gutterson more screen time, we’d all be a lot happier. 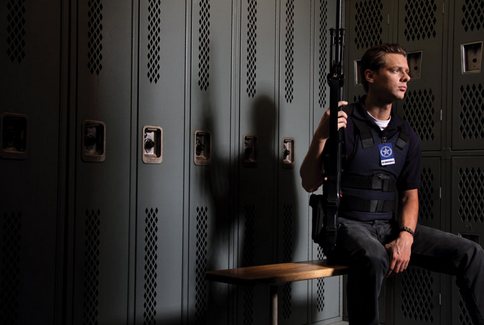 The Walking Dead is a show that, well, it’s not what you’d call the most consistent show in the world. It’s so up and down in terms of the quality of storytelling and pacing that it has pretty much become the most frustrating show on television, and its viewers have a true love/hate relationship with the program. That’s not helped by the fact that, for the most part, the characters are badly underwritten and we just don’t really care about most of them.

Most of them being the key part there, because there’s one character above all others we sure as hell care about, and that’s Daryl Dixon. Early on in season one, it looked as though Daryl was going to be just another lazy racist Southern redneck stereotype, but thankfully he’s one of the few characters who has surprised us from time to time in both his actions and his words. He’s a lot smarter than he looks, and he might be the smartest guy on the show, when you cut beneath the gruff, hillbilly exterior. He’s also one of the biggest badasses on television today, and there’s no one we’d rather have on our side when the zombie apocalypse comes. We’ll your crossbow bolts for you any day, Daryl. 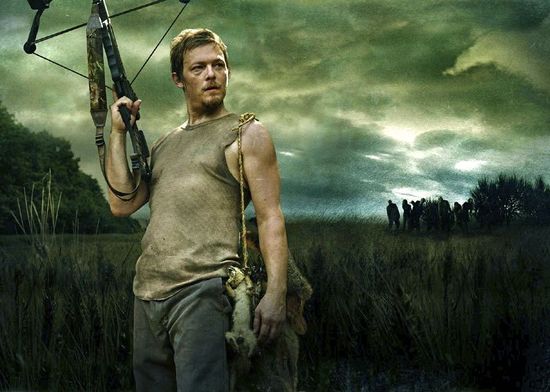 We know that The Wire has been off the air for a few years now, but we couldn’t resist picking someone from the show because, seriously, it’s pretty much the greatest show of all-time and features perhaps the vastest array of great characters that any show has even attempted to assemble, aside from maybe The Simpsons. With that in mind, it’s tough to pick from so many great characters, but at the end of the day if you had to pick one character from The Wire to be your ultimate wingman, you’d almost have to select Detective Bunk Moreland.

Through the series he was partnered up with Jimmy McNulty and Lester Freamon, who are also outstanding characters and great wingmen in their own rights, but we couldn’t pick Jimmy since he was the closest thing the show had to a main character, and Freamon was a sidekick to no one. Anyway, Bunk loves women, he loves to drink and he’s funny and a loyal friend. He also tells it like it is and doesn’t let anyone get away with trying any crap, which we respect. Plus, he knows how to hold an entire conversation based on various forms of the f-bomb, and we’ll never forget the time he tried to set his own pants on fire in a drunken stupor. 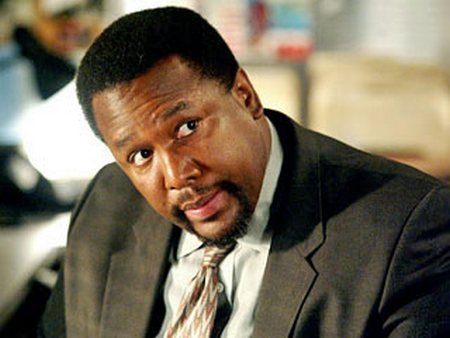 Hey, we had to include at least one badass woman on this list, didn’t we? And at the same time, we wanted to highlight a great show that doesn’t get nearly as much love as it should. Eureka is currently in its final season, and it’s going to be sad when the realization sets in that the show is over. If you haven’t seen it, it’s about a US Marshal who stumbles across a top secret government run town full of geniuses conducting all sorts of incredible experiments, and this Marshal ultimately becomes the town sheriff. It’s a hilarious and fun show, and it’s got a very strong ensemble.

And one of the chief members of that ensemble is Jo Lupo, who begins as town’s deputy and becomes the head of security for the town’s research facility. She’s a hardcore soldier who can kick the ass of basically anyone else in the town, and she’s most definitely not afraid to give our main character a little good natured crap now and then. Also, she’s smoking hot, which is definitely a plus. We’ll miss you, Jo Lupo. 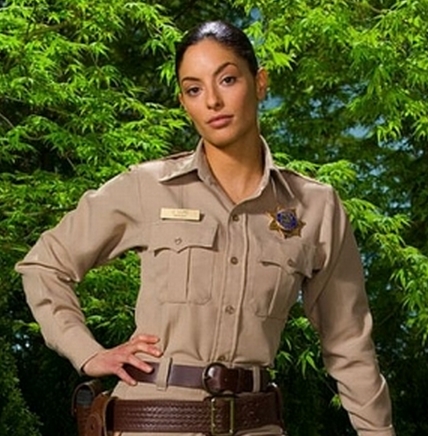 Supernatural is a show that, let’s face it, is chock full of daddy issues from top to bottom. The main characters, Sam and Dean Winchester, are so full of daddy issues that through the first two or three seasons they could barely go an episode without bringing up their father, the way he raised them, and the way he treated them differently. And then he died, and they were left on their own, until a surrogate father stepped up in the form of Bobby Singer.

Bobby’s not exactly what you’d call the overly loving type, having been a monster hunter for years since his wife was possessed by a demon and he was forced to kill her. He’s a hard drinking redneck who also happens to be smart, resilient and offers up some biting wit, usually at the expense of Sam and Dean, and reminds them frequently that they are, in fact, “idjits.” We could have also gone with Castiel the angel for this show or maybe Ash before he went down in flames at the road house, but we had to tip our hat to Bobby since he’s far and away the most important person in Sam and Dean’s lives. Plus, he seems like he’d be fun to go to the bar with. 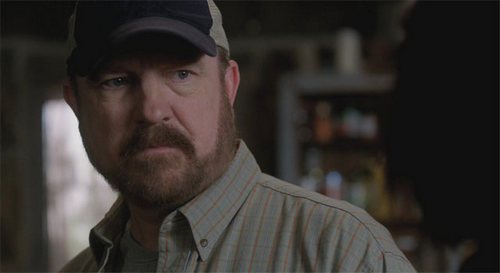