Despite what Charles Barkley wants you to believe, athletes really are role models. They might not want to be, but they really are. These are the people we often look up to for their physical and athletic prowess; their desire and competitiveness; their hard work and determination. And with some athletes, like Tim Duncan or Ken Griffey, Jr. it’s easy to see why they make such good role models for our children. And then you look at the other side of the coin and you’re left with, well, these guys. 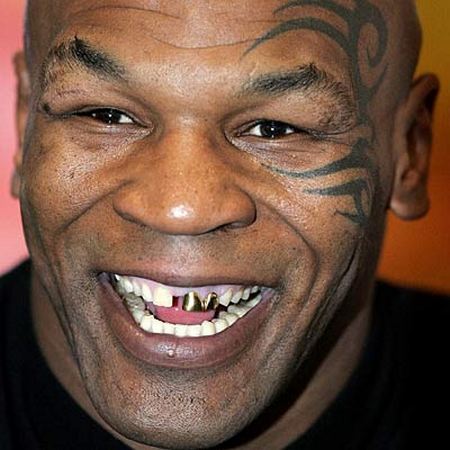 Let’s forget for a moment his appearance in The Hangover, which was entertaining even if it was some of the worst acting of all-time. Let’s focus more on the other aspects of Iron Mike Tyson, shall we? You know, the aspects that make him perhaps the craziest athlete of the last several decades. Might as well start with the obvious: those terrifying face tattoos. Or maybe the rape conviction. How can we forget his threats to eat an opposing boxer’s children? Are those the things that make him arguably the craziest boxer in history?

No, not quite. No, what we would have to say really puts him over the top and makes him borderline certifiable would probably be his little incident with Evander Holyfield. You know the one we’re talking about. Remember when, during the middle of a fight, Mike decided he needed a little snack? And since there were no Cheez-its around, he decided to take a bite out of the next best thing: Holyfield’s ear. We’d make more jokes about Iron Mike, but frankly we are too petrified that someone will read this to him, he’ll understand a few of the words and somehow manage to track us down and feed us to his tiger. Or his prized racing pigeons. 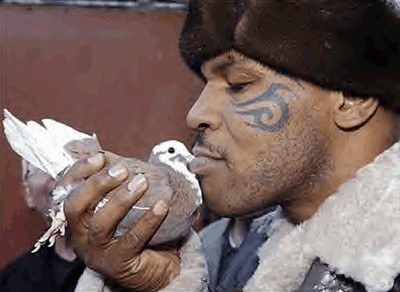 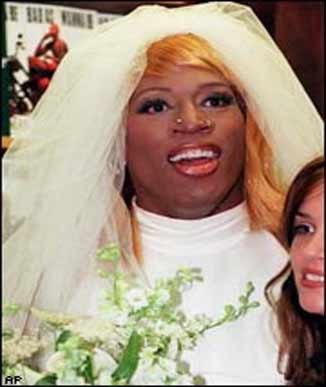 There was a time when Dennis Rodman seemed like a relatively normal guy. This was back when he was playing for the Detroit Pistons, winning championships with guys like Joe Dumars and Isiah Thomas and establishing himself as one of the best defensive players in the league. Hell, back then, if the Pistons were playing the Bulls and needed a stop, they’d stick Rodman on his future teammate Michael Jordan like a cheap suit.

And then apparently Rodman watched the movie “Demolition Man,” thought Wesley Snipes looked awesome with his bleach blonde hair and followed suit. And then he started dying it random other colors. And then he dated Madonna. And wore wedding dresses. And recently got kicked off of Celebrity Apprentice basically for being a crazy drunk. It says something about his level of insanity that when you say “Rodman” you don’t automatically think of one of the best rebounders the game of basketball has ever seen; you think “straightjacket.” 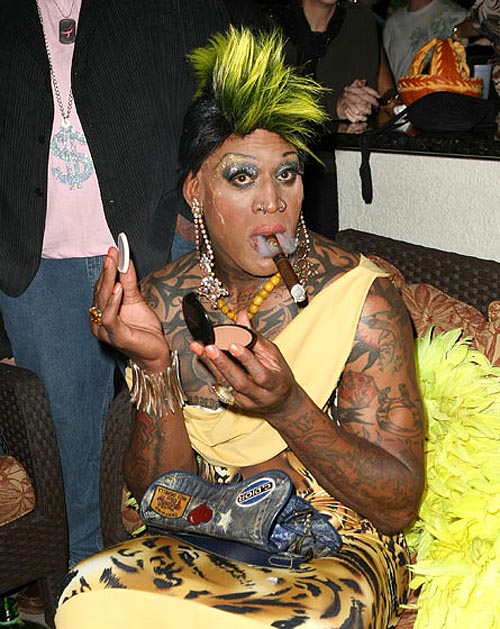 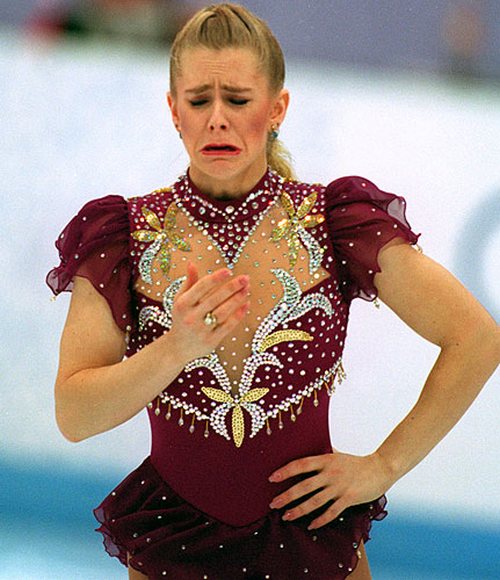 We’re all about gender equality when it comes to crazy athletes, and that’s why Tonya Harding earns a solid and well deserved spot on this list. Way back in the day, Harding was considered one of the top figure skaters in the United States. She was a favorite to medal at the Olympics, and she was well respected by her peers. And then along came Nancy Kerrigan, and things spiraled downhill pretty damn quickly for good ol’ Tonya.

First there was, well, the whole “hiring a thug to bust Kerrigan’s knee because she couldn’t take the competition” thing. Then there was the sex tape we are still wishing we didn’t know exists, and which we’re guessing is the most horrifying thing this side of Exorcist. Put it this way: watching five seconds of that tape would be enough to make us barf pea soup. Tonya also had an emotional meltdown on the ice during the Olympics because her shoelace broke, and capped everything off with a humiliating stint on Fox’s Celebrity Boxing. It’s kind of amazing when you can be in an event featuring Screech and you still look pathetic and crazy by comparison. 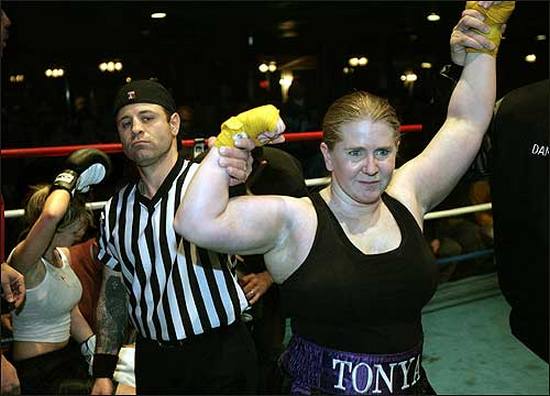