Home Home 5 Almost Sports That Left Us Too Soon

Not every sport is treated with respect, nor are they given any credibility. That’s because it’s very difficult to break the mold effectively without succumbing to goofy gimmicks. Though sports entertainment comes and goes, some attempts to invent knew games remain as a testament to our love of creativity and fondness for men in American flag spandex. These games are the five almost sports that left us too soon.

Since Pong first ponged its way into our hearts and living rooms way back when, video games have grown into entertainment juggernauts, all the while ruining generations of future voters in the process. 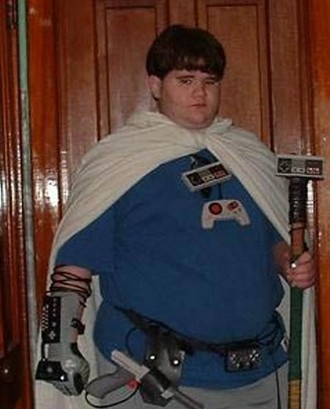 He used to be such a nice boy, too.

Before the rise of gaming, kids used to aspire to be something… like athletes or lawn dart victims. Nowadays they’re happy settling for a weekend of Mario Tennis. How do you draw people away from the digital and back to the games of meatspace? By adding trampolines, apparently.

Slamball is full-contact basketball played on a court of trampolines. Inventor Mason Gordon aimed to create an sport that served as a real-life video game, which begs the question: what arcade has this guy been frequenting?

A Slamball court resembles a traditional basketball court, but features four trampolines on each end of the court, allowing players to make amazing leaps as well as hilarious missteps without having to undergo years of practice or trampoline safety seminars.

Slamball has yet to find a consistent home on television. Originally airing on TNN (now Spike TV) in the early 2000s, Slamball has had to bounce and foolishly leap from station to station (and sometimes from country to country) and has most recently been seen on Cartoon Network. 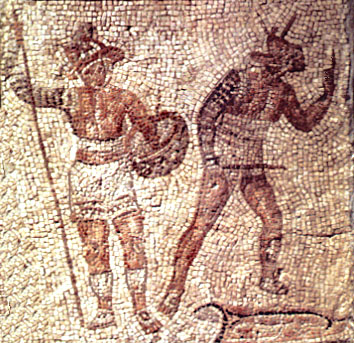 The closest we’ll ever get to a gladiatorial revival is American Gladiators. Carrying on with rich Roman traditions of old, American Gladiators saw amateurs compete against body builders for the chance to win a new Volvo. It’s just like the real thing… if no one ever died, the lions were muscular ladies and there were safety pads everywhere. But otherwise, yes, the same.

The highlight of an episode of American Gladiators is the final event, lovingly known as “The Eliminator.” Despite its name, the Eliminator wasn’t designed to kill so much as it was to maim; two competitors must complete an expansive relay/obstacle course while the previously mentioned body builders hurled objects at them from afar. If your previous encounters with Gemini didn’t land you in the hospital, then the Eliminator was probably going to sprain your pelvis in a most hilarious fashion.

American Gladiators had a long and successful run in the early 90s and even saw several international spin-offs and a kid’s version of the game. It’s most recent reinvention, from 2008, was met with less than stellar enthusiasm despite being hosted by American hero and divorce enthusiast Hulk Hogan.

Combat sports have always been of interest to the average Joe Sportsfan because deep down we are all horrible, violent animals with a taste for flesh and Sonny Chiba films. American Gladiators tried to quench our thirst for blood but its insistence on “safety” and “people staying alive” did nothing but hinder their efforts. Thankfully, Battle Dome was waiting in the wings to correct this tremendous oversight by giving us what we always wanted to see: man on man violence. Also, domes.

Battle Dome was very similar to the American Gladiator formula: contestants were indirectly in competition with one another while facing off against warriors (body builders, wrestlers and some simply large, intimidating people) for points. Points were earned by beating the warriors in a series of games. Unlike American Gladiators, these games had less to do with genuine athletics and more to do with being over the top, rotating, on fire and just slightly homoerotic, as noted below:

Despite its many fantastic shots of derrieres in spandex, Battle Dome failed to catch on with viewers. Part of the problem was Battle Dome’s association with World Championship Wrestling. The stigma of professional wrestling proved contagious and audience members began to assume that much (if not all) of Battle Dome was staged. The show only ran for a year between 2000 and 2001. It didn’t help much that many of the shows performers were injured on a rotating stage featured during a wrestling event and pictured in the butt-tastic clip above.