Aliens exist. Chances are good that you believe it’s true. Even if you’re not the type of person who regularly tries to visit Area 51, or who once hooked your computer up to the [email protected] network so that your excess processing power could be used to search the skies for signs of intelligent life, you probably still feel that we’re not alone in the universe. Whatever stance you take, science is there to back you up. According to many brilliant minds, the possibility of life on other planets if fairly high. According to others, the probability is so low as to be nearly nonexistent.

But regardless of what science says, Hollywood has plenty of answers of its own, and regularly spits out movies detailing what aliens would be like if they actually did exist. And because Hollywood doesn’t give a damn about what science says (sorry, science), the movie industry has no problems with creating alien life forms with attributes that completely fly in the face of science, and generating fantastical creations that could never actually exist. They imbue these illogical aliens with characteristics such as…

The Na’vi species in the movie Avatar are an example of a society so peaceful that even if they didn’t have desirable resources on their planet, the humans would probably still want to beat them up just for being such softies. Sure, these oversized blue housecats had no problem kicking some butt when the humans came to destroy the heart of their civilization, but if humans had never shown up they might have continued in their peace-loving ways for all of eternity.

Aggression in a species is pretty much essential when it comes to developing sentient levels of intelligence. According to Mark V. Flinn, David C. Geary, and Carol V. Ward, humans only started to develop significant levels of intelligence once they’d managed to become dominant over their habitat. At that point, their primary competition started to come from the only creatures smart and tough enough to fight on their level – themselves. It was only because they fought amongst themselves that they developed most of the abilities that distinguish them from monkeys. Sorry, Mr. Cameron, but the advanced Na’vi civilization never would have come to be after they’d spent their entire evolutionary period cuddling and “being one with nature.” 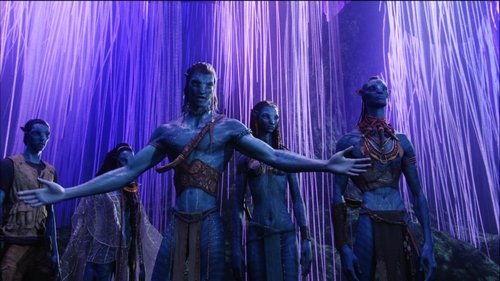 Being a Huge Insect

We’re not sure exactly what it’s like instead a movie studio during the planning phases of an alien movie, but we guess the dialogue goes something like this. “Hey, what’s something that lots of people think is weird and scary?” “Well, insects are pretty gross.” “Great! Make them huge, make millions of them, and make them want to kill us for no good reason!”

First off, there’s the physical limit to insect size due to oxygen in the atmosphere. Apparently, the structure that insects use to breathe only works on a small scale, unless there is a huge amount of oxygen floating around. Trust us when we say you wouldn’t have wanted to exist back when the Earth had much more readily-available oxygen, and insects could grow up to eight feet long. Second, according to this awesome site about the Biology of B-Movie Monsters, “…large insects are prone to a mode of failure called buckling.” So even if the bug’s world had a lot more oxygen than ours, those fancy exoskeletons wouldn’t be enough to support their weight. At least that’s one less thing for us to be horribly, terribly terrified of. 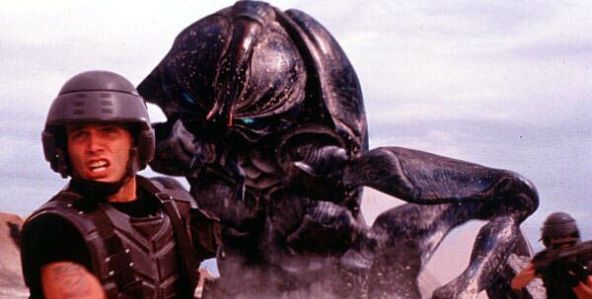 Hey, do you think you could chuck the bug spray over here for a sec?

In the movie Signs, aliens are attacking humans, and there doesn’t seem to be much we can do to stop them. They’re much more advanced than us (hence, the ability to travel here from their planet), and they’re bent on our destruction. Luckily, there’s a way that we can stop them – and no, it doesn’t involve us all getting baseball bats and turning into Joaquin Phoenix.

These aliens can’t tolerate the substance that covers a huge proportion of the Earth – water. We totally get the fact that aliens will probably have a different biology than creatures on our own planet. The problem here (aside from the fact that it would be mind-bogglingly difficult for an extraterrestrial being to be non-water-based) is that there is plenty of water everywhere – not just in the cups that creepy little girl leaves around. There’s water in the air around us, water that we leak and exhale from our bodies every second, and even water pooled on the leaves of the cornstalks the aliens walk through in such a cavalier manner. Basically, these aliens couldn’t even have stepped out of their spaceships without some serious protection. 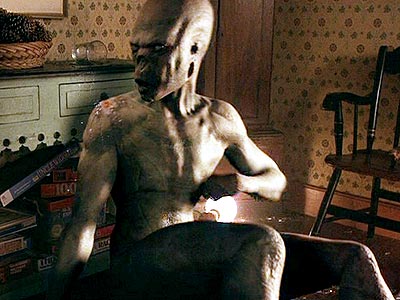 If only he’d packed a dry suit none of this would have happened.

People have drawn wings on creatures that don’t normally have wings and described fantastical winged creatures from the start of recorded history. There’s Pegasi, fairies, dragons, griffins, and whatever this thing is supposed to be, for starters. It’s easy to imagine that for pretty much every animal that’s ever existed, people have stuck flight appendages on it at some point.

There’s a reason that all of these winged creatures exist only in our imaginations; the physics behind animal flight are, to quote a certain sassy blonde, “simple and finite.” For example, a bird with a wingspan of about nine feet can support a weight of about 44 pounds. Assuming wing size scales, an alien the size of Watto (from the unfortunate Star Wars prequels) would need a wingspan of about ten or eleven feet at least to support his weight. Instead, he’s got dinky little mini-wings. Sure, he flaps them super-fast, but that’s still not going to heft his chunky lump of flesh around. 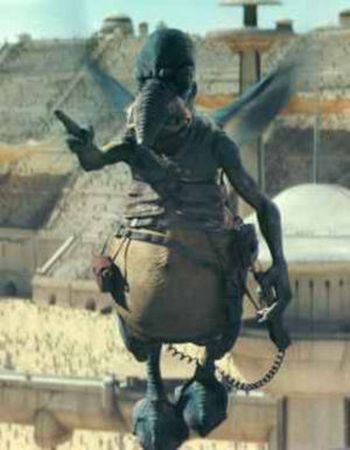 One of the most racist Star Wars characters you’ll ever meet (https://www.weirdworm.com/the-five-most-racist-star-wars-characters/)

We get that coming up with alien species for movies isn’t always the easiest thing. Movie makers want their aliens to be as different from any sort of life we may have come across as possible. This is quite a task, considering how weird some types of life on earth can be, such as the lampfish or the Bonobo monkey. If these creative minds had to stay within the bounds of stuffy old science, it probably wouldn’t make for very interesting movies. Still, sometimes they go a little too far, like when they put tentacles on creatures that exist primarily on land.

Aliens like the ones from Independence Day (isn’t it funny how so many aliens don’t have specific species names?) couldn’t possibly exist with those squiggly appendages because creatures with tentacles rely on the surrounding water pressure to keep their tentacles functioning properly. There’s a reason that animals that live on land have rigid structures, and that soft-bodied creatures tend to be small or else stick to the water. The tension of the skin on these alien tentacles simply wouldn’t be enough to hold in the pressure of fluids pumping vigorously enough to whip them around in the air, leading to a rather unfortunate exploding of appendages. We feel like that would end up as a really bad day for some of these supposedly bad-ass aliens.

It’s weird to watch the beginning of this scene and realize that all of those poor scientists will soon suffer terrible deaths.