It’s said that necessity is the mother of invention, but so is totally screwing the pooch. Here are five commonplace items that exist purely thanks to accidents.

The toy that both makes and ruins childhoods, the Slinky is perhaps the greatest symbol of the generation gap in America – kids now need video games to keep themselves entertained whereas all they needed some seventy years ago was a stupid-ass spring. 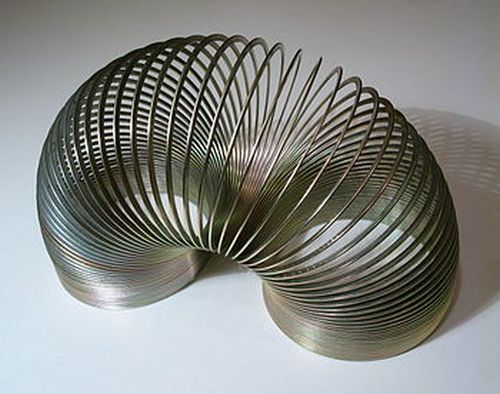 In 1943, a Naval mechanical engineer named Richard James was developing a spring system to help protect equipment on-board ships in rough seas. He knocked one spring off a shelf and watched its motion, which he called “walking,” as it moved from the shelf to a stack of books to a tabletop and ending upright on the floor. Though he hadn’t quite solved the problem he set out to, he realized he was on to something, and thus the quest for the Slinky began. 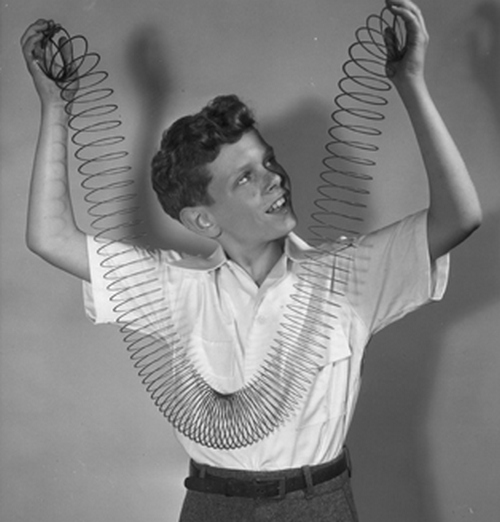 “To hell with the Navy, this shit rules!”

Over the next year James worked on getting the right tension and property of steel for his creation. When he finally did, he tested it with neighborhood children who, without the wonders of video stimulation, were absurdly excited by the spring. James and his wife Betty produced four-hundred units priced at one dollar each, but it was a difficult pitch to make to retailers. It wasn’t until they were allowed to demonstrate the toy in a Gimbles department store in 1945 that the Slinky caught fire (one of the most outdated sentences ever writer, by the way), selling four-hundred units in ninety-minutes.

Another classic toy, Silly Putty was born in a time of war, specifically World War II. Japan began invading rubber-producing countries to tighten its grip on the production of tires, vehicle parts, boots, gas masks and the like and hopefully leaving the Allies up a creek without a paddle. America began to ration rubber products as a result and shortly afterward different folks began the search for a rubber replacement. 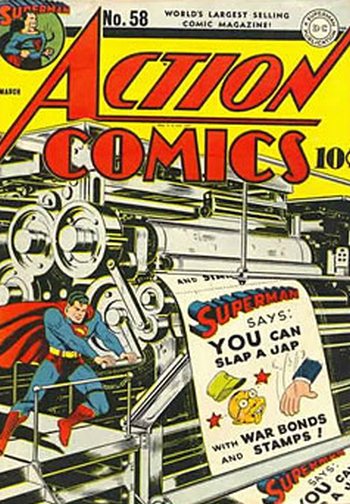 Superman, of course, took his usual approach to international relations.

One researcher, James Wright, dropped boric acid into silicone oil. Expecting an awesome explosion that would result in super-powers, he instead got a polymerized substance that could bounce. Great for a day’s work, but it was a terrible rubber substitute. This occurred in 1943 and despite the unique features the substance did have it simply didn’t serve its purpose. In 1945 samples were sent to labs across the country but none could think of a practical purpose. 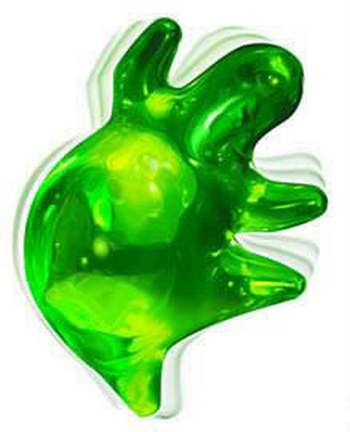 Thankfully, we were years away from Flubber.

Then, in 1949, a batch of the putty landed in the hands of Ruth Fallgatter, toy store owner, who directed it to marketer Peter Hodgson. The two decided to sell it in clear cases for two dollars each, and soon the toy out sold every item in Ruth’s catalog except for Crayola crayons. For whatever reason, Gallgatter didn’t follow up on the product, so Hodgson ran with it, placing one ounce of the putty in a plastic egg and selling the whole package for one dollar. Calling the toy Silly Putty, he sold two-hundred and fifty-thousand in three days.

Alfred Nobel is the inventor of dynamite and he would later found the famous peace prize as a means to atone for his accidental creation of Satanic death sticks. 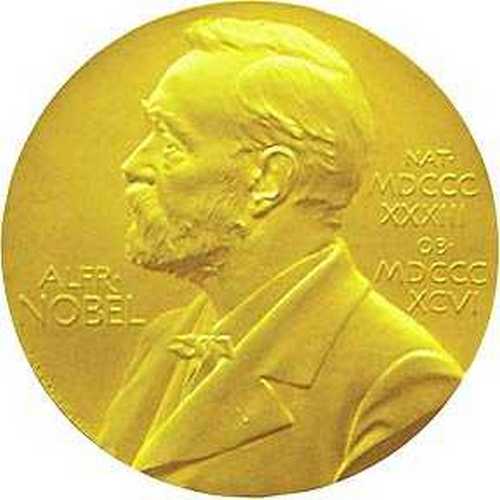 “Here, have my face. Sorry about that.”

In 1837, his father Immanuel began building mines in Russia, which were basically barrels filled with gun powder, so explosives run in the family. When he grew older, Alfred went on to study in Paris, where he met Ascanio Sobrero, discoverer of nitroglycerin. Despite being the talk of the town, relatively little was known about nitroglycerin, especially what would trigger it to explode. In one instance simply dropping it would turn a laboratory into a series of tasteful obituaries, but that wasn’t always the case. It seemed incredibly erratic, so naturally Nobel decided to work with it. 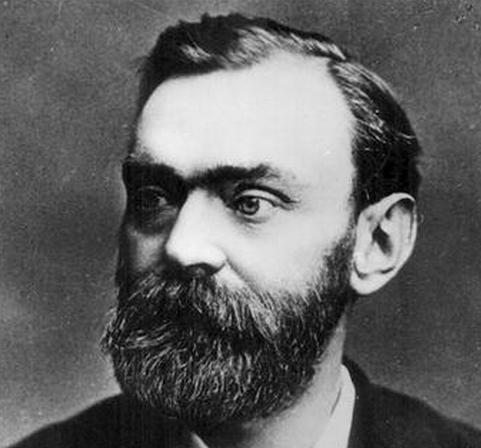 In 1852 he joined his father in the mine business. A year later, Russia invaded Turkey and saw a greater need for Nobel’s mines. As business boomed Alfred tried toying with nitroglycerin again. A series of accidents in the factory lead to the death of several workers (including his brother). Topped by the death of his father via stroke, Nobel buried himself in his work. He must of have lost focus one night, however, because he dropped a vial of nitroglycerin. Expecting to give it up to the spirit in the sky, Nobel was pleased to find that the vial had landed in a pile of sawdust and was absorbed. He discovered that mixing the substance with something inert would stabilize it, making it viable for safer demolition. Dynamite soon followed and was eventually patented in 1867.

The birth of matches actually starts with the discovery of its key component, phosphorous, in 1669 by German alchemist named Henning Brand in his search for the philosopher’s stone. But rather than turning metals into gold he instead created a mineral substance that could burn for long periods of time. Still thinking he could somehow transform this into gold, he kept the discovery a secret for several years.

That particular gold rush had died out by 1827 when John Walker, a pharmacist, had found that a stick he used to stir chemicals had a hardened lump on one end. While trying to scrape it off the stick combusted, creating the first match. Walker quickly began selling his fire sticks but never sought a patent, allowing anyone to legally create a copy. 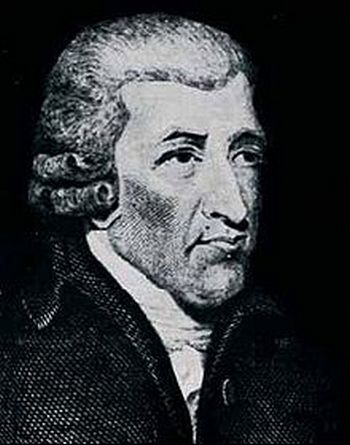 The key was phosphorous, which was incredibly combustible and dangerous. Early popular matches were marketed as “strike anywhere,” which is really just a nice way of saying “this tiny piece of wood will kill you if you step on it.” What’s more, working with phosphorous in factories had lovely side effects ranging from baldness to cancer. It wasn’t until 1855 when a Swedish factory worker began using red phosphorous that we got the modern, safer match.

Before the use of ether anesthesia surgery was pretty much the worst thing a person could go through. The closest doctors had come to dulling the pain was pumping the patient full of drugs and alcohol before performing a quick surgery that still resulted in tremendous pain. Many folks frowned on the idea of having to undergo surgery as a result.

Around the 1830s, medical students hosted “ether parties,” wherein someone would inhale the gas nitrous oxide for the amusement of others. Think of it as a circus sideshow (many of these parties charged admission). In 1844, a dentist named Horace Wells attended one such party and watched as the subject of the show began acting erratically, chasing people around the auditorium and just generally being a dick. He eventually fell, injuring his leg very badly. When Horace went to help the man, however, he didn’t report feeling any pain at all and was surprised by the sight of his own blood. 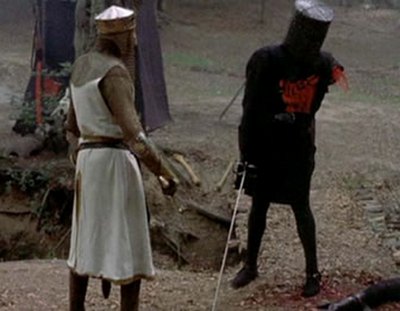 It was only a flesh wound.

Horace believed nitrous oxide could be used to dull the pain of dental procedures, but without a willing subject he tested the theory on himself, having an assistant remove one of his teeth. According to him it felt no worse than a pin prick. He was permitted to demonstrate his discovery before an audience of Harvard medical students, but his patient made a sound interpreted as a cry of pain and he was deemed a fraud.

Later, a Dr. Morton (who had heard Wells theory but refused to work with him) found himself in need of nitrous oxide for surgery. His assistant instead brought him ether, which he insisted would work just the same. It had, and Morton sought a public display as Wells had. Before another Harvard audience he removed a tumor from a man under the ether. The patient reported no pain, and the news spread quickly. 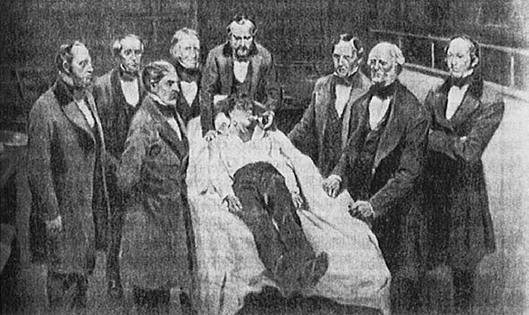 Morton didn’t have the noblest intentions, however. He sought to make a fortune from ether but knew he couldn’t patent it because it already had a lengthy history. Instead, he simply tried to mask the odor and called it Letheon. It didn’t fool other surgeons and use of ether became widespread shortly after.