Everyone likes a nice, uplifting movie. It raises everyone’s spirits, and leaves them feeling better at the end of the film than they did at the beginning. One of the easiest movie genres to dive into to make an uplifting movie is sports. Really, every sports story has all of elements of an uplifting movie, typically centering on an underdog who succeeds against all odds to win the big game. Of course, it’s a lot easier to make a successful, uplifting sports movie when you don’t hire someone on LSD to write the script. That’s the only explanation for these movies, after all…

At some point, someone, somewhere thought it would be a great idea to make a movie about a family’s dog who turns out to be really good at basketball. And somehow, the dog is actually allowed to participate in organized sports despite being, you know, a dog. We’re pretty sure that’s not legal, or else otherwise we’re going to petition the NFL to let us ride a horse up and down the field. Good luck trying to tackle a thoroughbred, Ray Lewis.

The strangest part about the concept of Air Bud? It actually kind of worked. No, not as an actual film, because the movie is an absolute abomination and every copy should be burned. But it was successful enough to spawn not just a sequel, but an entire freaking franchise, wherein a dog plays pretty much every other sport, and none of the parents think it’s a little unfair or stupid that a golden retriever is taking playing time away from their kids who are, you know, actually human. We’re just waiting for the inevitable sequel in which Air Bud becomes the coach of the US Olympic Speed Skating team. It’d be no more absurd than a dog playing basketball, after all. 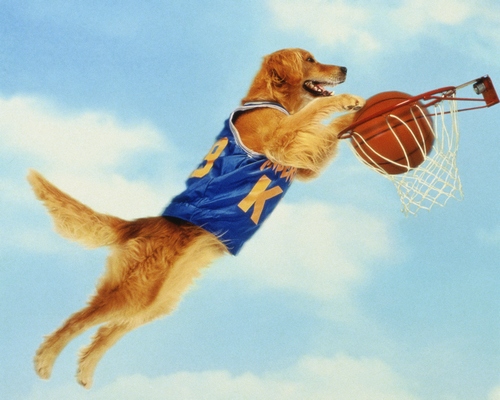 Rookie of the Year

Hey kids, did you know that if you want to be really good at sports, all you have to do is severely injure yourself and hope that you heal incorrectly? That’s what Rookie of the Year is trying to sell to us, anyway. The film tells the story of a crappy Little League baseball player who falls and breaks his arm, and while in a cast, his tendons heal too tightly, giving him the ability to throw a baseball more than 100 miles per hour.

We’re going to take a break right here and point out that this happing is about as likely as getting bitten by a radioactive spider and gaining some truly amazing superpowers. In reality, you’d just die from a poisonous, radioactive spider bite. Anyway, the Little Leaguer gets signed by the Chicago Cubs, because they weren’t already enough of a laughing stock, and he magically ignites the club and they go on to the World Series. We’re not sure which is more absurd, though: the fact that an 11 year old with exactly one pitch could suddenly become such a dominant pitcher in the Major Leagues… or the fact that we’re supposed to buy Gary Busey as a fireballing former pitching great.

Okay, we’re doing a two-for-one here since these are equally stupid movies and we couldn’t really decide which one we wanted to discuss. Lucky you, you get to hear about both of them and then probably walk in front of a bus because you don’t want to live in a world wherein these movies exist. We’ll start with Ed, which tried to capitalize on Matt LeBlanc’s Friends-era fame by casting him as a Minor League baseball player who befriends a chimpanzee, who goes from being the team’s mascot to an actual player. Shockingly, this movie received a 0% score on Rotten Tomatoes.

And then you’ve got Most Valuable Primate, which is basically the bastard lovechild of Ed and the Air Bud films. The original deals with a chimp who plays hockey, and somehow this, like Air Bud, turned into an entire franchise wherein the titular primate learns to play other sports. Somehow not just the original, but the first sequel each got a full on theatrical release, which just goes to show that, by and large, people are idiots and shouldn’t be trusted with sharp objects. 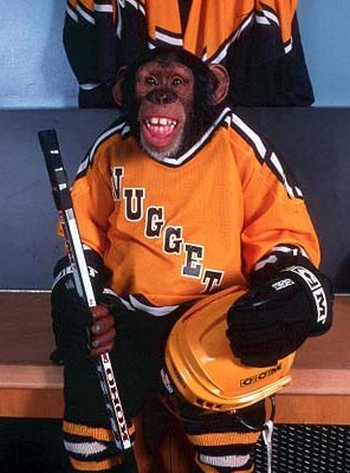 Not to be confused with a movie about a baseball playing chimpanzee, Eddie is an almost equally ridiculous film in which a limousine driver wins a contest to be an honorary coach for the New York Knicks, and through a set of laughable circumstances is named the new head coach, replacing the former head coach played by Dennis Farina. As a side note, apparently if you wanted someone to play a soon to be fired coach who is followed by a ridiculous replacement in the 1990’s, apparently Farina was your guy. He was also the manager who was fired to make room for a 12-year-old in the also absurd film Little Big League.

Anyway, somehow Eddie, who has never coached a day in her life but is a really big basketball fan, turns the Knicks around and makes them into a winner. The film is a slap in the face of coaches everywhere by suggesting that it’s a really easy gig if you just happen to watch the games now and then, but at least it led to some good jokes during the Isaiah Thomas era, during which fans often wished he would be replaced by Whoopi Goldberg. 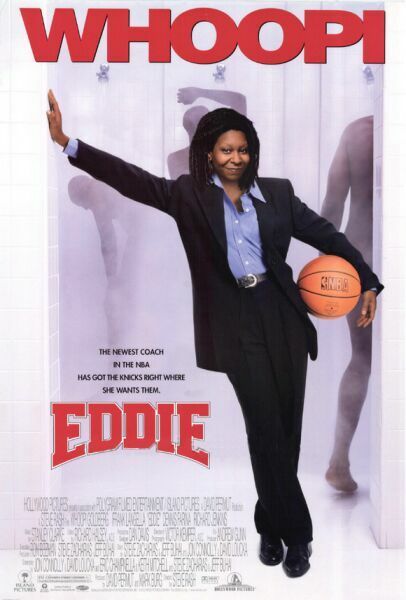 Poor Rodney Dangerfield. He just can’t get no respect, and he’s sure as hell not going to get any more after making the utter filth that is Ladybugs. Um, may he rest in peace. Anyway, the legendary comedian decided that it would be a good idea to make a family friendly film in which he’s coerced into coaching a youth girls soccer team despite never having coached before, and in an effort to turn the team into a winner and earn a promotion, he somehow talks his fiancée’s son into dressing up in drag and playing on the team.

First of all, the fact that his promotion was resting on the success or failure of a preteen girl’s soccer team is ridiculous in and of itself. Second, this film featured the usual ragtag group of misfits who don’t know the first thing about kicking a soccer ball yet somehow become winners in the end thanks to a talented newcomer. Third, this film is pretty much only for the most diehard fans of Dangerfield, or for people who have always wanted to see a young Jonathan Brandis dressed up like a girl. 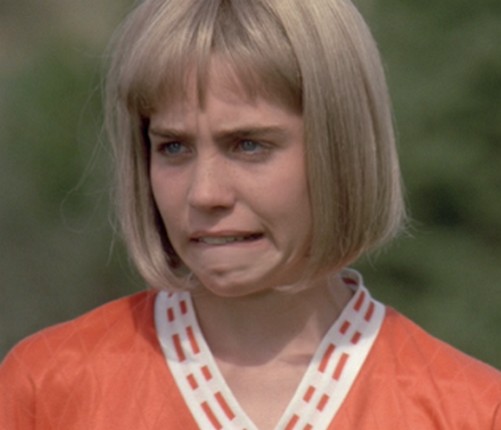