During World War II, Germany’s leader Adolf Hitler and his allies, the so called ‘Axis’ powers, were desperate to control Europe and Asia and spread the their ideals throughout the world. Like in any era of sustained warfare, 1939 – 1945 saw the development of many weapons and while most were run of the mill, some were a little more creative and just a little weird. 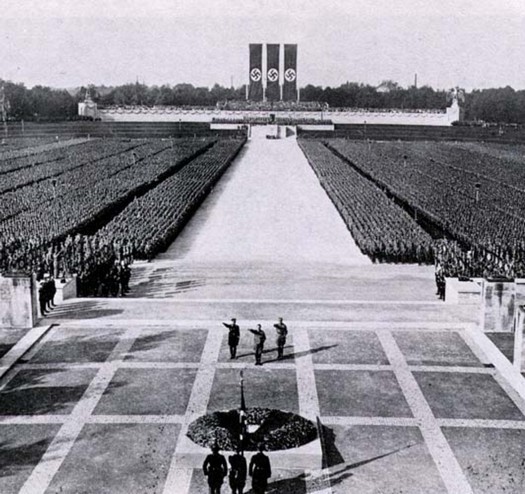 The idea of an Electric Gun was proposed by the Nazis as a long distance weapon. The huge gun would have been able to fire 750 six-inch shells a minute at a target 90 miles away. Ammunition was to be fed by an automatic conveyer and when fired, solenoids or coreless electromagnets would magnetically pull the missile and send it on its way. The solenoid would then go dead and a new one would take its place, pulling the next missile out and so on.

Although on paper the Electric Gun seems like a weapon with awesome potential, it was totally impractical so never made it past the proposal phase. Useless against smaller targets like ships or troop concentration due to the long range, its main use would have been for bombardment of large scale targets such as cities but the aeroplanes already in use were much better suited to this task.

The Goliath Tank Buster was a remote controlled tank-shaped vehicle designed during the war by German scientists. It was about four feet long, two feet wide and roughly a foot in height and was packed with 75 kg of high explosives, enough to blow up a tank or demolish a building. Once the unfortunate target was established, the vehicle was guided by an engineer, and once in the right position, for example under a tank, the explosives would be detonated and destroy the target.

They were used mostly by specialized Panzer and combat engineer units of the Wehrmacht and were seen on the beaches of Normandy on D-Day June 6th, 1944, although most were quickly rendered inoperative due to damage from artillery blasts. 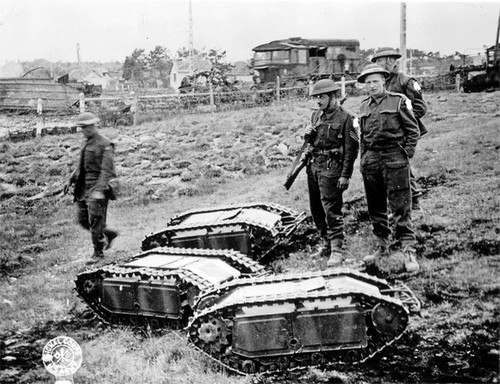