Upon close observation, an acute observer can find many striking (yes striking) similarities between the Star Wars universe and the Harry Potter universe. While some of these observations can be applied to other franchises, we’ll be taking it one step at a time. Slap on your sorting hat and do a quick midichlorian count, we’re going in. Spoiler alert!

The hero’s and villians use the same weapons

In Star Wars, the weapon of choice for both the Jedi and Sith is the lightsaber. They’re different colors though, so everyone can easily identify the bad guys. 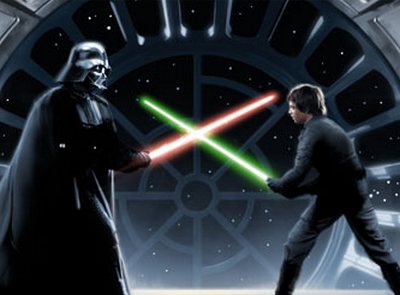 In Harry Potter, all the heroes and villains use wands that can cast magical spells. While there are different varieties, they are all perform almost identically. 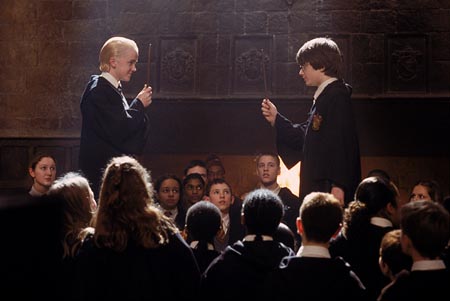 To be fair, they still have time to grow.

In most conflicts, the opposing sides use similar weapons; but they don’t ever seem to use the same exact weapons. Why is no one in the Star Wars universe trying to produce a better lightsaber? While they can’t improve “The Force”, the lightsaber is a piece of technology that has remained unchanged for millennia. In the real world, this would be a good thing, at least when it comes to weapons. The death rate in wars would probably be significantly lower if we were still using the… uh, … rocks we originally used. As for as Harry Potter, why remain completely ignorant of Muggle weapons? Obviously magic is a pretty powerful weapon, but it couldn’t hurt to have a backup in case… ya know,.. Voldemort takes away your magic stick. A cruise missile can be pretty handy in that regard.

In Star Wars, Obi-Wan (who taught Luke how to use the force) lets Vader kill him to allow Luke to escape. Yep, he drops his sword and lets Darth take a swing. 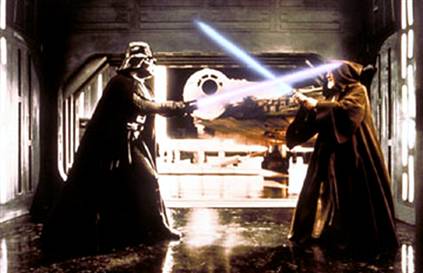 Hit me with your best shot, Dork Vader!

In Harry Potter, Dumbledore allows Severus Snape to kill him, although it turns out Dumbledore told Snape to do this and actually had a very good reason.

Shazam! Or something Latin, whatever.

Snape killed Dumbledore in order to follow an order given to him by… Dumbledore. Apparently, Dumbledore was about to die anyways. Not only was he a very old man, he had been severely weakened by a curse put on a ring that contained part of Voldemort’s soul. If you don’t know what we’re talking about, just know that apparently souls are real and they can be torn into pieces and shoved into knick-knacks. It’s just this process that made ol’ no-nose Voldemort the handsome fellah he is.

As for Star Wars, Obi Wan is a powerful Jedi. What reason could he possible have for allowing Darth Vader to kill him? It probably has something to do with his “If you strike me down, I will become more powerful than you can possibly imagine.” line. So let’s look into that:

The spirits of deceased Jedi, who can talk with him but can’t actually do anything, visit Luke. In fact, Obi Wan chose to let Vader kill him in order to become a ghost. 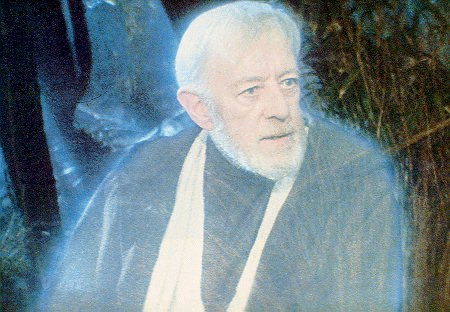 Not even Casper is this friendly and charming.

“Oh, wait”, you might say, “he used his ghost powers to tell Luke how to blow up the Death Star!” That’s technically true, but you could also argue that he could have done that with a radio. He didn’t need to die in order to give Luke advice or information: everything he tells Luke while dead, he could have told him while he was alive, or written in a letter. Not exactly the awesome power he hinted at with Vader.

In Harry Potter, the spirits he sees can’t even talk, the first time. He just looks at them. Of course, Harry finds emotional value in seeing his parents, right? Well, it’s not really them. It’s only an image. Harry spends a significant amount of time looking at people he never knew. 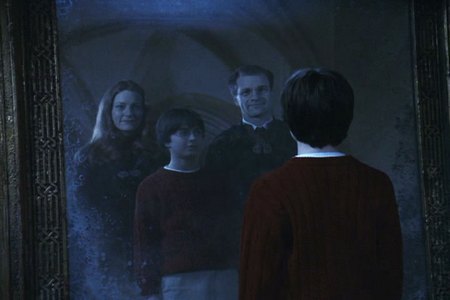 Great, I’m still and orphan and I just found out my dad was a huge nerd.

A few minutes would have been okay, but after that it’s really a waste of time. Maybe he should be focused on a way to defeat Voldemort, or actually getting some sleep. Maybe he’ll have a dream about his parents, which would actually be a lot better than just starring in a mirror seeing something that isn’t there. He later sees his parents again, as ghosts or something coming out of Voldemort’s wand. In this instance they are a little bit more helpful, attacking Voldemort with their spookiness just long enough for Harry to make a cowardly escape.

The leaders absolutely refuse to believe the enemy has returned 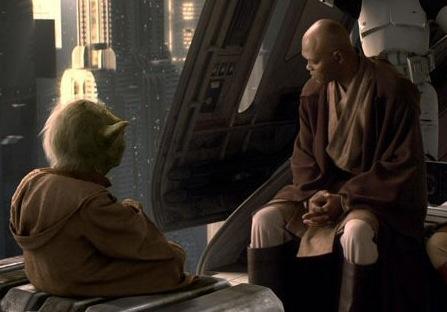 I don’t really believe in little green men. I’m not looking at one at this exact second.

In Harry Potter, Dumbledore pleads with the ministry to believe that Voldemort (who had just killed a young boy, by the way) has returned. They claim this is rubbish (because they’re British); they refused to believe the villain was back, until they literally see him in the ministry building. That’s right, he had to invade the headquarters of the government before the acknowledgement of his existence. 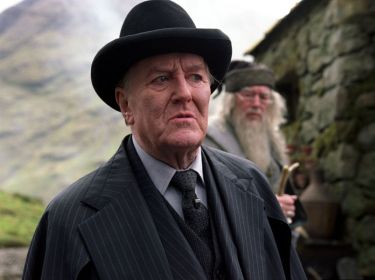 Voldemort is alive! I’d sooner believe that Slytherin student could be evil!

If real leaders acted this way, terrorists would only need to stay out of DC, and they’d be free to do as they please. “They blew up a bus, Mr. President.” “Er, I don’t quite believe that, I’ll wait and see if they break into the White House.” As you might realize, this could possibly cause some problems. We’d say that nobody acts that way in real life, but that’s just because we’ve never seen it…