It’s not really any secret that sometimes a celebrity will decide that he or she has some brilliant bit of wisdom they wish to impart to today’s little whippersnappers and ankle biters. When this happens, they put pen to paper (figuratively) and churn out a children’s book. For the most part, they teach lessons about how sharing is great, death is natural, it’s okay to be a redhead, puppies are cute, eating the yellow snow is a bad idea and so forth.

Typically these kinds of books are written by celebrities who have either sterling reputations, strong ties to children’s charities or have experience raising kids of their own. Of course, sometimes you get books written by the least likely celebrities imaginable, and what you get is, well, books by people like these… 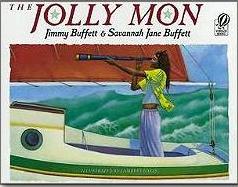 When you think of Jimmy Buffett, odds are you think of margaritas, first and foremost. And after that, you think just in general of getting drunk, maybe smoking a little weed, having some sex and just generally having a good time on some tropical beach with little to no responsibilities or repercussions. After all, this is the guy who is famous for songs like Margaritaville, A Lot to Drink About, Why Don’t We Get Drunk, Boat Drinks and Cheeseburger in Paradise. In other words, he’s not exactly the kind of guy you would naturally associate with knowing anything about kids, let alone wanting to write a book and record an accompanying CD for them.

But that’s just what he did when he released The Jolly Mon, which is classified as being for kindergarten up through fourth grade students. Not surprisingly, this picture book is set at sea and is apparently a bit of a rambling mess about some fisherman with a guitar and a boat who encounters dolphins, pirates and, for some reason, becomes a king or something at some point. Don’t ask us, this sounds like more margarita induced nonsense from the brilliant, balding mind of the man who built an empire out of laid back music and overpriced hamburgers. As an aside, that’s not the only kid’s book he’s written: he also released a book called Trouble Dolls. We don’t even want to speculate what wacky shenanigans that one chronicles.

Perhaps even less qualified to teach any children a lesson than even Jimmy Buffett, Terrell Owens is one of the most notorious prima donnas in National Football League history. He whines when he doesn’t get the ball enough, he throws teammates under the bus, he complains about how his quarterbacks aren’t up to snuff and at one point when he was in San Francisco even went so far as to question his quarterback, Jeff Garcia’s sexuality (despite the fact that Garcia is married to a former Playboy playmate). In other words, he’s about as good a role model as a rabid badger.

So when he came out with a book for kids called Little T Learns to Share, it garnered its fair share of snickers and disbelief. Really? One of the most selfish, self involved players in the history of American football is going to teach kids about the value of sharing? The story seems to be meant to teach the author himself a lesson, which probably isn’t a good thing. It tells the story of Little T, a kid who receives a new football and doesn’t want to share it with anyone. So basically, it’s autobiographical. Well, maybe not, considering Little T learns that it’s not fun to play alone, which we’re pretty sure Terrell Owens would be perfectly content to do if he could still get paid for it. 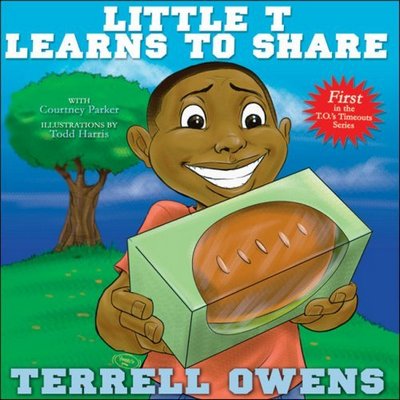 The re-release will have a forward by Chad Ochocinco

Believe us, we’re just as shocked as you are to find out that not only can Tori Spelling read and write, but she has actually published multiple books, including a children’s tale called Presenting…Tallulah. Apparently, it’s about a girl who is always being told what not to do, or something or other. You know, important things like whether or not it’s okay to wear jeans or get dirty. We would guess this is based at least loosely on her own life and her own upbringing but, then again, it’s hard to believe that the queen of Hollywood nepotism was ever once told what not to do. We’re also still trying to figure out what the actual lesson to this book is, though that’s both giving Tori the benefit of the doubt that a message is somewhere within the pages and assuming we want to waste the brain cells on reading her book.

Frankly, we’re not sure that Tori Spelling is qualified to teach anyone anything, unless the lesson is that when you’re homely and lack any discernable talent it often pays to have a rich, famous and influential father in Hollywood who can buy you boobs and put you on a terrible television show that will gain you undeserved fame and riches. 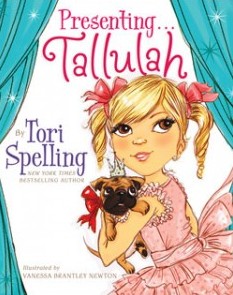 Next up, Harry Potter and the Hollywood Failure

So we go from the queen of Hollywood nepotism to the king of, well, mafia nepotism, we suppose? John Gotti, Jr. is the progeny of, you guessed it, New York crime boss John Gotti, and is probably about the last person (other than the Dapper Don himself) that you would likely expect to write a book for kids. Now, to be fair, no one has published this book yet, despite the fact that it’s called Children of Shaolin Forest and the illustrations were done by his cell mate during his last prison stint. What parent wouldn’t want their kids being exposed to something like that, right?

The unpublished book is about a tiger and a dragon, as you might surmise from a book that includes the word “Shaolin,” and it’s apparently inspired by the heartwarming story of a couple of kids from New Jersey who had been starved by their adoptive parents. Wait, that’s not heartwarming at all. That’s horrifying. So basically, this Mafioso and his convict butt-buddy decided that the best possible inspiration for a children’s book was a story about real kids being starved? Woe, we cannot figure out for the life of us how this book has not been at the center of a heated bidding war between every major publishing house on the planet! 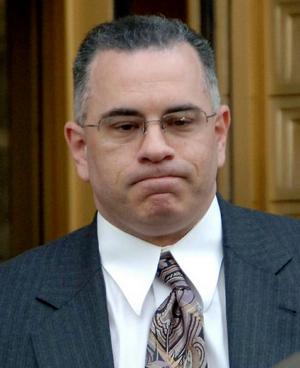 You’d think a guy like this would be more prone to burning books than writing them.

Have some more terrible role models who’ve tried to teach our children? Post them below!