By their nature UFO sightings are strange affairs, but the following four stories contain elements that make them truly bizarre, even in their field.

On the morning of April 17th, 1966, police officers Dale Spaur and Wilbur Neff were investigating an abandoned car near Akron, Ohio. Sometime around five in the morning a bright light was observed approaching the officers from the wilderness. Soon a UFO was upon the two, hovering one-hundred or so feet above them. Not really sure of what to do in this situation, the two men returned to their cruiser and radioed for help. Then, the UFO elevated to three-hundred feet, shone a red light on the cruiser and took off. Spaur and Neff did what any good police officer would do: they chased the hell out of it. 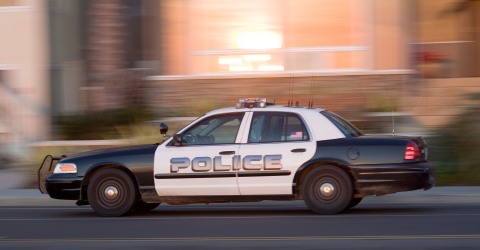 During the car chase the UFO remained about three-quarters of a mile ahead of them. As they continued the chase, radio suggested that one of the men try to shoot it (they didn’t, presumably because they’d read some science fiction and knew that was an idea that would only end in tragedy). As they entered Pennsylvania another officer that overheard the conversation joined the chase. Meanwhile, more officers between Pennsylvania and Ohio reported seeing the same or similar objects. The object eventually disappeared after the Air Force sent jets to intercept it, but all the witnesses were in agreement: that was some pretty messed-up shit.

Project Blue Book, the then investigative arm of the Air Force into UFO related matters, officially announced that the officers involved had been chasing an Echo satellite. For a brief moment in the half hour chase the officers lost sight of the object, at which point Blue Book explained they were chasing the planet Venus which they thought was moving due to an optical illusion. Whether or not it was their intention, Project Blue Book inadvertently implied that over half a dozen police officers were idiots and at least a few of their careers were ruined as a result.

In 1977 the Brazilian island of Colares was seemingly besieged by alien spacecrafts. Several metallic objects were seen in the sky by numerous witnesses, but what makes this story different from the usual UFO case is that the spacecrafts were actively attacking the islanders. Strange beams of light would chase people, and once it made contact left burns, puncture wounds and even permanent baldness in different victims. To say that this was unusual is to say that the sky is blue. 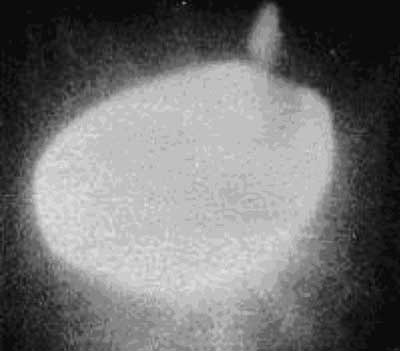 And filled with terror.

Dr. Wellaide Carvalho treated the victims. She reported that along with the previously mentioned physical damage, victims also suffered from dizziness, headaches, fatigue, low blood pressure and anemia. Carvalho herself claims to have been caught in one of the lights but was miraculously uninjured. 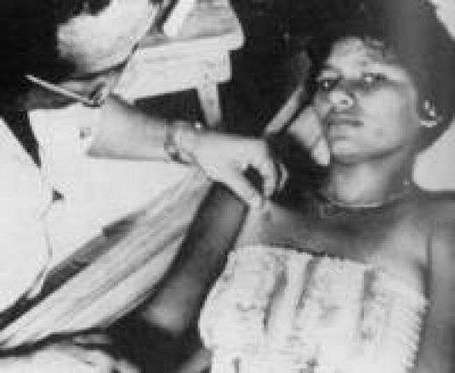 Because UFO sightings are fairly common in South America, but because this one was pretty weird by most standards, the Brazilian government began its own research project called Operation Saucer. Thirty years later, documents relating to Operation Saucer were released to ufologists and revealed that the government had been studying UFOs unofficially since the Forties and had documented several of their own encounters.

At 1:45 PM on January 7th 1948, a circular object was seen hovering some three-hundred feet off the ground and moving west from Fort Knox. Wanting to defend our precious gold, four P-51 Mustangs were dispatched to get a better look at this thing. 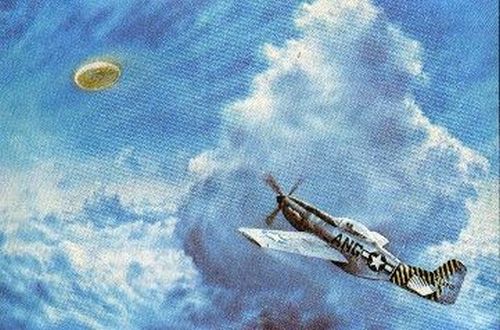 Initial reports described the object as white and circular with a red trim. However, observers in Ohio described it as a flaming cone trailing green mist. Regardless, before pursuit began the object leveled off at ten-thousand feet and began to flee. Right away one of the Mustangs had to drop out of the chase due to a fuel shortage. Two of the pilots described seeing an object but it was too small to properly identify. The third pilot, Captain Thomas Mandell, allegedly described a massive metallic object (the other pilots disagreed that he ever said any such thing).

As their flight altitude rapidly rose it was suggested that the men try to get a better view from below. This was ignored, however, and the chase continued with all three men until they reached twenty-two thousand five-hundred feet. Only one of the pilots had an oxygen mask but it was too low to be used for much longer. Two of the pilots called off the chase. Mandell continued. It would prove to be a terrible decision. Once he passed twenty-five thousand feet he blacked out and his plane began a circular nose dive, eventually crashing near a Kentucky farm. Mandell did not survive.

Originally the official explanation was that the men were chasing Venus (in case you can’t tell, it was a very popular excuse for quite a while). Once astronomers pointed out that Venus would be nearly impossible to see at the time of the day, government officials threw their hands in the air and said “screw it, we have no idea!” instead. To this day it remains unexplained.

A popular theory says that the UFO Mandell chased actually shot him down. While the fainting story seems much more likely given his altitude, an incident in Brazil in 1957 saw UFOs turn their weapons on people similar to the Colares incident.

On November 4th, 1957, sentinels patrolling Fort Itaipu saw an intense light in the sky around 2:00 in the morning. After a few moments of observation the light was growing larger, and the sentinels soon realized that it was an object racing towards the fort. However, it suddenly stopped once it was one-thousand feet above them. When it seemed apparent that this was a UFO, and holy shit it was a UFO, neither of the two men called for help or raised the alarm. Instead, they simply watched. Suddenly, the UFO began to hum before a massive heat wave struck the sentinels. Their clothes caught fire soon after. One fainted while the other dove under a cannon. Other soldiers were alerted by their screams and caught glimpse of the UFO before it fled into the sky. 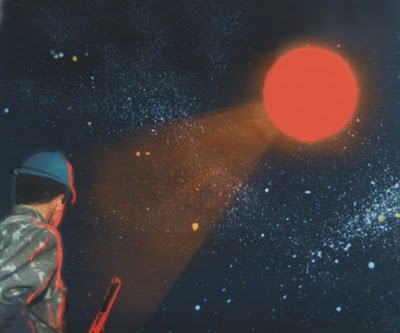 Probably could have hid under the cannon sooner, champ.

The governments of Brazil and the United States launched a joint investigation, though nothing conclusive was drawn from it. The men were treated for their burns but otherwise there was nothing strange about their injuries. No official explanation has ever been given for the event, nor has anyone issued some bullshit statement about Venus attacking a pair of soldiers. It remains one of Brazil’s most notorious sightings.