We are told the music soothes the savage beast. What we’re not told is that it can take that same beast and turn it into a mobilized crowd looking to “break things.” Things always have the chance to get nasty when you bring a large group of people together. Set it to a good beat and you’re just asking for a fight to break out.

If there’s a band worth rioting over, it’s Metallica.

When it was announced that the band would be playing Columbia for the first time in eleven years back in March of 2010, the show sold out. Sixty-thousand people showed up at Simon Bolivar Park and promptly entered sandman, whatever that may entail.

As the show proceeded inside without incident, trouble began brewing outside. Fans that weren’t fast enough to nab tickets formed an impromptu mob and attempted to invade the venue that was already filled to capacity, leading to extensive property damage and violence. One person was even stabbed in the hand. Think about that: is there a musical act that you would stab the hands of others to see? 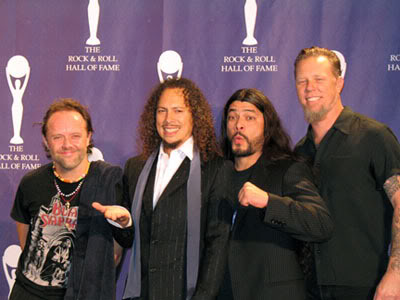 Unfortunately, rioters lack foresight. Initial rumors of a pending riot began circulating on social networking sites. In response fifteen-hundred police officers were stationed around the venue. No number of rioters, metalheads or not, are going to trump that. After the dust settled, eight injuries were reported (four of them being police officers) and one-hundred and sixty arrests were made. But come on, only eight injuries? You’ve got to want it more than that, South America.

Guns ‘N Roses frontman Axl Rose is known for two things: his ability to really piss off his own fans and an unparalleled fondness for snacks. 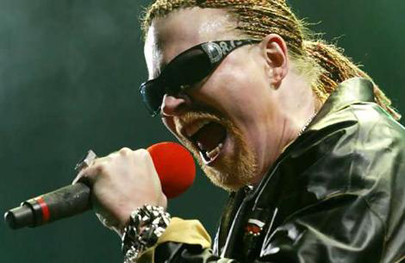 Take me down to Weight Watchers, fatty.

In 1992, the band was touring with Metallica. During a show in Vancouver, Axl sang one song and called it a night, later citing a sore throat. Those in attendance had already missed out on a full Metallica set due to a pyrotechnics mishap and the wrath of an angry God, and decided to voice their disappointment in a polite and orderly fashion. Canadians are known to be polite, but anyone who’s seen a professional hockey game can confirm that they have a temper.

But GNR’s best known riot took place only a year earlier during the Use Your Illusion tour. While playing to a massive crowd in St. Louis, Axl took note of a fan with a video recorder and made the totally logical decision… diving at him from onstage. After serving up vigilante justice (that is, going Batman on the poor guy) Rose threw his microphone to the ground and informed the ticket holders that he was going home. Fans, in turn welcomed him to the jungle, causing extensive damage to the newly built arena in which the show was going to take place and the bands equipment that was left on stage. Rose was found legally responsible for the damage and fined $50,000. What’s more, the band was outright banned from St. Louis for life, a feat not seen since the great Kingston Trio riots of ‘59.

For those of you who might be too young to remember the popular music of the 40’s, Paul Robeson was a well known baritone singer. He also happened to be black, a believer in international socialism, civil rights activist and outspoken against lynching, making him particularly unpopular with a certain group of people. 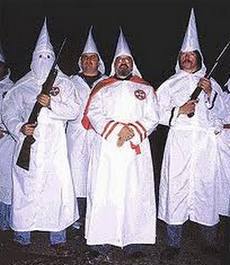 Who could they be, I wonder.

In 1949, Robeson made several comments in favor of peace with the USSR, instantly earning him the label of an evil communist. In response to this, a group was organized to protest a concert taking place just north of Peekskill that August. The group organized under the guidance of, among other groups, the KKK, and proceeded to beat concert attendees with bats before the show even started. Meanwhile, the police refused to act, claiming that the concert site was out of their jurisdiction and that the protest itself was peaceful if you ignore all the bats and cries for help. 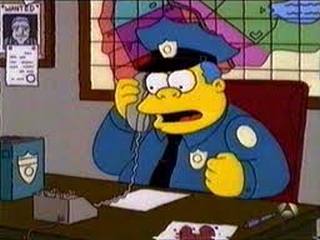 Robeson himself had yet to arrive. The show was rescheduled and took place near the original concert site. This time concert security was provided by union workers who stood around the two-hundred thousand strong audience members in a ring as well as standing on stage with the various performers. The show went off without incident.

Then everyone had to go home and things promptly went to Hell. Vehicles had to travel through miles of angry protesters throwing rocks through windows and shouting racist chants. Over one-hundred people were injured as the police simply watched.

Often toted as the Woodstock of the West, the Altamont Free Concert was the outdoor festival to end outdoor festivals, catering to three-hundred thousand fans. Go ahead, try to imagine that many people. That’s more than most indoor venues will allow, and for very good reason: it’s almost impossible to keep that many people from going crazy. Knowing this, Sam Cutler (then road manager for the Rolling Stones) called upon the help of some guardian angels to keep the piece. To be specific, he summoned the notorious biker gang the Hells Angels. 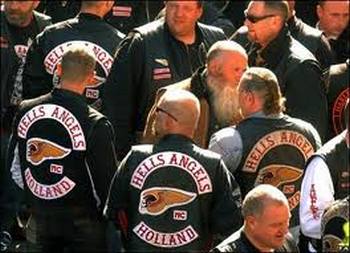 The story as to why they were hired isn’t very clear. As years have gone by, different explanations have been given, ranging from “to watch the power generators” to “to stop people from getting all murderous.” Regardless, the gang accepted, were paid with five-hundred dollars worth of beer and were told to sit on stage as a means to prevent stage-jumpers from reaching the Rolling Stones.

As the Stones’ set progressed, the crowd had grown restless and soon people began rushing the stage only to be beaten back by burly biker types. Meredith Hunter, not one to be bested on the field of combat, pulled a revolver after being beaten and chased back into the crowd, holding it above his head in plain sight of the Hells Angels. Wanting to earn his beer, one member rushed Hunter, parried the gun away and stabbed him twice, leaving him to die alone in a crowd of three-hundred thousand. The night was also notable for the first live performance of “Brown Sugar” but not many in attendance took notice because you know, dead guy.

The Stones weren’t entirely aware of what happened and continued playing out of fear that stopping would result in a full-on riot. When it became apparent that someone had been murdered, the video evidence was studied and Alan Passaro, the man who stabbed Hunter, was put on trial. Citing self-defense, he was found not guilty.