The Apocrypha are books or texts which have been removed from the Bible. Some used to be canon, others merely presented beside the text, but they no longer have a place in mainstream Christianity, though smaller denominations have adopted some of the books.

Many of the books are considered taboo because they’re simply too strange. Others are removed because they don’t seem authentic or present a controversial point of view that seems at odds with the rest of the Bible. What follows are four of the strangest books.

1. The Apocalypse of Peter

Though the New Testament uses a single book for its general doomsaying (Revelations), there have been more than a few “apocalypse” books pertaining to visions had by Christ’s disciples. The Apocalypse of Peter is unique because it gives an incredibly specific image of what goes on in Hell.

In the book itself, Christ has risen and visits Peter and bestows on him visions of both Heaven and Hell. Heaven is pretty much on par with what you’d expect: the earth is constantly in bloom, people wear clothes made of light and are “beautiful” (milky white skin, curly hair) and everyone sings all the time. Not exactly a Sandals vacation but hey, beats nothing, right? 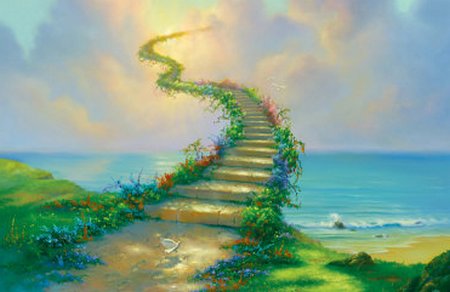 And then there’s Hell. Jesus explains that people in Hell are punished according to how they lived their lives, but rather than leave it to the image we get a great deal of detail. Blasphemers, for example, are hung by their tongues. Women who had abortions are forced into a lake made up entirely of the blood of aborted babies while the spirits of said babies spitfire in their eyes. No, that’s not a Metallica song, that’s Jesus.

Then there are the oddball punishments, like for lesbians. Lesbians are forced to march up a cliff by angels. Once at the top, the angels toss them off and force them back up the cliff again. And again. And again. Meanwhile, murderers are tormented in a pit of “creeping things.” 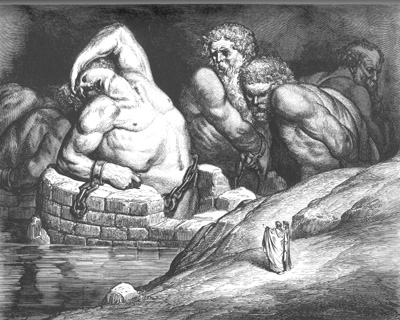 But, in the end Jesus promises that those in Hell will be saved by the prayers of those in Heaven. Peter was supposed to keep all of this a secret, but somehow he or someone else got the bright idea to write it down.

2. The Gospel of Judas

The Gospel of Judas puts a unique spin on the disciple’s life, to say the very least. Infamous for his betrayal of Christ and later guilt, this Gospel casts Judas in a more favorable light. Though not a direct narrative per se, the Gospel of Judas contends that he was the one disciple that actually understood Christ’s teachings and his betrayal was done simply out of duty.

The story goes that God, a luminous cloud (for some reason), created a group of lesser gods and angels who themselves made the physical world. However, because they were imperfect so too was their creation, and pain and suffering followed shortly after. The lower gods demanded tributes in various forms, particularly animal sacrifices, and this led people off the right path. Despite being divine beings themselves, humans soon forgot their connection to God. Enter Jesus and his band of merry men.

However, the other eleven disciples were focused too much on the sensory and physical components of faith and taught what the lesser gods wanted, specifically the glorification of death and sacrifice. Judas, apparently a very good listener, was the only one to get it right and thus had a connection with God. Jesus teaches him that there’s only an afterlife for people like Judas and that those who follow the paths of the other eleven knuckleheads would simply die at the end of their lives with no afterlife at all.

One of the stranger aspects of the book is the death of Jesus. Rather than dying for mankind’s sins, Jesus simply died to get back to his cloud dad. Judas knew this and played along with the whole “betrayal” thing. Though the text doesn’t describe Judas’ fate afterward, he mentions having visions of the other disciples stoning him to death. Not a bad way to go when you consider the alternative. 3. Bel and the Dragon

Bel and the Dragon is an extension of the traditional Book of Daniel and features him as the protagonist. Containing three narratives (one of which features dragon slaying as a key plot point) the book was part of the King James Version up until the 1600s.

The first story joins Daniel as he is in service of the king of Babylon. Taken with the idol Bel, the king starts bragging to Daniel how totally awesome his statue god is because it eats a massive tribute every night. Daniel, ever the detective, points out that Bel can’t eat anything because it’s made of clay and bronze.

A tad pissed at this, the king demands the seventy priests of Bel show him what the shit is going on here. This leads to a wager of sorts: if the priests leave Bel’s offerings as usual and it is consumed, Daniel is to be killed. If not, the priests will be put to death instead. The game is on, the priests leave and Daniel proceeds to scatter ashes on the floor because he’s not one to fall for that nonsense.

The next day everyone meets to discover that the offerings are gone. The priests get pretty cocky until Daniel points out their footprints on the floor. The priests reveal that they would sneak back into the room through a trap door and eat the offerings each night with their families. Daniel destroys the idol and the king has the priests, their wives, and children put to death. Ashes to ashes, dust to dust, and don’t fuck with Daniel.

The second story involves another idol of Babylon, this time a dragon, but it’s an actual living dragon and not a statue. Rather than question why his god would create such a terrible thing in the first place, Daniel goes about his daily routine and slays the dragon with exploding cakes. Though an impressive feat by all measures, the people of Babylon, pissed at having lost two idols, decide it’s time to toss Daniel in the lion’s den, which comprises the final narrative. Oddly enough this incident is separate from the canonical story, though it ends in virtually the same way.

This book isn’t an apocalyptic vision in the traditional sense, but rather a very detailed description of one man’s unfortunate demise. That man is Stephen, and he was one of the seven Deacons to the apostles before he became a horribly mangled corpse.

The story starts with Stephen happening upon an argument about the nature of Jesus. To resolve this, he cites Revelation as absolute fact. This, apparently, is a no-no, and he is declared a blasphemer. It’s your typical case of the Mondays.

Stephen is taken before Paul. Wearing his big boy pants, Stephen demands that Paul accept Jesus as his savior. Not one to be told off, Paul has the man crucified, because nothing says “I’ve accepted Jesus” quite like murdering someone in the most agonizing way possible.

Eventually, an angel comes and takes Stephen off the cross. However, it was apparently this angel’s first day on the job because he does little to actually take Stephen out of harm’s way. Paul decides to go all in and pours molten lead down Stephen’s throat and in his ears, as well as driving nails into his heart and feet because hey, fuck that guy. But an angel comes again and heals Stephen before leaving him there yet again.

The next day Stephen was to be judged by a crowd. However, he begins telling the guards about the second coming of Christ, because this went over so well the first time, and it’s decided that they’ll just stone him to death instead. This time he actually dies and is buried in a silver coffin. An angel only comes after he’s dead and buried to move the coffin. Everyone freaks when they find the body has moved, and Paul converts, becoming Saul. It only took the death of one faithful man to convert another.

The book varies somewhat depending on translation, throwing in additional characters joining in on Stephen’s persecution. The main purpose of the book, however, is to explain Paul/Saul’s past wickedness and later conversion.