James Bond is one of the longest running series in film history. It’s seen a fair number of different actors, writers and directors, so it’s expected that there’s going to be a few inconsistencies between the films. But what we’re looking at today are a few plot holes ranging from major to minor that made us actually stop and say “Wait, what?”

In The World is Not Enough the terrorist and former KGB agent Renard schemes with billionaire heiress Elektra King to raise the price of petroleum by creating a nuclear meltdown in the seas of Instanbul. However, his real motivation in helping King is to kill millions of people in the meltdown because Renard’s literally insane. Dr. No has nothing on this guy. 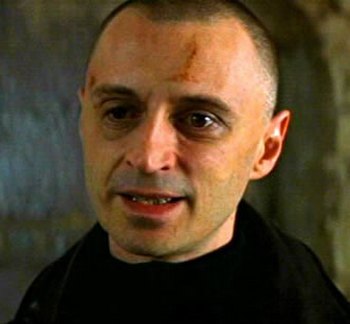 Reanrd’s whole shtick is that previously Agent 009 shot him through the skull. However, he survived, but the bullet remained lodged in his brain and would eventually reach his cerebral cortex, killing him. But until that moment it made him nearly invincible, slowly robbing him of his ability to feel.

The Hole: Renard’s first actual appearance in the film is meant to display both his lunacy and unintentional super power. He picks up a piece of volcanic rock, completely unfazed thanks to the magic bullet, and after a brief moment of just generally being creepy he forces one of his men to hold it. Naturally, the poor sap can’t take it, presumably because he’s yet to receive a botched MI6 job like Renard. 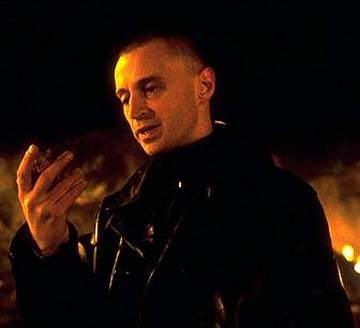 “Get it? I’m playing with fire! But seriously, I desperately need medical attention.”

We get that Renard can’t feel pain, and we’re willing to believe it, but does a hunk of explosive metal in brain mean his skin can’t burn at all? Apparently, the answer is a resounding “yes.” Despite holding something that would melt most people, Renard’s hand is perfectly fine both physical (expected) and visually (what the hell?).

Blofeld is the original Bond villain. As head of the terrorist organization SPECTRE he was the main baddy for six films, making him the main antagonist for Sean Conrey during his run. Though not much background detail is given about his life in the films, he has since become pop-cultures go-to evil mastermind, from the facial scar, the gray collarless suit and the white cat. 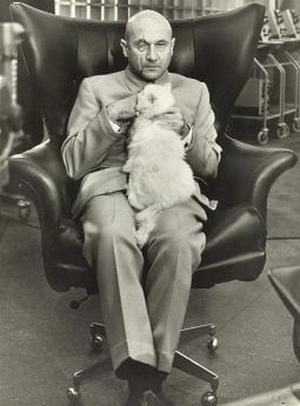 For this entry we’re looking at In Her Majesty’s Secret Service, Blofeld’s fourth appearance. The plot of the film revolves around Bond (undercover) trying to convince his arch rival to leave the Swiss Alps so the British Secret Service can arrest him without having to violate any laws. This goes over as well as it can be expected to.

The Hole: Blofeld eventually recognizes Bond upon his insistence that he leave Switzerland, and while that is indeed rather suspicious it sort if ignores the fact that the two had already met face to face in the previous film and that Blofeld, tired of getting his ass handed to him by this 007 guy, trained his agents using dummies with Bond’s likeness, implying that at some point he at least knew what he looked like. So why the hell does it take him so long to recognize him? 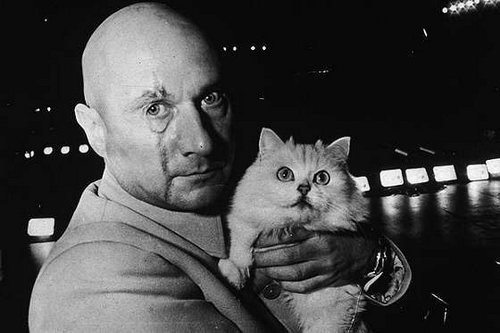 Even Whiskers here can’t believe it.

It may have something to do with the order in which the films were released. For OHMSS the studio wanted to follow the novel more closely. However, OHMSS the novel was written and released before the novel You Only Live Twice, the film in which the two had first met. It’s possible that this continuity error came about because they followed the source material too closely.

Bond spends a lot of time at casinos to get information. Apparently, author Ian Flemming had a fascination with casinos because he genuinely believed they were a hangout for international spies and not just a place for people to ruin their lives financially.

Regardless of the reality, Bond has a tremendous amount of skill when it comes to gambling, which is really odd when you consider how much of it is luck based. It probably wasn’t Flemming’s intention to paint his secret agent as a probability wizard, but there you go.

The Hole: Casino Royale’s plot revolves around Bond getting into a high-stakes poker game with the film’s baddy La Chiffre. La Chiffre, banker to several terrorist organizations and actual probability wizard, screws the pooch when he misappropriates over one-hundred million terrorist-owned dollars. In order to get it back before anyone notices he organizes the poker game. 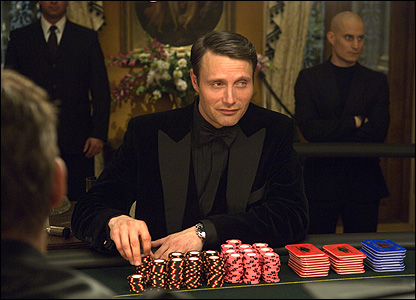 Bankers, take note: do not accept checks from this man.

During the final poker game everyone goes all-in and Bond wins everything. However, La Chiffre held the highest value in total chips, so Bond can only win from each player what he himself put in. Instead of the game continuing between Bond and La Chiffre it simply ends with Bond the winner. Apparently no one in the Casino Royale actually knows the rules to the games they play. No wonder this guy found himself one-hundred million in the hole. He literally doesn’t understand how gambling works.

The Film: Live and Let Die has two notable distinctions under its belt. First, it’s the debut of Roger Moore as Bond. Second, the plot is batshit insane even by Bond standards, which is really saying something when you stop and consider it. 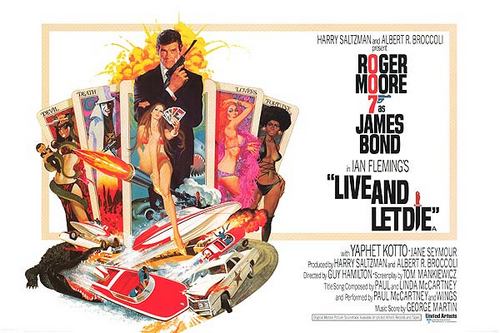 This poster tells you everything you need to know.

Bond is tasked with investigating Dr. Kananga, a U.N. delegate from the island nation Saint Monique. It turns out that Dr. Kanaga is actually heroin pusher Mr. Big and has the entirety of Harlem in his employ (no, really – all of Harlem) as well as the actual Voodoo god of death Baron Samedi. The film received mixed reviews for its similarities to other blaxploitation films of the day and the supernatural elements of the plot. But still, Wings.

The Hole: Early in the film Bond is staying in a hotel. While he freshens up, someone releases a (presumably) deadly snake in the bathroom. Before he can notice it, however, Kanaga’s henchman Whisper, posing as a bellhop, knocks on the door and lures Bond out of the bathroom. After a brief interaction he returns to the bathroom, finds the snake and kills it with fire. 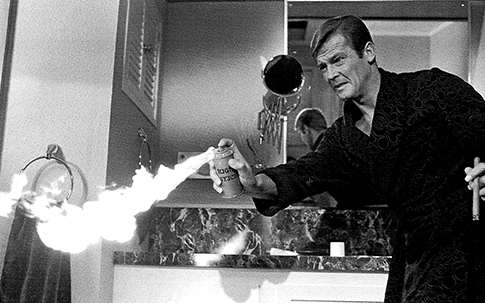 Now here’s the million dollar question: who put the snake in the bathroom? The obvious answer is Dr. Kananga or one of his countless cronies, but if that’s the case then who the hell sent Whisper to lure him out? Unless Blofeld’s working overtime and has become significantly less direct with his attacks, we’re led to assume that the snake was the work of Kanaga’s five-star staff. So the audience is expected to believe that the man can not only push two-tons of heroin while controlling the entirety of both Harlem and Saint Monique as well as summoning Voodoo gods, but he can’t work out the time table to coordinate something as simple as attacking someone with a snake and not sending someone in until well after the snake has had a chance to do everything.