As a general rule of thumb, mysterious disappearances occur in mysterious places. Caves, castles, abandoned pathways and the homes of serial killers are all excellent places to up and vanish. However some disappearances take place in places so mundane, you have to wonder why anyone was there in the first place. Such is the case of the Bennington Triangle in lovely southwest Vermont. The triangle is an undefined area of the state where a series of unsolved disappearances took place between 1920 and 1950. The term “triangle” is used in reference to the much better known Bermuda Triangle and isn’t relative to any points of disappearance. Just to be safe, you should probably avoid the state altogether. No wonder they wanted to disappear.

Perhaps the most notable victim of the triangle was James Tetford. After visiting relatives, Tetford caught a bus for the return trip along with fourteen other people. He promptly fell asleep and five minutes before reaching his destination simply stopped existing. The other fourteen passengers all testified to seeing the man. The only evidence left behind was his luggage and a map on his seat. Over half a decade has passed and Tetford hasn’t been found. He is assumed lost given that, you know, he left the map behind.

On October 21, 1978, pilot Frederick Valentich flew over the Bass Strait of Austrailia with a plan to pick up a few friends and return to his starting point at Morrabbin Airport. He also did not plan to disappear. That’s a vital part of the plan, so please remember it. 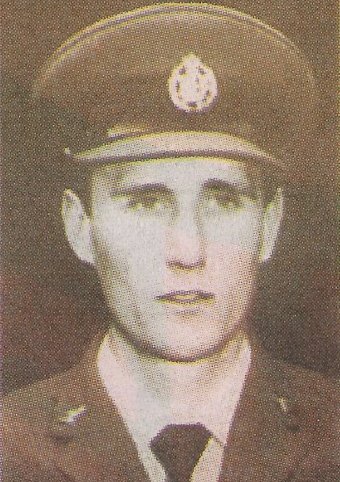 Not even an hour into his flight, Valentich encountered an unidentifiable aircraft at his altitude. Initially thinking it to be some sort of military craft, he reported it to flight services to discover that there was no reported traffic in his area. The ship began moving erratically, eventually hovering over his own craft. A series of flashing lights and one stalled engine later and Valentich’s transmission abruptly ends with some very unsettling industrial noises.

The transcript features descriptions of what many believe to be an alien space craft – long oval shaped, impossibly fast, shiny metal – and the date of his flight coincides with several UFO sightings in Australia. Other theories explaining the events include an elaborate suicide (which would be very, very impressive) or that Valentich became disoriented and was flying upside down and reporting his own craft’s reflection. Regardless of what happened he and his craft have never been found. Adding another level of weird to the story, Frederick’s father later told reporters that his son had an avid interest in UFOs as a teenager and studied them as a hobby.

While on a family fishing trip in Louisiana, four-year old Bobby Dunbar vanished. After an eight month search, police found a boy matching Bobby’s description with handyman William Walters. When questioned about the boy, Walters claimed the child was the son of a woman he worked for and that she granted him custody. The boy was ultimately taken by the police and reunited with the Dunbars, who identified him immediately. Walters was tried for kidnapping and served a two-year term.

Bobby Dunbar lived unkidnapped for the next sixty-two years of his life, dying at sixty-six after raising a family of his own. It was only after he was already dead and buried that it came to light that Bobby Dunbar wasn’t really Bobby Dunbar and that someone owed William Walters an apology or a fruit basket or something. 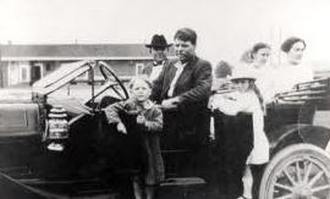 After Walters was arrested, the child’s mother, Julia Anderson, came to defend his claims and innocence. She failed to properly identify the boy as her son in a line up with four other children. Pair that with the two other children she had out of wedlock and suddenly her character is enough to determine that she was just making the whole thing up. Later, after consenting to a DNA test, is was found that the man known as Bobby Dunbar Jr. wasn’t related to his supposed cousin, or the other, non-missing Dunbar son. The real Bobby Dunbar will most likely never be found since so much time passed between when the investigation ended and when the DNA test was conducted.

The Crew of the Mary Celeste

Disappearances at sea are like the WNBA of the mysterious disappearances world. It’s not that they’re bad, it’s just that they aren’t nearly as exciting as other cases. Many cases are explained away by the very nature of the sea itself: storms, sickness, and waves can suck the fun right out of a crew suddenly vanishing. The case of the Mary Celeste, however, is different because it defies all logical explanation. In May of 1861, the merchant ship launched on a trip to Italy from New York only to be discovered by another ship in December of the same year with no crew on board but with cargo and crew possessions untouched. The investigation and frenzy that followed provided more than its fair share of explanations, but none of them hold up. The first and most often cited explanation is a pirate attack. While it’s true that pirates operated in the area, the objects on the ship hadn’t been moved, so if there were pirates involved then they were really terrible at their jobs. 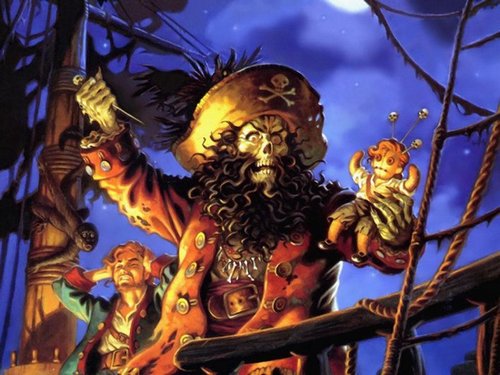 Another possibility was insurance fraud, which didn’t seem that far out of the question at the time. The ship’s previous owner had tried the same thing, getting a pricey premium on cargo made entirely of junk, and tried to run the ship aground. When the damage proved minimal he set the damn thing on fire. The following investigation uncovered his fraud and he died before he could go to trial. But the Mary Celeste’s last haul wasn’t worth much at all and regardless someone would still need to exist to collect the insurance. Weather, the kryptonite of many a sailor, is often cited for the crew’s demise, and while there was water pooling in the bottom of the ship at the time it was discovered, it wasn’t a substantial amount, certainly not enough to warrant an evacuation. However, the crew that discovered the abandoned ship left only a month after Mary Celeste and hit no foul weather themselves. With no signs of a struggle or extensive damage to the ship nothing could be concluded about the crew’s whereabouts.