Picture this…the year is 2077 and it’s the 100th anniversary of Star Wars. Or so we figure, we suck at math. In any case, imagine future generations sitting down to watch the six part Star Wars saga for the very first time. There’s a harsh truth to face here people. Nobody begins watching extended franchises with sequels such as Rocky IV, Robocop 3, Halloween 5 or Police Academy 12. So most likely, future audiences will begin their Star Wars experience chronologically with Episode I as opposed to Episode IV. 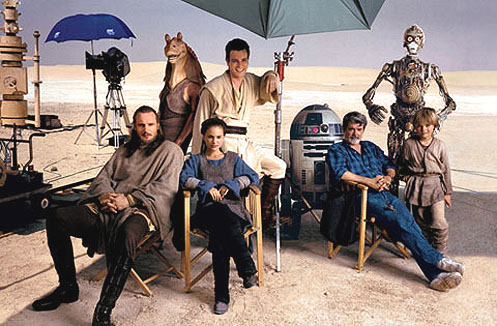 Yeah, that Episode I.

The thing is, when future nerds begin with the prequel trilogy there will be classic plot twists and revelations completely ruined by the time they reach the original trilogy. Okay granted, either viewing method offers different perspectives and surprises along the way. However, as most old-school fans will LOUDLY affirm, watching the saga in order of release is probably the best way to go. Aside from discussing ruined original trilogy plot points, we’ll also be looking at the possibility that certain revelations could have been preserved through tighter writing by George Lucas. Don’t worry prequel lovers, we’re only doing this for the sake of discussion. In the interest of fairness we’ll do our best to refrain from excessive prequel bashing (no promises though). We realize there’s been more than enough prequel hate on the internet already… about 63% of it from us alone. 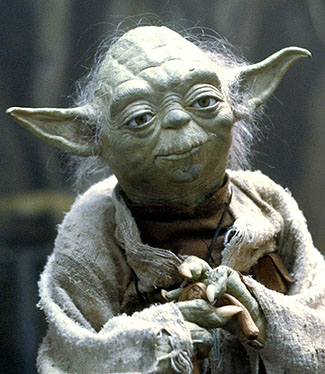 Let’s begin this insanely dorky editorial with a revelation some people may not realize the prequel trilogy has blown. When we originally saw Yoda’s character in Empire Strikes Back he cleverly concealed his identity to Luke and pretended to be a crazy (borderline annoying) swamp muppet. He did so for a very significant reason – to test Luke’s patience before continuing his Jedi training. When it was ultimately revealed that the wacky little green creature was in fact a powerful Jedi warrior, our hero Luke was as surprised by the unlikely revelation as we were.

Unfortunately, future audiences who view the saga chronologically will already know full well who Yoda is since he played a key role in the prequels. We imagine viewers will assume during his reappearance in the saga he’s tricking Luke for a higher purpose or perhaps he’s gone soft in the noggin’ from living in a diseased swamp for 20 years. In any case, the original ambiguity which epitomized the concept of ‘size matters not’ will be destroyed for those who watch the movies in chronological order.

Of the four plot twists and revelations we’ll discuss, this particular story point was probably the easiest for Lucas to salvage had he desired. So how could the Yoda reveal in Empire have been saved you ask? Hold onto your plastic light sabers Star Wars fans – Yoda could have been left out of the prequels entirely.

Yeah, we went there.

Think about it. By leaving Yoda out of the prequels a different Jedi master character could have taken his place in the story. Doing so would have left room for a high ranking fresh face in the Jedi order that could eventually be killed off. Yeah, yeah we know, as it stands Yoda’s failure to defeat Palpatine is what forced him into exile on Dagobah. However Yoda’s exile back-story could have just as easily been for any number of reasons not mentioned onscreen. Keep in mind fans never thought about why Yoda was in exile prior to the prequels. Placing the famous Yoda character into the prequels, especially in such a large role, is what made that question necessary to answer. Now obviously, it was Yoda’s mega popularity and marketability that led Lucas to include him, as well as R2 and C3PO. Ah well, we guess ultimately it came down to a new wave of toys vs. preserving a slick revelation from one of the best films in the saga. 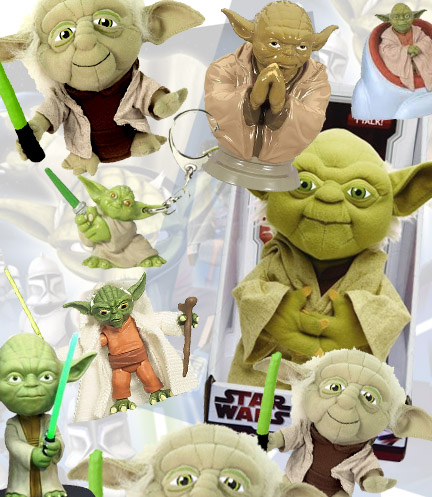 And predictably ‘new wave of toys’ won by a landslide!

Here’s an even more important reveal from the original trilogy that will be ruined for those who watch in chronological order. At the conclusion of Return of the Jedi, Luke faced Darth Vader a second time and gave him a thorough ass kicking. After Luke was through with his family squabble he was left face to face with Emperor Palpatine, a seemingly feeble old prune-faced mummy. Luke tossed his light saber away and viewers were left to wonder what was next? What could this creepy old geezer have up his sleeve? Well kids in the theater back in 1983 were horrified by this sight… 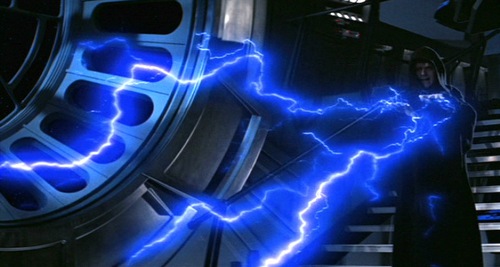 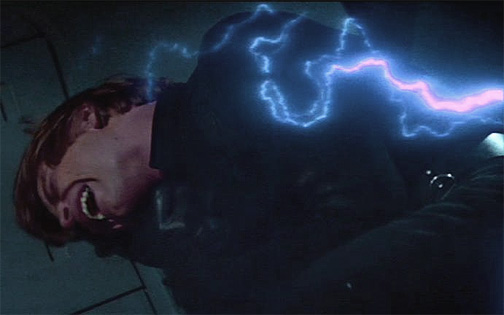 Holy fried fucking testes – that geriatric fossil can blast lighting out of his hands? Yes Luke apparently he can, what a surprise! Well guess what, it won’t be much of a surprise for future generations when they see the same damn thing happen in Episode III.

Leave it to Lucas to rip off himself.

Seriously though, we detest the fact that this incredibly tense and unexpected moment will be undercut for future generations. In our view, it worked better when we saw it only in Return of the Jedi. However, the Emperor’s previously concealed power was used so much in Episode III that viewers will merely be expecting it by the time they see him again.

Short answer – yes. All Lucas had to do was simply hold back on showing Palpatine use his force lightning power to shock Mace (and later Yoda) in Revenge of the Sith. Palpatine is clearly a very capable villain so thinking of some other way for him to dispose of enemies should have been easy enough. He wielded a saber and killed Jedi with it – why not just have him kill Mace with the saber too? And for the record, we could have lived without seeing Dooku attempt force lightning in Episode II as well. 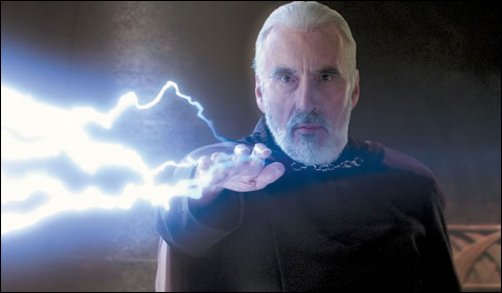 Christopher Lee is awesome enough on his own. He didn’t need to bootleg Palpatine’s gimmick.

Okay here’s where shit get weird. Now to be honest, Luke’s awkward familial relationship with Leia is not something that is the fault of the prequels. It’s more the fault of Lucas for wanting to hastily wrap things up in one movie (Return of the Jedi) as opposed to letting the story play out the way he originally planned through future sequels. That aside, Luke’s true relation to Leia was originally unknown until Return of the Jedi. This blissful ignorance made their incestuous kiss in Empire Strikes Back slightly less vomit inducing. 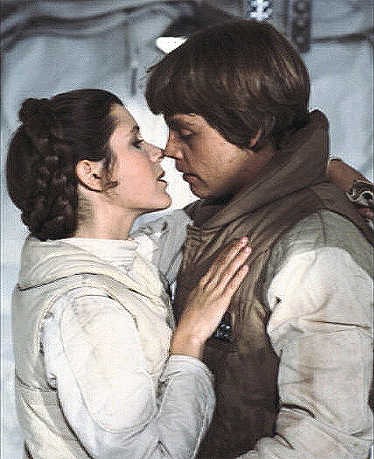 Oh stop it already you two. Get a room.

So how has the prequel trilogy ruined this uncomfortable original trilogy plot twist? Well by literally showing Luke and Leia born, showing them named and showing them shuffled off to their hiding places in Episode III. Future viewers will be deprived of the mystery behind Leia’s character because the second they hear her name mentioned and see her looking all Padme-ish they’ll put two and two together. Viewer awareness of Leia’s secret identity instantly changes how she’ll be perceived in Episodes IV-VI. For instance, she’ll no longer just be a rebel princess who is tortured and pursued across the galaxy by Darth Vader. Instead she’ll be Vader’s long lost daughter – who he obliviously tortures and pursues across the galaxy. 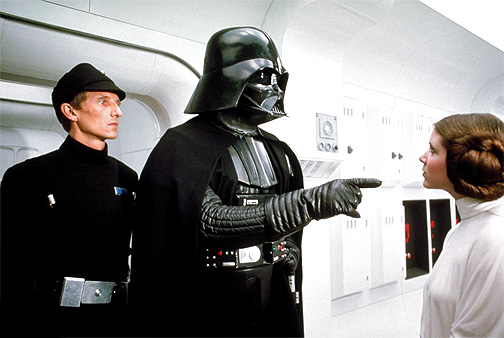 Don’t forget about the finger pointing. Nobody likes stupid fingers pointed at them.

This is a tough one but we’re also going to say yeah – maybe. Perhaps Lucas could have avoided revealing Leia by not showing her birth onscreen but instead just mentioning that Padme gave birth to twins. Luke being brought to Tattoine could have been revealed, however Leia’s whereabouts (and perhaps even the sex of the other baby) could have remained uncertain. Admittedly this would have been difficult to pull off considering Lucas preferred to have everything spelled out in the prequels. Ah see there we go, bashing again. Okay, we’ll stop. Let’s just finish this article with our final entry…

“I Am Your Father”

The infamous “I am your father” plot twist may be the biggest bombshell lost to future generations who view the Star Wars saga in order. For those who watch Anakin grow and evolve into Vader in the prequels, the character is clearly perceived as tragic rather than pure evil. This unique spin was Lucas intention when he decided to make the prequels so in that respect he succeeded. Hell even we’ll admit, when we see Vader appear in A New Hope, we imagine a scarred Hayden Christensen under that iconic mask.

Also, we think about bacon.

Obviously knowing Anakins’ full back-story changes everything. For example, Obi-Wan’s initial talk with Luke about his father in A New Hope is almost entirely bullshit (or perhaps bantha shit?) from beginning to end. So in this case, instead of viewers being in Luke’s shoes, and in the dark, future viewers will instead simply anticipate Luke eventually learning the ugly truth. Not exactly the same thing though is it? Anyway, we could site a ton of these points but alas it’s time to wrap things up.

There’s no way on earth for Lucas to have preserved the ‘Whose your daddy’ plot twist. The second he decided to make the prequels about Anakin’s back-story and his fall from grace any hope of maintaining the character’s mystery went out the window with boring Mace Windu. However, “I am your father” is perhaps so embedded in pop culture history that we’re forced to admit in this case, maybe there was no need to even try salvaging the twist. But we suppose that’s arguable, as are most things when it comes to Star Wars. If you don’t believe us go sign up to any Star Wars forum and make a post with a trollish opinion about the movies.

The flame war that will follow could be uglier than Luke and Leia’s mutant offspring. 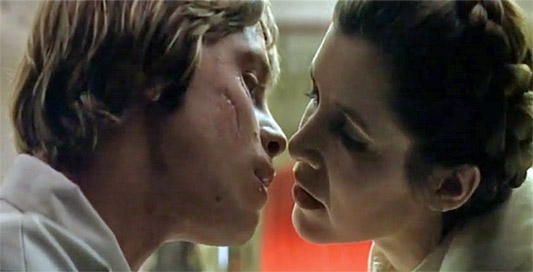