Hollywood loves to try and make us believe crazy things. Many times it succeeds with ease, mostly when the stories are realistic and easily conceivable, or at least enough for us to suspend our disbelief. However, everyone has their limit and sometimes we can’t help but point an accusatory finger and cry “Shenanigans!” We can’t be so easily tricked by such outrageous tomfoolery …unless the stories that seem most ridiculous turn out to be the real deal.

In the small Louisiana town of Bon Temps, and the rest of the fantasy world in which the hit television show True Blood takes place, vampires are mainstreaming into society. With them come all of the darker parts of human society, including liberal drug use. It turns out, vampire blood, called V, acts like a highly potent drug for humans. It is a psychedelic and sexual stimulant. Like many other drugs, people tend to overdose from it in terrible, horrifying ways. 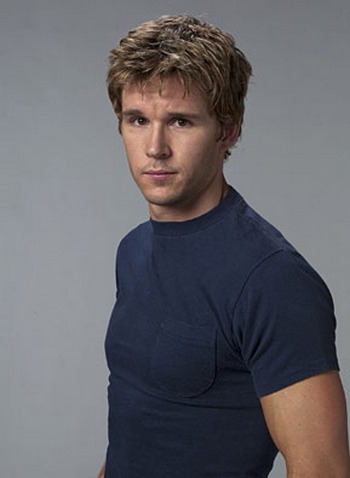 One of the characters, Jason (shown above), learns this first hand. Compromising circumstances lead him to take an entire vial of V instead of the recommended one or two drops. This causing him to get a painful, enormous, persistent hard on. It gets so bad that he has to go to the doctor. The only cure is to have his penis drained. Jason, at first, adamantly refuses to let a needle get anywhere near his junk. Until the doctor tells him if it isn’t drained, it will need to be cut off. That’s right. Jason has such an extreme hard on, he almost had to have his penis cut off. Thank the stars it could never come to that, right? 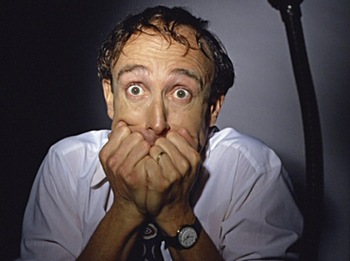 Wrong. Unfortunately for penises everywhere, that is so very wrong. For example, a man in the Dominican Republic decided to take way too many sexual stimulants… WAY too many. The resulting erection was so painful and horrifying that the man’s penis started turning black. He was starting to get gangrene. 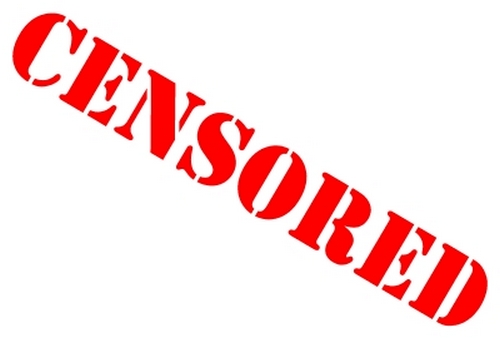 You don’t even want to see it on fingers.

The doctors believed the only thing they could do was cut his penis off. Thankfully for the man, his wife didn’t approve the surgery. Instead he got treatment and his severe case of priapism slowly went away.

How I Met Your Mother

The show How I Met Your Mother revolves around the character Ted Moseby, who is telling his teenage children the story of how he met their mother, his wife. Now you understand the highly cerebral title. Anyway, the show is going into the sixth season and, while viewers have met A LOT of other woman, they have not met the Mother. 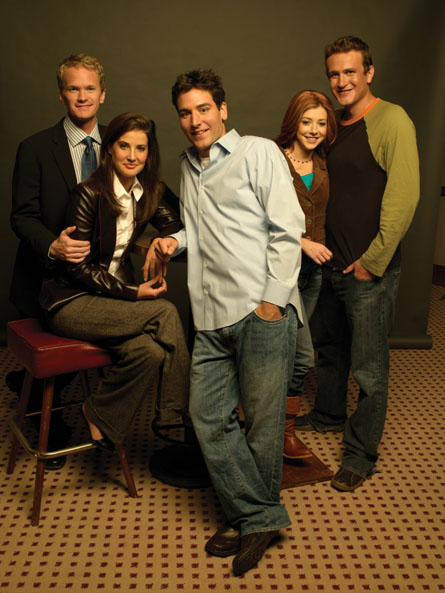 It should really be called: How I Met Syphilis

There have been teases of course. Throughout the seasons, Ted has crossed paths with his future wife a few times during their respective adventures in New York City. They do say it’s a small world. And it’s not like the population of New York City is something ridiculous like eight million. Oh wait…

Despite such preposterous odds, How I Met Your Mother has no shame in having two people cross paths again and again in one of the most highly populated cities in the world as if it’s actually possible.

Just a few days before their wedding, a young couple, Donna and Alex, was looking through some old family photos. Flipping the pages casually, a picture of the woman and her siblings on a Disney World vacation as children caught the engaged man’s eye. Not because the photo was cute, but because the man pushing a stroller in the background looked familiar. 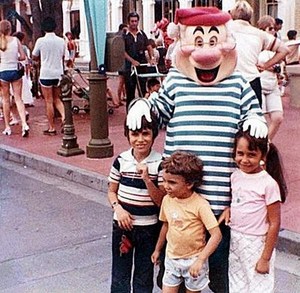 Do I know you?

It turns out the man was Alex’s father. Who was he pushing in the stroller? Why Alex of course. It turns out the couple had crossed paths as children in Disney world, even though Alex lived in Montreal at the time.

How ‘bout them odds?