Fame is something that is awfully hard to earn. Not only do you have to be born with natural talent, but you have to work hard to cultivate that talent and become one of the best in the world at that particular skill. LeBron James is famous because he’s a physical freak who worked his butt off to become the best basketball player in the world. Meryl Streep is famous because she honed her craft to the point where she became perhaps the greatest actress in movie history. At the end of the day, hard work and dedication pays off in the form of fame and fortune for a lucky few. And a few even luckier few just stumble into fame and fortune for completely unknown reasons.

Quick survey: who here had ever heard of Paris Hilton prior to her sex tape? Or that god awful reality show she did with Nicole Richie, who is equally famous for no good reason other than her adoptive father is Lionel Richie (who in turn is famous because he had the sweetest jheri curls this side of the Soul Glo dude in Coming to America)? Now we can’t actually count your hands because, if we could, you’d probably be creeped out by the fact we can see you, but we’re guessing the answer is zero. So what possible reason could there be for Paris Hilton being so ridiculously famous?

For starters, she happens to be an heiress, which also makes her an entitled skank who thinks an awful lot of herself despite accomplishing nothing of consequence in her life. She’s moderately attractive, but kind of funny looking and has cold, dead eyes if you ask us, so clearly her “beauty” isn’t what gained her fame. At the end of the day, we are utterly, totally, completely convinced that she’s famous for one reason, and one reason only: she enjoys engaging in night vision sex and having the footage “accidentally” released online. And it’s not even good night vision sex, either. We don’t care how rich and (soon to be) famous you are, there’s no excuse for answering a phone in the middle of getting busy. 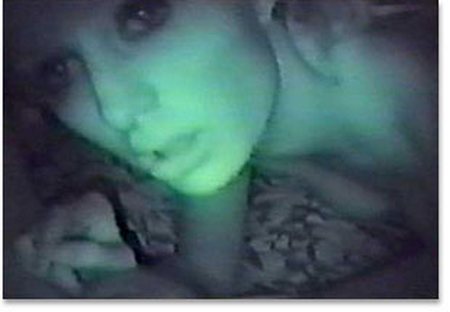 That’s either Paris Hilton or an alien, we can’t be sure.

Now while Paris Hilton is famous despite not being all that hot, Kim Kardashian is actually, well, exceptionally hot and packs a lot of what the kids call “junk in the trunk.” Which can be a good thing. Just ask Reggie Bush. Still, here’s another case of someone gaining fame not for any of her own deeds, and not even for her parents deeds. She gained fame because her mom used to be married to former Olympian Bruce Jenner. Seriously, that’s it. Now she’s known as a “celebutante,” which is a word that just makes us want to punch the person who created it for being actually lending credence to these awful, awful people who have no business being in the limelight.

Of course Kim’s fame skyrocketed when she found herself and her gigantic booty on a reality show and later, much like Paris Hilton, the star of a sex tape that had better cinematic value that Paris’ but didn’t perform as well at the box office, so to speak. Kim is actually just one member of an entire family of people who have gotten undeserved celebrity status, including sisters Khloe and Kourtney as well as various stepbrothers and stepsisters, including reality “star” Brody Jenner. It just amazes us how someone can gain fame for basically being a wealthy socialite, and for whatever reason, television producers decide that these people would make for interesting study on their very own reality shows. At the end of the day, maybe those producers are really the ones to blame. Nah, it’s the vapid “celebutantes.” 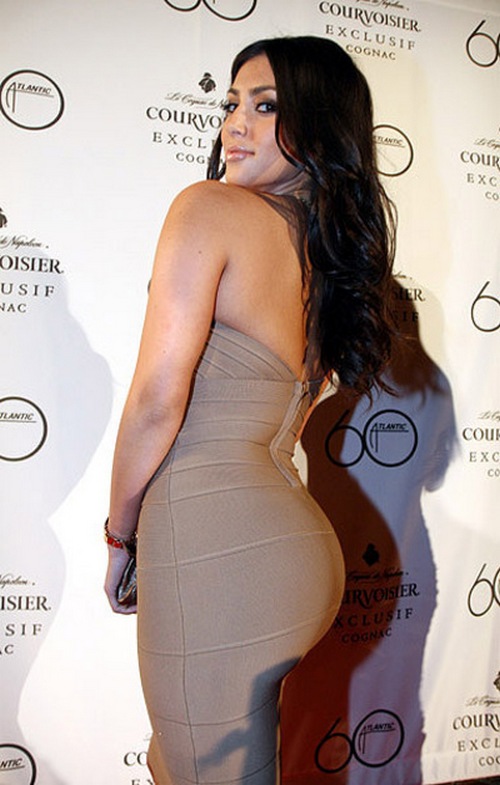 Yes, Kim, we realize that’s your only “asset.”