Home Home 4 Movies That Were Banned for Ridiculous Reasons

There are a lot of movies that we can fully understand might be banned for various reasons. Maybe there’s too much graphic violence, sex, gratuitous use of Mickey Rourke’s face or some combination of all three. After all, with movies like Cannibal Holocaust out there, it’s no wonder that there are films that people will simply refuse to show in certain parts of the world. Heck, we can even understand why movies like Monty Python’s Life of Brian and South Park: Bigger, Longer and Uncut were banned at one time or another, since the content was extremely cutting edge and risqué as opposed to what people were used to. But then you have movies that you would never, ever guess have been banned, the only thing weirder is the reasons given for the gag order. 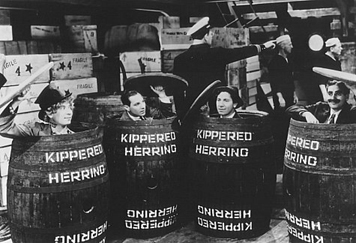 Let’s start with an old school classic from those oh-so nutty Marx Brothers. Now, if you’re not familiar with the Marx Brothers, get out. Seriously, just leave. But assuming you are, and you’ve ever watched any of their films, there’s a solid chance you’ve seen their 1931 classic Monkey Business. In the film, the Marx Brothers stow away on an ocean liner and wind up getting into various hijinks with some gangster types, and hilarity ensues. Sounds like a typical Marx Brothers movie, right? Nothing too crazy or out of the ordinary?

Well don’t tell that to the people of Ireland, who banned the film immediately upon its release. Why? Because they thought it would “incite anarchy” in their nation. Now let’s get a couple of things straight right off the bat: first, this is a Marx Brothers movie. The brothers engage in some pretty wacky antics for the time (assuming most shenanigans hadn’t been invented until the late 60’s). However, the most subversive they get is Harpo posing as a puppet in a Punch and Judy show. It’s not exactly earth shattering stuff we’re talking about. Second of all, this is Ireland. Were the Irish, of all people, really worried that the comedic stylings of a few Americans would increase the drunken tomfoolery in their nation any more than usual? Oh, and just as a follow up in case you were curious – yes, the movie has since been unbanned. 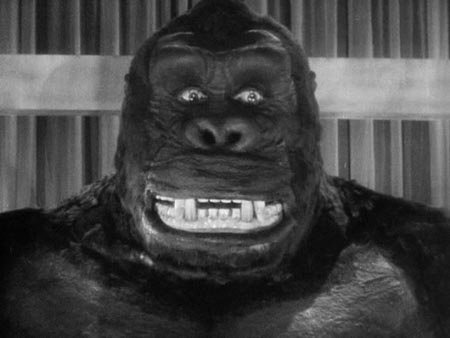 Even Kong laughs about how ridiculous he looks.

First things first, we’re talking about the original, 1933 version of King Kong, making this the second oldest entry on the list. King Kong is an absolute classic, and it’s the reason that Peter Jackson decided to become a filmmaker and why he chose to remake the movie into an overly long action film with ridiculously good special effects. Speaking of special effects, have you seen the original King Kong? Granted, they were pretty groundbreaking at the time, but looking back now, they’re so bad that they are almost comical. So was it because of how ridiculous the ape looked that Finland chose to ban the film?

Nope, it’s because that ridiculous stop motion ape was, apparently, insanely violent and horrifying for all to behold. We totally get that the 1930’s were a different time and movies were new and fresh and people didn’t really know what to expect. And he definitely eats his share of people throughout the film. However, looking back, it all looks so absurdly bad that it’s hard to fathom that at one time it was considered too gory to be seen by those wacky folks we like to call Finns. We can’t imagine what they must think of the Saw series…