We all know that NASCAR is the modern-day gladiatorial arena and as such has seen its fair share of controversy and tragedy. But some of the most shocking accidents in racing have happened outside of NASCAR, some happening well before the organization was even formed.

A motorsport of the early 1900s, board track racing was America’s response to logic and safety. The course, an oval constructed with wooden planks, was tilted at an angle between twenty-five and sixty degrees. Why such a huge difference? Higher corner speed and G-force, which we’re sure sounded like a great idea at the time. 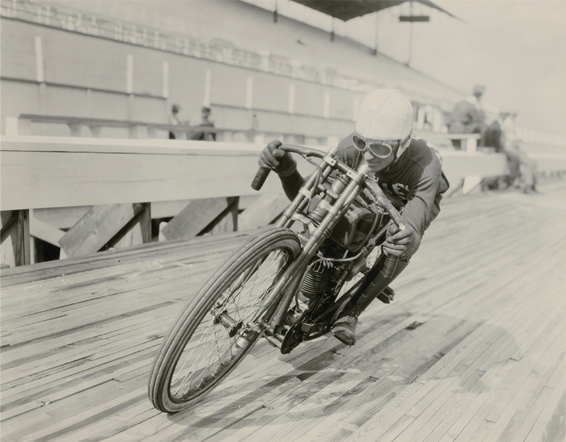 Automobiles would race on these tracks, though it was more common to use motorbikes. The spectators would watch from the top of the track. Notably, the price of admission didn’t cover helmets, extended hospital stays or the cost of a tasteful funeral.

The beginning of board track racing’s demise came in New Jersey in 1912. Rider Eddie Hasha had been breaking pro records on the West coast before hitting the Eastern circuit. After completing Newark’s main event, Hasha competed in a six man handicap race, and that’s exactly where things started to look down. Hasha, who was leading in the third lap, started to experience trouble with his bike. While attempting to fix the issue he was passed, so he increased his speed. At ninety-two miles per hour Hasha’s bike made a sudden turn into the crowd and began riding the rail, decapitating one boy. The bike then hit a post and sent Kasha flying into the grandstands – he didn’t survive. Somewhere in the chaos four other boys were killed before the bike dropped back into the race, striking racer Johnny Albright and rendering him unconscious (he died four hours later). 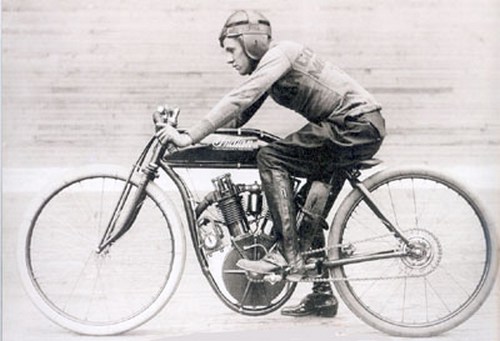 The track was never reopened. The then new New York Times ran an article describing the event as “murderdome.” Over the next two decades the sport was phased out of America.

Started in 1923 as the first endurance race in motorsports, the 24 Hours Le Mans is a day-long race outside Le Mans, France. A team of riders take shifts driving a car provided by a major manufacturer. Not only does it test the endurance of the riders (who generally ride in two-hour shifts at a time) but it also tests the endurance of the cars. Mechanical failures cost a great deal of time, so manufacturers experiment with different designs and materials.

For the ‘55 run Mercedez-Benz unveiled the 300 SLR. The car’s major differences were an ultra-light body of magnesium alloy and the drum brake system, which was outdated by the year of the race. The car had a faster speed at the cost of slower braking, which couldn’t possibly backfire in anyway at all.

Pierre Levegh was behind the wheel of the 300 SLR. He was trailing the lead position Jaguar at the end of the 35th lap when the Jaguar suddenly stopped to refuel. Because the Jaguar was using a new break system it was able to slow down much quicker than those behind it. In the ensuing chaos Levegh had little time to react. He struck another car, but the aerodynamic design of that car sent the 300 SLR flying through the air, over an embankment and into the crowd. That’s pretty bad.

But it gets worse: the magnesium alloy had a very low melting point, creating a white-hot inferno when the car combusted that lasted for seven hours. In all, 84 people (including Levegh) died though officially it was ruled a simple racing accident unrelated to any one vehicle’s design.

To understand how an entire season qualifies as a single tragedy you need to first understand that the previous three decades of the sport were marred by accidents, which is somewhat expected when your race utilizes the fastest race cars in the world exclusively. By 1982 the bigwigs thought they finally worked out a less lethal way to enjoy the sport and implemented new technical rules to make for better racing. The actual racers disagreed, however (Mario Andretti cited the new rules as the reason he left F1) and many of the participants protested to no effect.

The first accident occurred during the qualifying session of the Belgian Grand Prix. While attempting to pass another racer, Gilles Villeneuve pulled into the right lane, but so did the car he was attempting to pass. Villeneuve’s Ferrari somersaulted through the air at one-hundred and forty miles per hour, throwing Villeneuve from the car. He died of his injuries later that evening.

Part two happened in Canada a few weeks after the qualifier. Another Ferrari driven by Didier Pironi stalled at the starting line. All other drivers were able to swerve around his vehicle without issue except for rookie Riccardo Paletti, who slammed into the back of Pironi’s car. The many internal injuries Paletti suffered required immediate medical attention. Unfortunately, this became impossible when a fuel leak from his car ignited, and medical staff couldn’t reach him for twenty-five minutes. He died en route to the hospital.

When you think of the phrase “death race” you probably think of this: 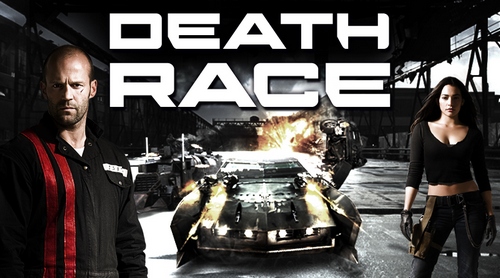 But perhaps you should think of this instead: 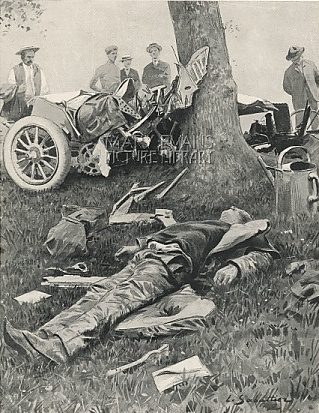 It’s hard to give the folks behind the Paris-Madrid race too much flak because motor racing was still relatively new in 1903. Still, before the race even began people knew enough that you shouldn’t race in public streets (which had been banned in France years earlier). But because of massive international interest the race took place against virtually everyone’s better judgment.

Two-hundred and twenty-four racers were involved and divided between different weight classes of cars and motorcycles. The race itself would take place over three separate legs, with all repairs and refueling happening during the race itself.

French media reported heavily on the race and during the buildup, leading to hundreds of thousands of spectators coming to the race. However, there were two major problems from the get go: poor conditions affected the visibility of the drivers and spectators ran into or stood in the road. A police force was deployed to keep the spectators from interfering with the race but did little to help. Spectators were struck by drivers who couldn’t see them in time.

Meanwhile, drivers crashed into each other (some slowed down to avoid spectators) or into trees for the same reason. The race was called off after the end of the first leg.

Ultimately eight people died, hundreds were wounded and half of the cars were either destroyed or retired early due to technical difficulties. Street racing was banned in France for the next twenty years.