It takes but one person to start a rebellion. What follows is a list of four such people, each who helped spark now famous rebellions. Though they didn’t always succeed, each has earned their place in history.

Bolotnikov’s slavery began in Russia, where he was owned by Prince Andrei Telyatevsky. Deciding he wasn’t built for this whole “slave” thing, he escaped, only to be captured and sold back into slavery, this time as a rower on a Turkish ship. He escaped yet again and fled to Venice just to get captured again in Poland. Talk about a case of the Mondays.

After his capture in Poland, Bolotnikov was sent to Russia where he was made an envoy and put in charge of a small military unit. Still not quite able to get over the continued existence in servitude, he mustered up a small force of slaves and disgruntled workers, promised them the extermination of the ruling class and a new social order and soon had a revolution on his hands.

Bolotnikov marched from town to town, ravaging cities and putting down opposing armies. Other rebellions were occurring at the time and Bolotnikov was able to increase the size of his own army by appealing to other groups. Eventually his forces were over thirty-thousand strong.

When the noblemen realized that hey, this guy was serious, the Tsar decided to lay the hammer down. With all the rebels in one location, Tula, he attacked in May of 1607. Despite starvation, the rebels were able to repel the attackers until October. Bolotnikov, realizing he couldn’t exactly lead a rebellion of starved-out corpses, negotiated his surrender. The Tsar agreed to his terms of pardoning the rebels, but reneged on it almost immediately. The other leaders of the rebellion were taken to Moscow and executed in different ways. Meanwhile, Bolotnikov was blinded then drowned.

We don’t know much about Spartacus outside of the rebellion that made him famous. We do know, however, that he was once a soldier before being forced into slavery, ultimately becoming a gladiator. If there’s one person you wouldn’t want to be a gladiator, logic seems to dictate it would be a professional killer, but then again hindsight is always 20/20. 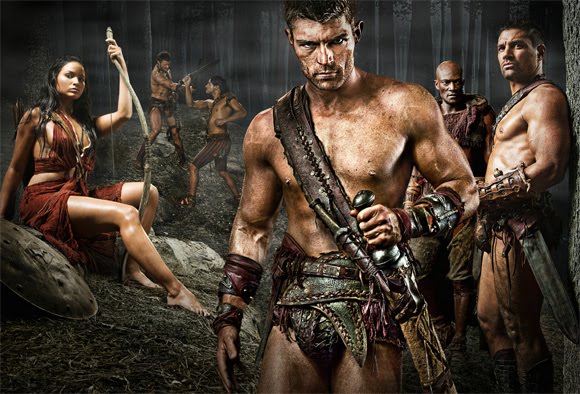 They presented him very well in TV show

In 73 BC Spartacus was being trained in a gladiatorial school when he and seventy other men plotted an escape. Their plan was betrayed but the group managed to fight their way out and absconded with several wagons of gladiator weapons and armor. After defeating the initial force sent after them the group set up base camp in Mount Vesuvius.

At the time the Roman army was somewhat lacking, having sent legions to fight against a rebellion in Spain. Spartacus, serving as one of the group’s three leaders, took advantage of this and raided several towns throughout Rome. Realizing things had gotten a little too real, the senate sent a series of legions under different commanders to put that shit to an end. While they had a few victories over smaller slave groups, Spartacus managed to defeat each one, proving himself to be a magnificent tactician. At this point his own ranks were over seventy-thousand strong. 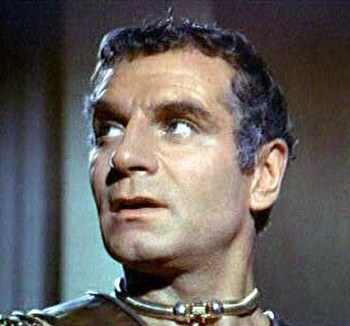 Finally, the senate gave eight legions to Marcus Crassus, the wealthiest man in Rome, and gave him the task of bringing down Spartacus. Crassus proved himself to be a wise tactician himself, attacking with only two legions at first before bringing in the other six. At this point Spartacus was on the down swing and it only got worse when more legions returning from Pompey arrived at the battle. Many of the slaves fled the scene, prompting Spartacus to simply go all in and charge. This did not end as well as he hoped and the rebellion died with Spartacus.

Gaspar Yanga was believed to have been a royal family member in Gabon before becoming a slave during Spanish colonial rule of Mexico. In 1570 he came to lead a slave revolt in Veracruz, Mexico, with his group eventually settling their own colony by traversing the difficult terrain and escaping to the highlands. So far, so good. 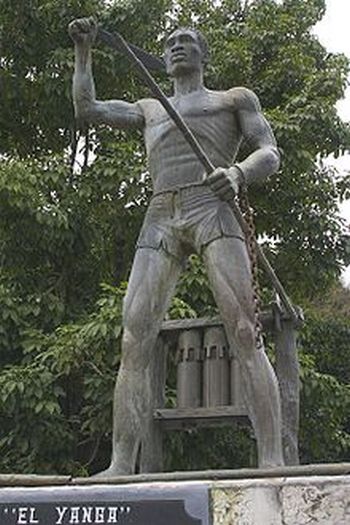 It didn’t hurt matters that he was a freakish giant, either.

Unlike other rebellions, there wasn’t extended fighting following the escape. In fact, the colony existed peacefully for about thirty years, partially because of the surrounding terrain, and survived by attacking passing caravans (no one said freedom was pretty).

Then the story gets a little weird. Yanga’s colony was eventually attacked by Spanish forces in 1609. The troops numbered five-hundred and fifty, of which only one-hundred or so were actually trained Spanish troops. Meanwhile, the colony deployed one-hundred troops with guns and four-hundred more with whatever could be justified as a weapon. This would seemingly end in tragedy. 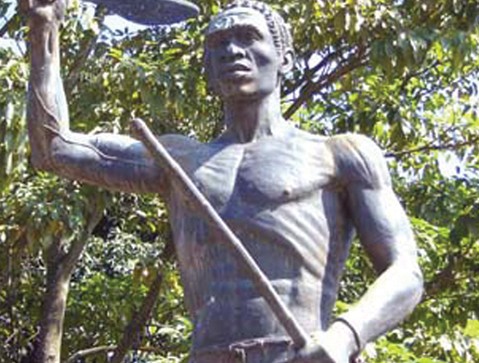 Yanga was relying on his group’s superior knowledge of the surrounding area to frustrate the Spaniards to the point of surrender, but before engaging the enemy he offered a treaty wherein the colony would be declared independent territory that would offer Spain tribute and military support should they need it. This was scoffed at, and the battle was on.

With both sides taking heavy losses, the Spanish advanced on and burned the colony. However, the locals had fled into the surrounding wilderness, leading to a stalemate that lasted for years. Eventually deciding they had better things to do with their time, the Spanish agreed to Yanga’s terms. In 1618 Yanga was given the right to rule with the treaty signed. The colony would later become San Lorenzo de los Negros de Cerralvo.

A unique entry on this list, John Brown wasn’t a slave himself but rather an abolitionist who believed that armed insurrection was the most effective way to obtain freedom. Because of this he can be considered America’s first domestic terrorist, a distinction I’m sure he’d feel great about if we hadn’t had him executed. 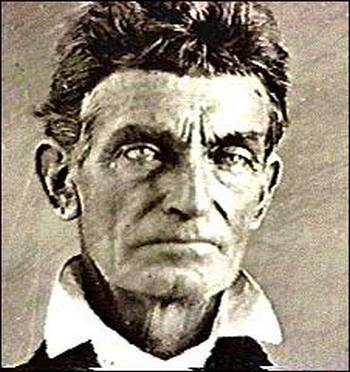 To be fair, he looked pretty crazy.

Though he had a few notable events under his belt, the one that brought him the greatest notoriety was a raid in Harper’s Ferry, Virginia, in 1859. After raising funds (and getting some firearms) for two years, Brown led eighteen men armed with rifles and pikes to the Harper’s Ferry Armory, looking to secure thousands of muskets to arm local slaves with. The armory was defended by one watchmen who was easily overcome, and so the armory was theirs. Brown’s strategy was to attack only when attacked and to simply rally enough slaves that the institution of slavery in Virginia collapsed. After claiming the armory he headed south to do just that.

Things were going good until a train passed through the area. The baggage master tried to warn the passengers of what he saw, but after demanding that he stop, Brown’s men opened fire, killing him. The conductor of the train later sent a telegraph to the Master of Transportation describing the attack, and news soon reached Washington.

Things finally fell apart for Brown on October 18th. Having moved his men to the engine room of the armory, Brown found himself surrounded by a company of Marines. He was offered a chance to surrender, which he declined, before they busted through his barricades and had him arrested. Many of his men were killed and Brown himself was hanged.