Psychic powers: according to every Japanese role-playing game ever made, they are a necessary key to saving the world. If you could peer into the mists of time and know the exact date a tremendous tragedy is going to strike, wouldn’t you feel it to be your responsibility to tell others? Of course you would, because that’s what Ben Parker died for.

More often than not, alleged psychics are off the mark with their predictions, but a few miss by such an incredibly margin that you have to wonder why they even try. Take for example…

The Psychic: Mary’s story is pretty typical: born with amazing gift to strict Christian parents, she went to Catholic high school. Here’s where her story gets juicy: according to her website, she holds a brown belt in karate. That is to say, should her mind bullets fail to end your existence, she can simply snap your neck before hitting the arcade with the boys from Cobra Kai. So she’s a psychic karate master. That’s pretty impressive, actually. What failed prediction is so bad that you can’t remedy it with a roundhouse kick?

The Prediction: In the run-up to the 2008 presidential election, Sensei Bogart posted this little gem to her website (it has since been removed):

“A terror attack right before the 2008 election which is the deciding factor in Rudi Giuliani becoming president.”

If you’re not American or don’t follow the slot car races that are our electoral process, allow us to explain this to you: it would have taken a series of miracles and powerful warlocks practicing the dark arts to have made Giuliani president. We’re not going to say it was impossible: Up until the end of 2007, the man was running a strong campaign and looked poised to snatch the Republican nomination. But as he began to falter we all caught a ride on the McCain train and Rudi opted to drop out, throwing his support behind McCain. The only way he was getting the vote at that point was if the fabled terrorist attack was so severe, so ground-shatteringly horrifying that it uprooted American society, causing us all to write in Giuliani in a state of confusion. 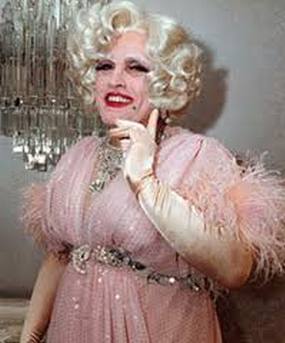 And what a state it is.

Oh, and we can’t seem to find any videos of Mary practicing karate on YouTube. So we’re guessing that makes her a liar twice.

The Psychic: Some say he’s worse than Hitler. Others like his facial hair. Regardless of what you think of this guy, one thing is certain: the man loves attention. When not threatening global annihilation or claiming homosexuals don’t exist in his country, Ahmadinejad can be heard threatening war with anything that moves or has the potential to disagree with him. To call him a loose cannon is an insult to the fine cannon manufactures all over the world. This bitch be crazy, son. But damn, that beard!

The Prediction: If you want to get technical here (and a cursory glance at previous comment sections tells us that you do), Ahmadinejad isn’t a psychic in a traditional sense, nor does he claim to be. He does however have visions from time to time that serve the same purpose. What does a man harboring a secret nuclear weapons program have visions about? What else but:

“The ultimate promise of all Divine religions will be fulfilled with the emergence of a perfect human being, who is heir to all prophets. He will lead the world to justice and absolute peace. Oh mighty Lord, I pray to you to hasten the emergence of your last repository, the promised one.”

To put this quote in a less cryptic context, the return of Christ promises the revelation of the twelfth Imam, a messianic figure who is the twelfth and last successor to Muhammad. He is believed to have been living in seclusion for some eleven centuries, and when reemerges he’s bringing a fistful of justice to set things right. 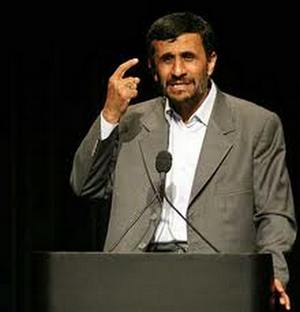 You would think he would start with this guy.

As the story goes, global chaos will hasten his return, hence daily promises of nuclear this and holocaust that. Ahmadinejad took it a step further back in 2006, claiming that he foresaw the twelfth Imam’s return happening in the next two years.

Fun exercise: Go find your calendar or the calendar of another and check the date. If the year is 2011, congrats! You survived the apocalypse! Pat yourself on the back, handsome. If your calendar reads anything else, you may very well be living in an episode of Quantum Leap.

So yeah, if the twelfth Imam emerged and tag-teamed the planet with Christ, that must have been some really quiet justice. Since his first vision Ahmadinejad has been less enthusiastic about anything considered a specific date, though just as enthusiastic as ever about large-scale violence. 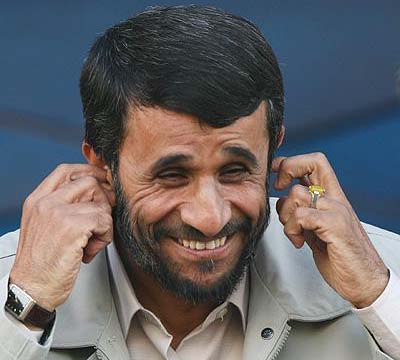 And beards, of course.

The Psychic: According to her own website, Barbara Garcia is America’s foremost psychic. Given that we’ve never heard of her before now but can still remember Miss Cleo’s hotline number to the digit, we’re going to call bullshit on that. Barbara could take a lesson from our friend Mary Bogart; don’t shoot for the stars, shoot for a brown belt. 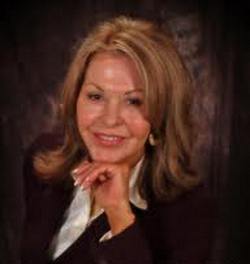 Barbara’s claim to fame is her involvement in the Hillside Strangler case back in the late seventies. Again, her website doesn’t explain what she did exactly or what impact she may or may not have had on the case, so we’ll give the benefit of the doubt and assume she captured, tried, and convicted the criminals single-handedly. With her mind.

The Prediction: Here’s one of Barbara’s greatest hits from just last year:

“The tax cuts, new spending increases on jobs, energy infrastructure, health care and education will all be implemented with little opposition.”

There’s a trick that psychics use called “phoning it in.” To properly phone it in, your prediction must meet two requirements: be relevant to current events, and be vague. Despite being an expert vigilante crime fighter, Barbara botched the second step with the phrase “little opposition. Internet, allow me to introduce you to said little opposition: 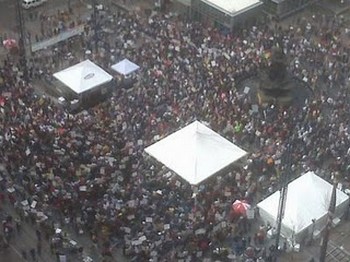 That’s a Cincinnati Tea Party protest from 2009, the same year she made her prediction, and most reports pin four to six-thousand people attending that one protest alone. There’s no precise figure to the number of people involved in the Tea Party movement, but they are so numerous and opposed to things that they somehow protest things in the confines of a fictional universe. Consider that, if you will, no small opposition. 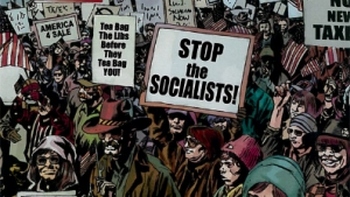 Now we’re not board licensed psychics, but we could have just as easily made this prediction without having screwed the pooch at the end. For example, the prediction “Tax cuts, new spending increases on jobs, energy infrastructure, health care and education will all be implemented, but there will still be a cautious public,” says the exact same thing while leaving a little breathing room for the variable that is pissed-off people. Likewise, she could have simply put a pair of pants on her head, smeared feces on near-by walls and screamed the lyrics to a Neil Young song and have been just as accurate as she was, if not slightly more so.

The Psychic: Sylvia Browne is pretty well known for her appearances on American television, getting the vaunted Larry King bump on more than one occasion and at one point earning a weekly spot on Montel William’s talk show. She claims to be more than 85% accurate, meaning that she’s earned a mid-to-high B in most university settings. 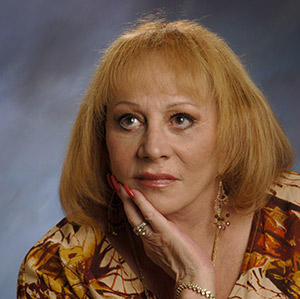 But despite her above-average grades, Browne has constantly been under fire from critics who claim that she shouldn’t qualify as a psychic because all of her “successful” predictions are so vague that they’re failure proof. She once predicted that the east coast was going to experience “mild weather” for the duration of a year. Kudos, Sylvia. You just tapped into the unused mental powers of the human brain and predicted spring.

The Prediction: If someone you know ever goes missing and Sylvia Browne claims to know where you can find them, prepare to be incredibly heartbroken. During her inexplicable stay on the Montel Williams Show, Browne played the role of psychic investigator to help find missing persons. Her track record speaks for itself in that she was completely wrong almost every time. A small sampling, if you will:

-1999: Browne told a grandmother that her granddaughter, Opal Jo Jennings, was kidnapped from their Texas home and taken to Japan, where she was sold into white slavery. She named two towns (Kukoruo or Kukorua) as her current whereabouts. Despite being passable names for Pokemon, no such towns exist. What’s more, an arrest and conviction for Opal’s murder was made the following year. Surprisingly, the criminal wasn’t found hiding out in a non-existent place.

-2003: Shawn Hornbeck, an eleven year old boy who went missing while riding his bike, was predicted by Browne to be dead and that his body could be found between two jagged boulders, not unlike the entrance to Level 9 in The Legend of Zelda. Fortunately for Shawn, he was still alive and living with his abductor. Browne somehow takes credit for this, claiming that she helped crack the case. In truth, her two boulder claim led to thousands of tips to police about where these two rocks could be found. At this point it’s safe to assume that Browne owes someone somewhere a refund.

To be fair, the woman is able to predict seasons. To be unfair, she instills people with false hope and is rarely (if ever) held accountable for doing so. Not to end this on a bitter note, but damn.