There’s always people with a desire to be the first to discover something. For some, there’s also a desire to trick a whole bunch of people into believing wacky nonsense. The following examples of scientific hoaxes mix both types of people.

In the early 1800’s a man named Charles Redheffer showed up in Pennsylvania with a wacky invention: a perpetual motion machine. Indeed, a hypothetical machine that manages to violate both the first and second laws of thermodynamics seemed farfetched even then, but it appeared as though Chuck managed to crack the code without undoing all of existence. 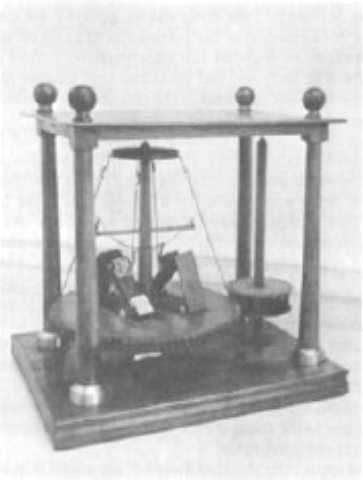 He set up the device in a house and charged admission for anyone to see it. Men were charged between one and five dollars while women were charged one dollar or nothing at all. It’s assumed that he didn’t charge the women he wanted to make perpetual motion with, if you catch our meaning.

Anyway, Redheffer and his hilarious name could have left the con at that but made one huge mistake. At one point he determined he needed more money and applied for some sort of government aid. Somehow he thought that this would just magically end with him receiving buckets of cash. Instead, investigators were sent to see if he was on the level. Even though he forced them to view the device through a barred window (claiming anyone who got too close could damage the device) one of the investigators noted the odd movement of gears and determined that the machine the perpetual motion device was allegedly powering was actually powering the device itself and was responsible for its movement. He would attempt the scam once again in New York before becoming a recluse.

Josiah Whitney was one of few in the scientific community of his day who believed that humans and mastodons co-existed at some point in history. He wrote a paper on the subject but had no solid evidence to back up said claims. So imagine his surprise when he came to posses the oldest skull yet to be found in America. 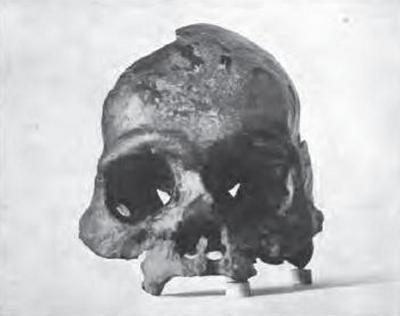 The Calaveras skull was discovered in a mine in 1866, some one-hundred and fifty feet below the earth and under a bed of lava. Once it had fallen into Whitney’s hands it became the proof of his claims based on where it was found and how old it was and there wasn’t a damn the thing the scientific community could do about it.

Except to prove that it was fake, of course. There were doubts from the start because the skull have passed through a series of owners before finding its way to Whitney, meaning he hadn’t been able to observe it himself as it was when first discovered. What’s more, sediments found with the skull suggested it had been planted, and many researchers claimed that it was in fact a modern skull. It was later revealed that Indian skulls had been dug up and planted throughout the mine only a year before its discovery, undermining any claims of authenticity. 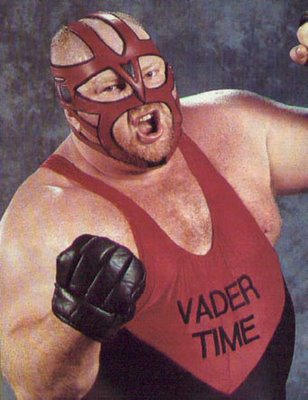 The human-mastodon connection would remain elusive until the appearance of Big Van Vader.

Despite this, Whitney remained adamant that it was genuine. To further complicate matters, at some point the skull was most likely switched, as it did not match the descriptions miners gave when first discovered. That means that a man of science spent time and effort defending something that was proven on virtually every level not to be what he presented it as.

In 1890 James Scotford came forward with a series of objects he claimed to have found in the great state of Michigan. Many of his findings were covered in strange symbols, leading him to believe they were evidence that an Eastern European culture had previously lived in America. At long last, something exciting happened in Michigan. 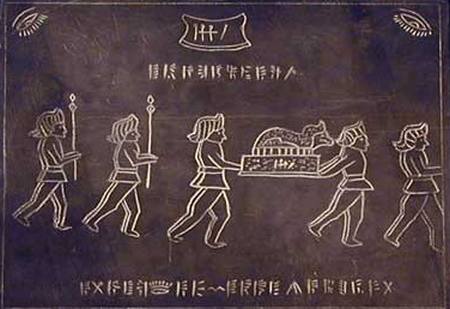 And it was shiny!

Scotford attracted a great deal of attention from potential buyers despite the fact that his items were quickly determined to be forgeries. This is partly due to the former Secretary of State Daniel E. Soper helping him “discover” more of these treasures, but mostly due to the fact that it was the late 1800s and this happened all the time without consequence. Among the dynamic duo’s many finds were copies of Noah’s diary, the crowns of kings and various Biblical scenes depicted in cuneiform. Not coincidentally, many of the objects they sold were Biblical in nature. At one point the Church of Jesus Christ of Latter-Day Saints owned almost eight-hundred of these objects, proving the faith truly is blind, and apparently loaded, too.

Over three decades of newspaper articles, pamphlets and books were published revealing the fraud, but nothing seemed to slow down Scotford and Soper. At one point in 1911 Scotford’s own daughter signed an affidavit saying she saw her father making forgeries. Still, Scotford and Soper died without any legal ramifications and never confessed. No new “artifacts” have been found since their deaths.

Somewhere in Ellensburg, Washington, there’s a hole that can only be described as “magic.”

Mel Waters made this discovery sometime before 1997. The hole has several properties: Mel claims it may be infinitely deep (he himself measured only eight-thousand feet using spools of fishing wire), and items lowered into the hole are physically changed in a significant way when retrieved. This includes a bucket of ice burning and the revival of dead animals. 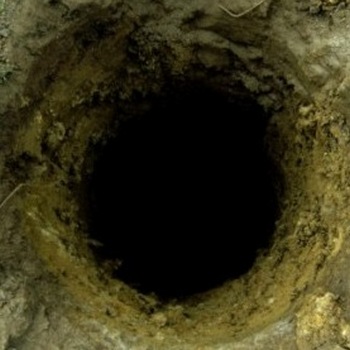 We know what you’re thinking: it’s a crock of shit. And you know, that’s absolutely right. The scientific community has paid zero attention to the man’s claims because, you know, bottomless holes don’t equate to Pet Cemetery. We’ve been duped by those before. It’s one of those situations where the best you can hope for is for poor Mel to be quietly ignored until he stumbles into an actual hole. How could anyone believe this?

Pretty easily, it turns out. Having made several appearances on the Coast to Coast AM radio show, Mel has garnered quite a following. Though it’s dwindled somewhat with his silence (his last radio appearance was in 2002) there have been websites and forums dedicated to discovering the hole since 1997. Of course, no one’s found it yet, but there’s a good reason for that: the government had kept it hidden, because they are in the business of geographic anomalies.

Mel’s Hole has never been proven to not exist (except by logic), but in case you still need reason to doubt Mel’s story, consider this: the man himself has never been proven to exist. No records of a man named Mel Waters living in Washington state can be found. What’s more, probable explanations for what the hole could be have been offered. Most pass it off as a blow hole to Mount Rainier, sans magical properties.