What follows is a list of coded messages that have yet to be cracked since their discovery. Like men watching the View, many have tried to make sense of the strange “language”, but all have failed.

In July 1897, composer Edward Elgar wrote a presumably secret note to a woman named Dora Penny. The note came included with a letter he wrote (in English) to the Penny family. Dora’s letter is written in an unusual code: each letter is a combination of semi-circles oriented in one of eight different directions. The entire letter is eighty-eight characters long (or so we think). To this day it has yet to be deciphered.

The code in question, or quite possibly doodles of springs.

A great deal of effort has been put into cracking the code since it was published in the 1930s. It’s generally believed to be a love letter because of the odd relationship Dora had with Edward. But Edward, twenty years her senior, simply couldn’t say that he had feelings for the young girl. But if he were trying to keep this a secret, why include it with the letter he sent to the entire family?

Though the two were never lovers proper, Dora and Edward remained close friends, with Edward going so far as to name a composition after her. Two mainstream solutions have been proposed. The first, by musicologist Eric Sams, reads: “LARKS! IT’S CHAOTIC, BUT A CLOAK OBSCURES MY NEW LETTERS, A, B: I OWN THE DARK MAKES E. E. SIGH WHEN YOU ARE TOO LONG GONE.” However, Javier Atance has proposed the idea that it could be a code for a melody, with each symbol implying a note and a pitch.

One June 30th, 1999, the body of forty-one year-old Ricky McCormick was found in a Missouri field. An investigation into his death would lead to the discovery of two coded messages on his body at the time of his discovery. The notes are made up of alternating letters and numbers, though no means of cracking the code have been found effective. 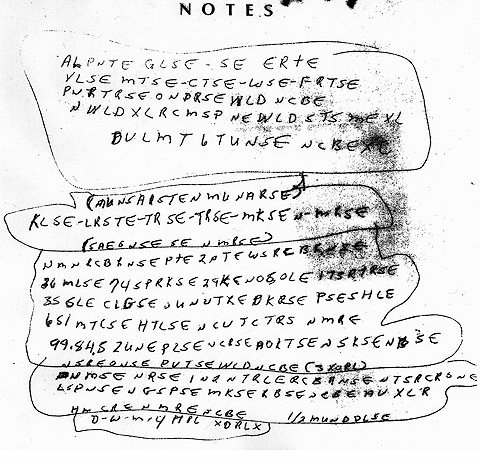 However, there’s more mystery surrounding McCormich’s death than just the notes. Though most people seem to believe that the notes point to a location or person that would in turn reveal who murdered him, his death was not officially ruled a homicide until twelve years later. Second, he was known to cite multiple addresses as his home, so identifying an address proper has proven to be incredibly difficult. Regardless, his body was discovered fifteen miles away from his nearest address. Finally, his family has claimed that he had written in coded languages since he was a child but they themselves had never deciphered any of them, giving investigators a grand total of zero leads.

Twelve years after the discovery of the body, the FBI turned to the public for help by revealing the notes for the first time. The fact that the FBI, Cryptanalysis and Racketeering Records Unit and the American Cryptogram Association have yet to crack the code is amazing when you consider that McCormick himself was a high-school dropout. Described on the FBI website as “maddening,” you can view the notes in their entirety and even try to crack the message at this website. No word on whether they’ve considered if the messages are, as the professionals would say, “nonsensical gibberish”.

On a December night in 1948, a man found himself dead under a street light at Somerton Beach. He earned the nickname Somerton Man because police were literally unable to identify him. Dental records and finger prints turned up nothing. What’s more, the clothes he wore were eventually determined to be American (and we say “eventually” because anything that would have identified the clothes had been removed so it required an exhaustive search) but cigarettes found on the body were distinctly British. He was a nowhere man from two different places. 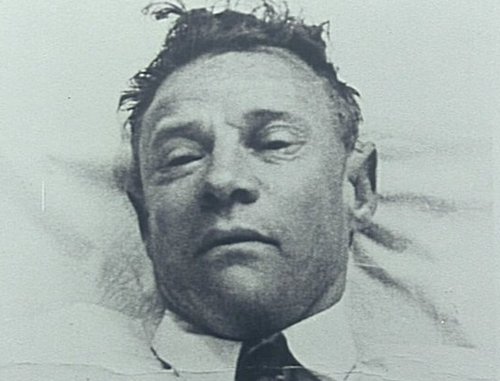 Eventually it was learned that he had checked a briefcase at the train station shortly before his… demise. Inside, police found more useless “evidence” until someone checked the pockets of a pair of pants. Inside was a secret pocket which contained a single slip of paper. It read “Taman Shud.” The phrase had been carefully cut out of a collection of poetry by Omar Khayyam called The Rubaiyat. After a great deal of searching the exact copy the piece had been removed from was found in the back of an unlocked vehicle. The owner had no idea where it had come from.

Now for the code. On the back of the recovered copy of Rubaiyat was a series five lines comprised of seemingly random letters. However, the second line is crossed out and bears resemblance to the fourth, indicating that it was at least intentionally written and could be a code. To make matters more complex, a phone number was written in the book that lead to a woman who gave a similar copy of the book to a man named Alfred Boxall five years prior. However, he was found to still be alive and still owned his copy. 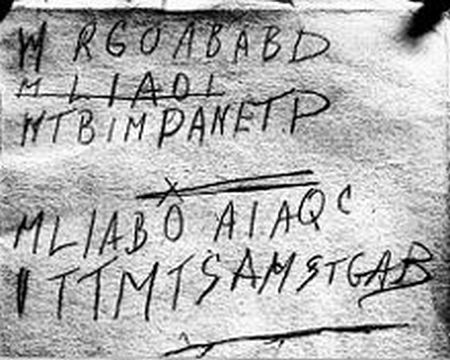 An investigation into the case is ongoing. Many theories have popped up since then – espionage, an affair, suicide or a string of murders, but none of that brings us any close to cracking the code.

In 1822, a man named Joseph Beale approached an innkeeper in Lynchberg with an iron box and instructions not to open it unless he didn’t come back within the next ten years. Then, he just vanished, never to be seen again. But because olde-timey innkeepers are inherently terrible at keeping time, the box wasn’t opened until 1843. Inside were the three coded messages that became known as the Beale Ciphers. The innkeeper tried to crack the codes but ultimately failed and handed them off to a friend before he himself passed. The friend managed only to decipher one of the messages, the second letter, which described a hoard of gold, silver and jewels that had been buried somewhere nearby. The third letter is supposed to be a list of next of kin who can claim the treasure and the first most likely reveals its location.

Bealeamania took off in 1885 when the entire story of the ciphers was published and sold in a pamphlet by James B. Ward. To this day the first and third letters remain a mystery, though that hasn’t deterred treasure hunters. People have taken to Bedford County, Virginia with hopes of discovering the treasure with the few clues they have, with at least one person digging up a cemetery looking for the loot. 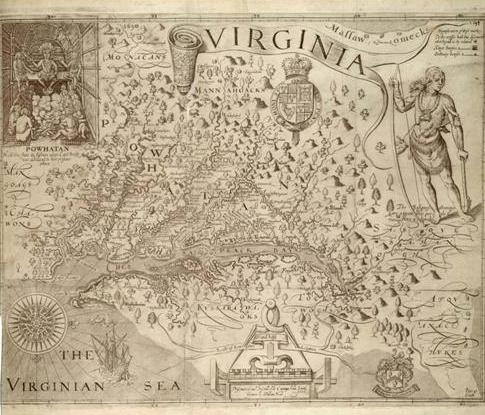 There’s only one major problem with the Beale Ciphers: they’re probably a hoax. The existence of Joseph Beale has never been confirmed, but more importantly the story first appeared in Ward’s pamphlet, implying that he may have made the whole thing up to make a quick buck selling the story. In regards to the ciphers themselves, the one that was cracked involved cross referencing letters and numbers to the Declaration of Independence., but this code doesn’t render results for the other two pages. If someone really went through the effort of ensure that the treasure fell into the right hands, why would they make it nearly impossible to read their names?