Did you major in history? If you’re reading this on your own laptop with wifi you paid for, we’re guessing not. But that also means you probably are horribly misinformed about the middle ages, which we’re sure is a serious problem in your day to day life. Still, it’s interesting to realize just how much of what you know is dead wrong.

The Iron Maiden Was Invented in the Middle Ages

Perhaps the most recognizable of all terrifying torture devices, the Iron Maiden is simple in design to the point of absurdity: a seven-foot cabinet shaped vaguely like a human with a hinged door and lined with spikes on the inside. Some models contained sliding doors in the front for interrogation/stabbing, just in case you think you’re one puncture wound off from making your point. The iron maiden remains popular today as a symbol of our once barbaric sense of justice. It was, to put it bluntly, metal. 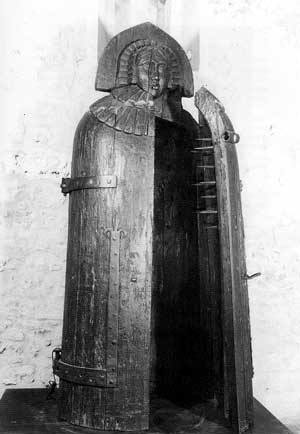 And that’s all well and good, except none of it is true. There are no historical documents referring to the device, which is odd when you consider how many detailed records of ye olde torture devices we do have. The earliest known examples come from the early 1800s and are currently thought to have been based on the 13th Century torture device Schandmantel, which was essentially a weighted barrel. But whereas the Iron Maiden is intended to kill (or at least horribly maim), Schandmantel was more for public humiliation. Though we tend to think of the Middle Ages as having extreme punishments, the Iron Maiden wasn’t one of them. However, that does bring us to another example. 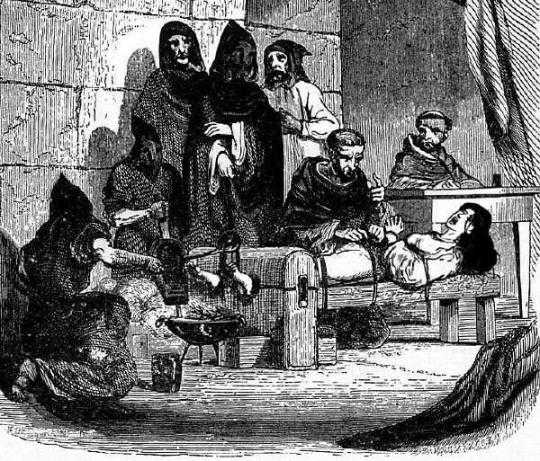 Modern cinema would like you to believe that medieval law was simple: our way or the dead way. The crime was rampant to the point where it was an everyday part of life and the most common form of punishment was to just straight up kill people. If you’d really want to make a point you’d execute people in public like a boss.

While that last part is true, the idea of society being at the mercy of everyday criminals is misguided, which brings us to the second point: capital punishment certainly existed, but was far from the only punishment handed down by the law. It was, in fact, only reserved for the most heinous of crimes (murder, arson, treason). Courts and law enforcement worked quite well (modern court systems including trial by jury are based on those of medieval Europe’s) and were relatively level headed when it came time to hand down justice.

However, when it came time to just off some dudes, the most common method of choice was hanging, probably because of the low cost and equipment needed.

The idea that people thought the Earth was flat in Columbus’s day is pretty much bunk and has been widely discussed, so we won’t get into it here. But to summarize: people weren’t nearly that dumb.

The idea that Columbus discovered America has also been torn apart (how do you discover a place where people are already living?), but he’s not even the first European to discover the continent. Before him, Bjarni Herjolfsson spotted America around the late 900’s, though he didn’t actually set foot on it. That honor goes to Leif Ericsson, who led the first known documented expedition to the Americas. Columbus gets credit for discovering the Americas for landing in the Caribbean islands, an area where no European settlements existed. The actual “discovery” and exploration came before the fact, and history simply remembers his success as the first.

This one almost makes sense. We know that personal health wasn’t what it is now by simple virtue of the advancement of medical knowledge and science, and there were quite a few practices in the Middle Ages that we’d deem unhealthy now. It’s believable that the folks living in an age without the wonders of refrigeration would eat bad meat smothered in sauce and spices because, really, what else could you do with it? For this to be true it would assume that, once again, folks of the era were simply stupid, which we know to be false. People knew enough about food preparation to make meats last (smoking and curing, for example) and would have certainly known enough about seasonal changes to slaughter animals in preparation for long, troubling periods and not all at once. That’s just common sense.

There’s another little hiccup in this myth, however: the cost of spices. Most spices came from traders in the Middle East, making them very expensive. Logic doesn’t follow that you’d spend a small fortune trying to make something you know is potentially lethal taste slightly better.