Over the years, many great films have been adapted from books. This tradition of adaptation dates as far back as 1918’s Little Women to later classics such as To Kill a Mocking Bird or The Big Sleep and then continues on up to modern films such as No Country for Old Men, Fight Club and The Lord of the Rings Trilogy. Surprisingly, as of this writing, the eagerly awaited Hobbit movie adaptation is still lingering in production limbo. 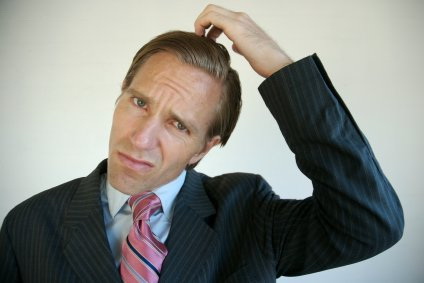 Fans of the franchise can thank eternally confused MGM studio execs for the ridiculously long wait.

Aside from the current Hobbit fiasco, for the most part film companies have had no problem delivering film adaptations (and then some). We’re speaking of course about the ever popular sequel. For example, when Silence of the Lambs became a smash hit, a sequel, a remake and an atrocious prequel based on Thomas Harris’ books eventually followed. And of course there are J.K. Rowling’s popular Harry Potter novels which are probably the best example of a series of books translated to film. 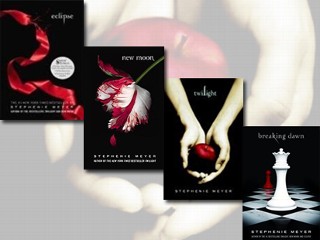 Twilight however is the worst example of a series of books translated to film.

What follows are some interesting examples of literary sequels to very popular movies which, arguably, would have best been left unmade.

Charlie and the Great Glass Elevator 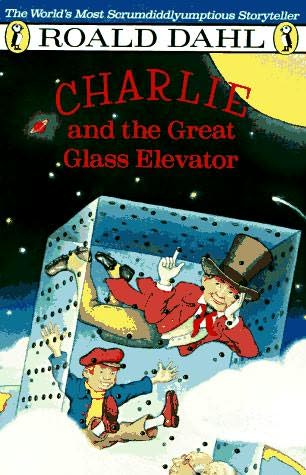 The Story -This was the sequel to the popular book Charlie and the Chocolate Factory or (for our purposes) the well known 1971 film version Willy Wonka and the Chocolate Factory. It was a children’s book published in 1972 by British author Roald Dahl. The story was about the ongoing adventures of Charlie Bucket and his freaky candy maker pal, Willy Wonka as they traveled into space via the Great Glass Elevator. The glass elevator was seen in at the conclusion of the most recent remake and of course in the original, movie starring the legendary Gene Wilder. 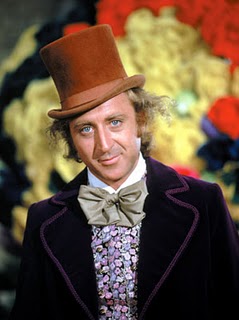 PROS – For the purposes of this discussion, we’ll mostly be referring to the original 1971 film and not the Tim Burton / Johnny Depp remake, although the Burton remake should be noted as it is more faithful to the original book. However, both Burton and Depp have officially stated they have no intention of making a sequel.

Moving along, since a true sequel to the original is impossible without a time machine we are left to wonder what such a sequel could have been like. We’ll simply imagine it would have been filled with more weird awesomeness. Had it followed the book we could have been treated to even more of Wilder’s insane antics, shape changing aliens ravaging a space hotel and “Wonka-Vites” which turned Charlie’s elder bed-ridden family into infants. 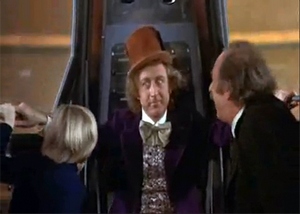 Also we suppose a sequel would have mostly looked like this.

CONS – Despite the original films cult favorite status, Roald Dahl reportedly despised it and flat out refused the rights for a sequel to be made. With that in mind, we imagine any version of a Wonka sequel back then would have been met with Roald setting fire to the sets or perhaps taking aim at Gene Wilder from a grassy knoll. 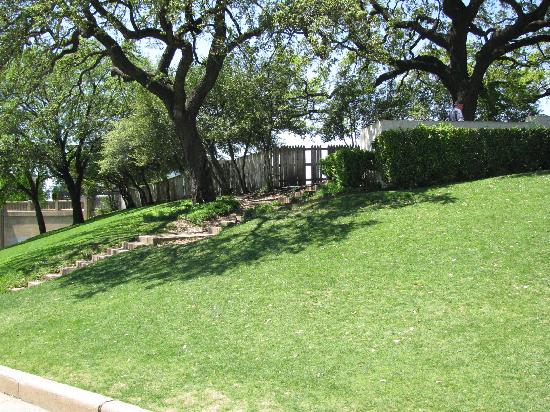 By the time you spot the bitter author, it’ll be too late.

CHANCES OF IT HAPPENING – Zip. That is unless someone has a time machine as previously mentioned and the ability to convince the estate of Dahl to green-light a sequel simply for our future viewing pleasure. 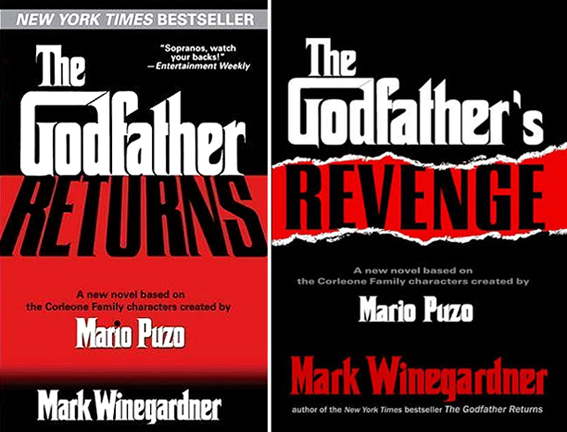 The Story – These two novels were written by Mark Winegardner in 2004 and 2006. Together the books serve as both a sequel to the Godfather 2 and a prequel to Godfather 3. The two books combined cover the Corleone crime family years of 1955 though 1964. Both novels fill in gaps and back stories of multiple characters from the films as well as feature new characters. If you happen to be a fan of the films, chances are that even though these books weren’t written by Mario Puzo, they are in your collection for better or worse. 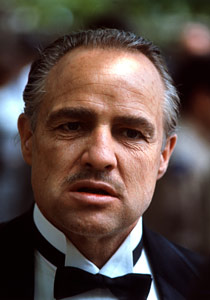 The books are an offer you cannot refuse… Okay actually in this case you can probably refuse and you’d be fine.

PROS – As brilliant as the first two Godfather films were (we’re ignoring the third as is customary), the fact remains that there always seemed to be a wealth of material and characters that could have also been explored within the films. Sonny Corleone for example is a fascinating strong arm and leader of the family but his back story is non-existent in the films. Also, Tom Hagen and Pete Clemenza, two major characters, are both unceremoniously killed off between movies. Two new movies based on these stories could allow for exploration of these characters and the expansion of the Corleone world. 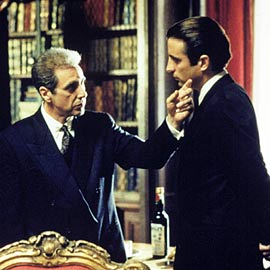 Here Pacino teaches the art of “Hoo Wah!” to a young Andy Garcia.

CONS – With the original series set in cinematic stone and most of the original actors either “wacked” or drawing social security checks, obviously any new films would require a complete recasting. That is an endeavor that doesn’t bode well for anyone. How can roles originally played by the likes of Marlon Brando, Al Pacino, Robert DeNiro, James Caan, John Cazale and Robert Duvall ever hope to be filled by new actors?

CHANCES OF IT HAPPENING – We wouldn’t totally rule this one out. A few years back, the release of Mark Winegardner’s first Godfather book sparked rumors of new movies on the horizon with Leonardo DiCaprio being attached. Granted, the rumors were eventually squashed but we still wouldn’t put it past Paramount to revive this lucrative franchise, possibly with an expanded 5-6 film plan in mind. Until then, Godfather fans always have the video games to keep them occupied. 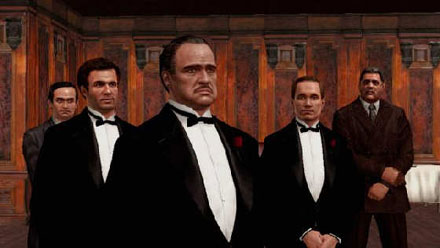 The family lives on… 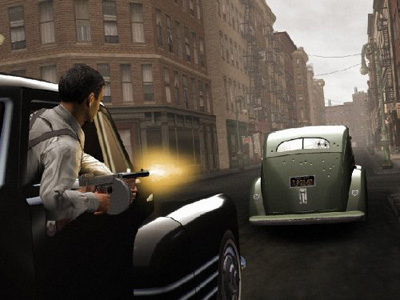