Science fiction books and movies offer an infinite realm of seemingly awesome possibilities. All it takes is the right genius at the right time (and the right amount of endless time and limitless funding,) to create or discover something that would change everything about the way we live.

The idea of living on the moon is not a new one; science fiction has been crowing about it for a long time. Countless books and movies over the past century or so have been written documenting how awesome and romantic it would be to establish colonies and living quarters on the moon. United States President John Kennedy and Russian Prime Minister Leonid Brezhnev were so excited about the idea, they held what basically amounted to a gigantic cock-swinging contest over who could get the party started and put a man on the moon first. Kennedy won, as he so often did when his cock got involved. 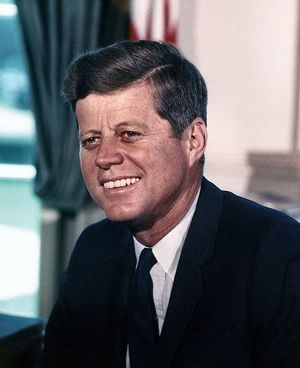 With visions of sippin’ on gin and juice by the rocky lunar poolside dancing in their heads, the world watched in amazement as the first two men stepped foot on the Moon on July 21, 1969. On December 14, 1972, the final two men stepped on the moon and then left. In three years, twelve astronauts walked on the moon; damn near 40 years later, nobody has returned. This is the point where, if Drew Carey just happened to be walking by, he would sound the Price Is Right loser horn for all of humanity.

Well, we kinda took a step back as a people, looked at the moon, and realized that this was all it had to offer: 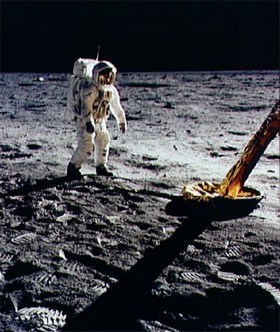 Aesthetically, it’s not much; a giant, basically bone-dry rock with footprints that won’t go away. The idea of the moon as a neat place to live and extend civilization was interesting to the general population for a couple of years, then kinda sputtered away, which basically makes the idea of moon colonization about as long-lasting as the Pog craze of the mid 90’s.

Then there are the scientific annoyances that would cause moon colonization to fail, perhaps even epically so. For one thing, there is no atmosphere. None. If you like blue skies, grey skies, or any sky at all, you’re shit-out-of-luck if you move to the moon. Light diffracts and can turn into various colors but, since that requires an atmosphere, all you would see on the moon is depressing black, 24/7. Emo goths may like the idea, but that’s about it.

If living in pitch-black darkness for all eternity isn’t enough, there’s always the heating issue. On an average day, the moon can reach temperatures of 265 degrees Fahrenheit/130 degrees Celsius. Provided you survive that, the nighttime brings temperatures as low as -170 Fahrenheit/-110 Celsius. This is, once again, due to that crappy non-atmosphere not being around to trap heat of any kind in any way. Simply put, you’re not going anywhere without a humongous space suit, and any thoughts of leaving whatever man-made bubble has been created for living quarters can be dashed right about now.

In short, lunar life is dark, cold, and you can’t go outside. You don’t need the Moon to live like that; just lock yourself in your parent’s basement and stay there. Same effect, plus you can use your X-Box.

Centuries ago, astronomers first discovered that Mars was a real thing and was close enough to Earth and the sun that life could theoretically survive and thrive there. Since then the ultimate fantasy among dreamers, scientists, poets, and six-year-olds was that life existed on the Red Planet and the life there was advanced and awesome. This only slightly beat out the second ultimate fantasy: talking to a girl.

The possibilities of what life was like there were endless, as were the interpretations: little green men who talked like robots and moved around like a graduate of the Ministry of Silly Walks, giant bug monsters with 2000 tentacles and teeth the size of a Buick, gray beings with huge heads and awesome technology that we could not even comprehend, on and on and on. Sometimes they were far smarter than us, with a knowledge of science of astronomy that we couldn’t dream of matching for at least a few more millennia. 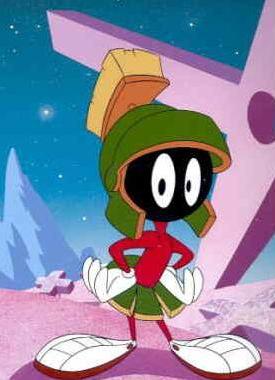 Other times, they didn’t even come close.

Our technology got good enough that we could actually study Mars instead of just thinking about it. And perhaps you’ve noticed, but technology has proven itself to be really good at shattering our dreams and replacing them with a crappy little thing called real-life. And in real life, Mars is a big, red dust bowl with only scatterings of ice buried deep below the surface where it’s not particularly helpful to anybody. Roving satellites and the pictures they have produced have pretty much settled the debate: Mars is dead.

Or at least it is now. Back in 1996, a piece of a Marian meteorite was discovered in Antarctica; it is estimated to have been there over 13,000 years. Further analysis concluded that it had been floating in space for over 15 million years, and the Martians inside of it had been fossilized almost four billion years ago. And you thought math class felt like an eternity.

But the excitement that real, actual Martians were finally upon us was quickly dashed as realized what they were: 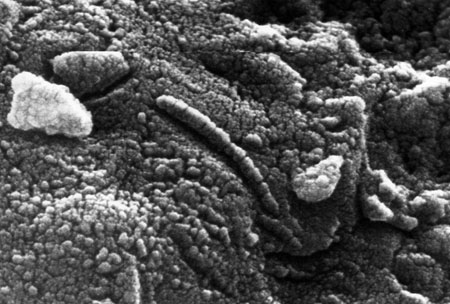 Bacteria. Microscopic, frozen, do-nothing bacteria. These are Martians. On the one hand, the realization that this was all Mars had to offer was basically the ultimate depressing let-down. On the other hand, we’re pretty sure billion-year-old fossilized bacterium aren’t coming to kill us all anytime soon. And if they happen to, we at least know how to destroy them, thanks to the many detailed Martian documentaries we’ve filmed over the years. 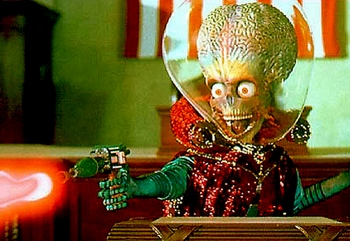 That’s a pretty big science-y term, so we’ll make it simple for those of you who still haven’t learned that four plus eight is not forty-eight: it’s where you die and they freeze you so one day you can be thawed out, brought back to life, and cured of whatever made you dead in the first place. Just forget about this service if you died from doing something unbelievably stupid, like trying to lick the electrified subway tracks. Then the scientists will just keep you frozen, prop you up somewhere, and laugh their little lab coats off. 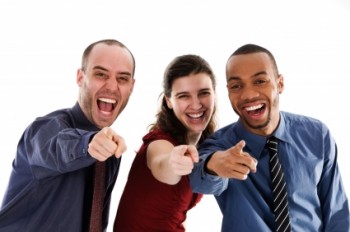 In the past, sci-fi novelists and scriptwriters everywhere were spellbound by the idea that we could be frozen in time and woken up centuries later when the cure for cancer or AIDS or choked-on-a-pretzel-itis was abundant. There would no longer be the need for senseless death, as we could simply rid your now-thawed body of what ails you, and you can go on living as you did before.

But that’s just the speculative surface, how about a nice hard, meaty slab of truth to explain why this idea has sputtered in reality? Here’s one: human bodies can’t actually survive any of this. Nobody has ever lived, and certainly has never been resurrected, after being frozen for an indefinite period of time. Pigs have survived after two hours of being extremely cold, but they weren’t dead, nor were they completely frozen for a long time, which is what cryogenic suspension sells itself upon. And it’s not like frozen humans make for fresh delicious bacon either, so what’s the point?

Sadly, the furthest we’ve gotten with frozen suspension is the Alcor Life Extension Lab and what they’ve done with Ted Williams. The famous hitter for the Boston Red Sox, for reasons that may or may not have been his own, agreed to let his son donate his body to Cryonics in the hopes that he would be revived in the future. Never mind that he 83 and died of heart failure. Crap like that’s probably no worse than the sniffles in the future.

Williams’ son died a mere two years later and also had his body frozen at Alcor, which is almost certainly where they will stay. Cryogenic suspension has basically been proven a failure, and the only way most of us will ever see somebody unfrozen after a long period of time is if we turn on the TV and watch a few episodes of Futurama.

After a thousand years, that beer damn well better be As Cold As The Rockies. 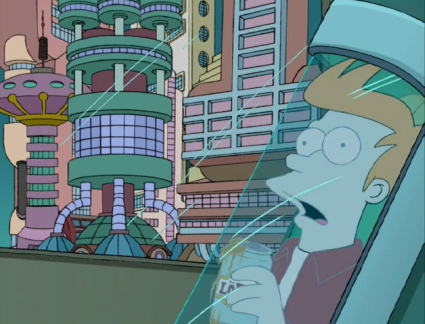 After a thousand years, that beer damn well better be As Cold As The Rockies.

A huge deal in the sci-fi world, the idea of cloning has even been played with for decades. You simply step into a machine, drink a potion, or step into a cardboard box and press an imaginary drawn-on button. Seconds later, you can have an exact clone of yourself: same looks, same personality, same interests, same hair, same voice, same everything. 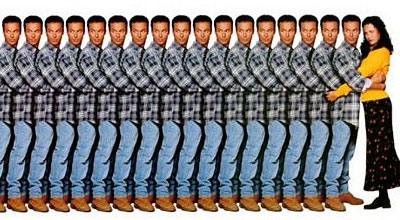 You can go on all sorts of wacky hijinx with your new twin, where the original pretends to be the clone, and vice-versa, causing all sorts of confusion and making it easier to go to the prom with Billy the quarterback and study enough to pass the super-big exam the day after. Or if Mom is forcing you to do your chores, delegate everything to your clones and get the work done in a fifth of the time, with Mom none the wiser. Couldn’t fail, right?

What happened was we realized that it really doesn’t work that way. All cloning is, and probably ever will be, is taking the DNA from an existing creature (this term works especially well if we ever clone Joan Rivers), and implanting it into a denucleated egg, creating a baby with the same basic DNA as the original host. Ten months later (or however long it takes the particular animal you’re cloning,) you’ve got a baby that kinda looks like the host did when it was a baby. But that’s about it, really. 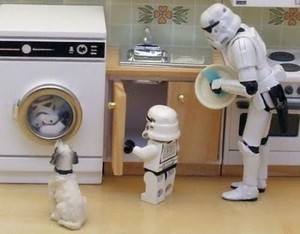 Not what the Rebels had in mind

To that end, we’ve cloned a few kinds of animals a couple times, haven’t done much else, and then kinda forgot about it because the Playoffs were on. It just didn’t work out. What was supposed to be an awesome way to play God in your spare time turned out to be baby-making without the fun sex part that comes beforehand. And who wants to remove the only good part of any activity? It’d be like dinner without dessert, or margaritas without alcohol. You could do it, but then you run the risk of yawning yourself to death, and who needs that?