Many actors have to deal with typecasting during their careers, and it tends to be a no-win situation for the actor and the audience. However, when an actor ends up in the same outlandish situations in different roles across different films… well, it’s pushing the weird envelope just a bit.

To help illustrate our point, imagine if periodically sober Robert Downey Jr. was in a new movie where his character, whom we’ll call Cokey McRehab, was in a tight spot and had to escape from some evil captors. If his escape involved crudely building an iron suit and blasting his way to freedom you’d instantly think something shady was going down. And the lawyers working on the pending lawsuit from Marvel would agree.

As unlikely as it may sound, this curious phenomenon has actually transpired on more than a few occasions. Here are some of the more prominent instances of these reoccurring scenarios in cinema. Caution movie lovers: there may be some spoilers ahead. 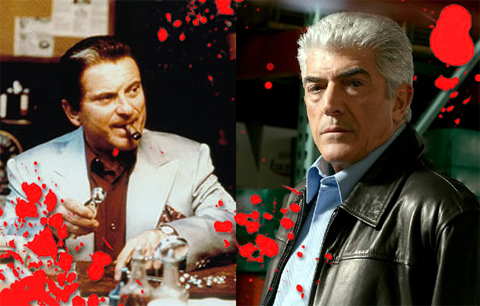 It was appropriate and served the story when Rocky and Apollo Creed knocked each other’s teeth in for two movies in a row. However, what cosmic force caused Joe Pesci and Frank Vincent to have fought (and killed!) each other in three separate films? Well that would probably be Martin Scorsese, the director of the three unrelated flicks. For those of you unaware of Joe Pesci and Frank Vincent’s body of work (lame pun intended) we highly recommend any number of their mob flicks as well as the Sopranos TV show.

Joe and Vincent’s bloody onscreen rivalry dates back to the 1980 boxing biopic Raging Bull. Yes, Joe and Frank have been maiming each other since the Reagan era. Their first altercation began at the Copacabana, where Pesci violently attacked Frank who he thought was making moves on his brother’s wife.

Ultimately Joe and Frank’s epic brawl spilled outside of the club. Their battle only cooled down following Pesci slamming Frank’s body repeatedly in a car door. Although their first battle ended somewhat quickly, the stage was set for a violent trilogy which would play out over the next few decades.

In the 1990 classic gangster film Goodfellas, the situation grew considerably bloodier for the onscreen rivals. Joe and Frank both played respectable mobsters, but Frank was a made guy and Joe was not. One night Frank breaks Pesci’s chops in a crowded bar and mockingly tells him to “go get his f***ing shine-box”. This was guaranteed to end badly.

As a rule, nobody is ever allowed to touch a made guy. However, there’s also a second rule about never, ever even consider messing with Joe Pesci, regardless of his role. 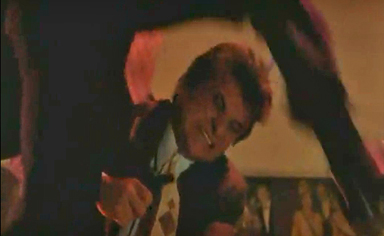 One violent beat down later and Frank’s battered body was dumped in a car trunk for proper mob-style disposal.

Lastly, in the 1995 film Casino, Vincent finally got his revenge. Throughout the film, Joe and Vincent’s characters were presented as friends and partners in crime. However, their close alliance only made it all the more shocking when Vincent literally came out of nowhere with a bat to Pesci’s back. From there you can bet things got rather gruesome. The shock of the initial attack was heightened by the fact that it came mid-sentence while Joe was still narrating the story. 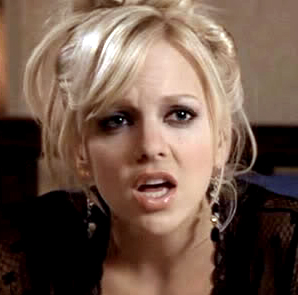 The scene in question involved the “jock” who was being blackmailed by the “killer” who had a nude photo of him in the shower, not exactly looking his best. So what did the jock do with the photo? Tear it apart? Burn it? Sprinkle it with oxycodone and feed it to Rush Limbaugh? Nope…he curiously showed the humiliating picture to all of his friends including Anna Faris. 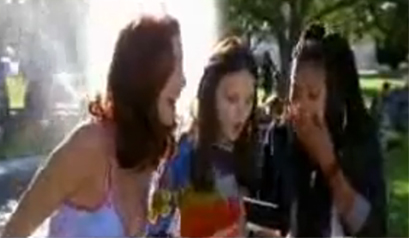 In 2002, another screw-ball comedy was thrust upon an unsuspecting public by the name of The Hot Chick. The film starred Rob Schneider as Jessica, a popular teenage girl who somehow switched bodies with a 30-year-old criminal. 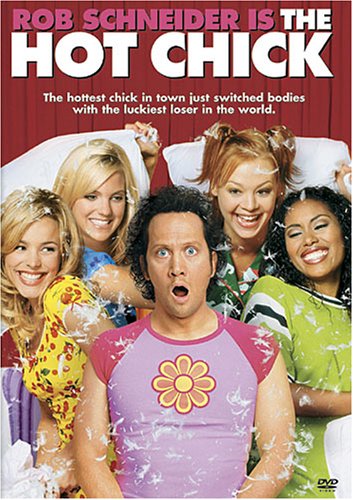 Proof that Hollywood hates us all.

On this occasion Anna was just asking for it (literally). Most of the flick revolved around Anna and her friends fumbling through a ridiculous plot. Anna’s character however clearly couldn’t help herself. She blatantly asks for a ding-dong peek once while alone with Schneider and later while with her friends. Apparently, in movie-land, women just can’t get enough naked Rob Schneider. 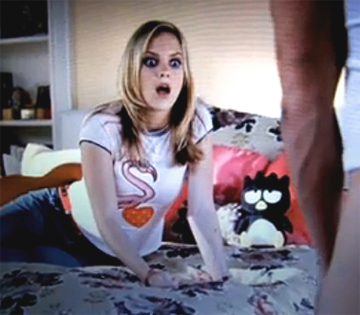 One might think that would be more than enough onscreen flashing scenes to last a career…but not in Anna’s case! Enter the 2009 Seth Rogen feature Observe and Report. The black comedy was written and directed by Jody Hill and was pretty much a love it or hate it type movie. One main story point revolved around an anonymous flasher who exposed himself to shoppers in the mall parking lot. We’re betting you already know where this one is headed. 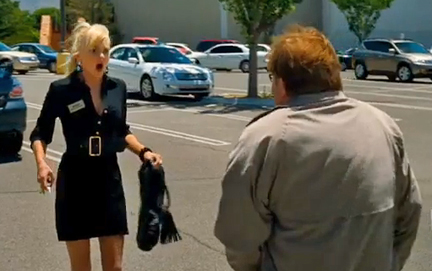 The moral of the story is that if you are a male actor cast in a movie with Anna Faris, be prepared to drop your pants at some point.