It all began in the early 1960s, when Betty and Barney Hill claimed to have been kidnapped by extraterrestrials and subjected to bizarre medical procedures. Ever since, the idea of alien abduction has been a lingering presence in pop culture, showing up in everything from The X-Files to South Park. The general narrative of such experiences is more or less consistent throughout most accounts: an individual suffers from extremely frightening nightmares and, after seeking the assistance of a medical professional and undergoing hypnotic regression, recalls being taken aboard a spacecraft by small beings with dark eyes, barely present noses, and small slits for mouths. 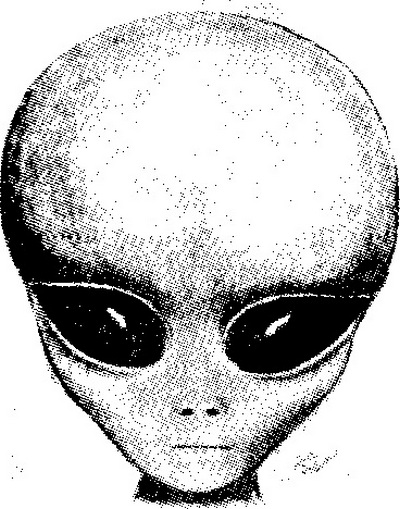 Odd as these stories are, the fact that they all follow them same formula so closely that they may was well be interchangeable allows believers to accept them more readily. However, every now and then, a person steps forward with an alien abduction story so bizarre, one is torn between two conflicting impulses. Should the tale be dismissed immediately because of its ridiculous nature, or should it be taken seriously, simply because no one could concoct such an elaborate narrative?

Predating the more well-known Hill incident by four years, the experience of Antonio Villas Boas is one of the first abduction cases of the modern era. A Brazilian farmer, Villas Boas was working in his fields late one evening when he noticed what appeared to be a remarkably bright star in the sky above him. It possessed a unique red color, and seemed to be growing in size. It soon became apparent to the young man that whatever he was looking at was certainly not a star, but some sort of object that was rapidly approaching him. As it landed, fear replaced awe and Villas Boas began to run away from the scene. Before he could escape, he was apprehended by a five-foot tall being who attempted to communicate with the terrified farmer in a bizarre language that didn’t even vaguely resemble a human voice. With the aid of three other humanoids, the being carried the prisoner into the spacecraft. 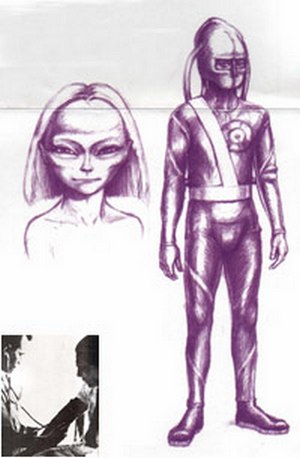 Onboard the ship, the beings removed the clothes of Villas Boas and covered him from head to toe in an unrecognizable liquid. After being left alone in a room for some time, a visitor finally arrived: a “beautiful” woman with white hair and long, slanted blue eyes. In what may be the first recorded case of an interstellar booty call, the two of them proceeded to have sexual intercourse; despite knowing that he should have been horrified, Villas Boas recalled feeling an extreme degree of attraction towards the woman. After they were done, the creatures who had originally brought him onto the ship took Villas Boas on what seemed to be a tour of their craft, before returning him to the field from which they had originally taken him.

To add to the overall strangeness of the encounter, Villas Boas, unlike nearly every other individual who has claimed to have been abducted by aliens, was able to immediately recall every detail of his experience. Since it first gained major publicity, the story has been a matter of constant debate among UFO enthusiasts. While some believe that the account merits serious consideration, others, alarmed by the strange sexual element, refuse to consider it worthy of their time. 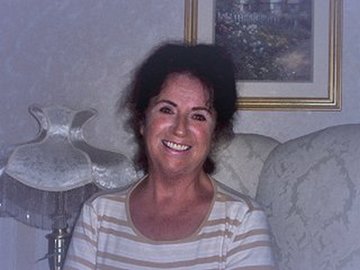 A typical 1960’s housewife, not prone to telling tall tales or indulging in supernatural interests, Betty Andreasson never seemed like the kind of person from whom one would hear claims of alien kidnap. And, although the abduction story she told begins like most, her experiences would later take on a unique, religious tone that distinguishes them from many others.

Andreasson was in her kitchen one evening, going about her usual business, when she was disrupted by an unexpected power outage. This was followed soon after by the appearance of a bright, red light with no identifiable source that filtered in through her windows. This strange experience swiftly became terrifying, as a group of small intruders entered her home like ghosts, moving through a solid wall as if it were nothing but a fog. 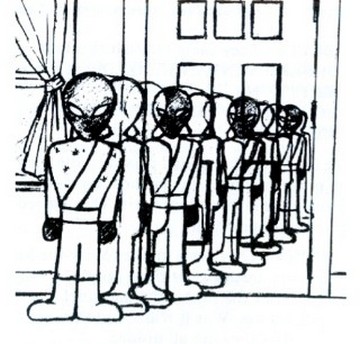 The creatures fit the general description of “grey aliens”: about four feet tall, dark eyes, expressionless faces, wearing blue overalls. The only being in the group that stood out was one who was taller than the others, closer to five feet; Andreasson naturally assumed that this one was some sort of leader. It stayed with her, while the others moved throughout the house, placing the various members of her family in a state resembling suspended animation.

After the beings had finished their work in the house, they escorted Andreasson to a ship that was waiting outside, where she was subjected to various general medical procedures. Once these were complete, the element that would come to define this particular abduction experience introduced itself. The aliens, who, as in most abduction cases, communicated with Andreasson via some form of telepathy, explained that they, like her, were devoted to Jesus Christ, and that His return to Earth was not far away. They proceeded to display to her the image of a Phoenix rising from the ashes, before allowing her to meet another being who communicated to her a message which she was never able to recall.

Years later, with the aid of hypnotherapy, Andreasson was able to recall these details. Given the nature of her memories, she assumed that the aliens wished to share a spiritual message of peace, and that perhaps she had been chosen as a medium between the people of Earth and these visitors from the stars.