Architecture is a difficult profession, and we don’t think for a second we’d be able to just jump right in and do it ourselves. It requires skill, precision, and a whole lot more math than we’ve ever used, and about the closest we’ve ever come is building a few pillow forts.

But everyone makes mistakes now and then, and that includes architects and engineers, and the results, quite predictably, are utterly hilarious. These are the gaffes that just make you stop and scratch your head and wonder what on earth the builders could possibly have been thinking.

Unless this escalator was designed for the Land of Oz, it’s hard to imagine anyone comfortably riding up and down without losing their head in the process.

18The World’s Most Dangerous Balcony

Well, on the one hand, it sure would save you the trouble of getting down to the train station in time for your ride, but we’re not sure we’re quite this anxious to hitch a ride to work.

It turns out that, apparently, building something in a perfectly straight line is a heck of a lot harder than we ever could have guessed, and makes for one dangerous commute.

Who says that you can’t meet people and find new friends when you’re awkwardly taking a leak in a public restroom?

We’re honestly not sure what the strangest part here is: that the builders just decided to build around that street light or the fact that these balconies seem to encourage people to plummet to the hard ground below.

We have to assume this is where X-Men member Kitty Pryde lives, considering she’s literally the only person who could actually access that balcony from inside the apartment.

13That’s One Way to Derail a Train

Trains are getting to the point where they’re almost obsolete anyway, so why not try to help them to extinction by building right across the tracks?

On the one hand, it’d be nice to get up to 20 miles per hour just by putting the car in neutral and pushing it out of the garage, though we have to imagine these driveways would be one heck of pain come winter.

11And Now, the World’s Friendliest Toilets

Well, it seemed sexist to only have a chance for men to get nice and friendly in a public restroom, so for the sake of gender equity, here’s a way for women to get to know one another in the bathroom.

10Watch Out for That First Step

The best part of this second-floor door to nowhere is imagining the person who lives there deciding to not tell anyone that door leads to broken bones, and watching guest after guest fall out and shatter a leg.

9Working Hard For The Miney

We can’t quite figure out what’s happening here, but our best guesses are that 1) this ATM was designed for giants, 2) that man is actually two feet tall, or 3) this is a unique way to convince people not to take out an extra $100 for the strip club.

You just have to hope that whoever lives in that house either drives a motorcycle or has really great car insurance.

If you were ever wondering how to be in handicapped compliance but still don’t want all those wheelchairs rolling around your building, well, have we got a solution for you.

6The Stairs to Nowhere

Don’t worry about those stairs go, because first off the answer appears to be “nowhere” and secondly because those bars make it very clear that you’re not allowed to find out.

5As if Turning Those Things Wasn’t Hard Enough Already

If you’ve ever tried turning a huge metal valve like this one, you know it’s already difficult enough without adding the additional challenge of trying to turn it through a solid metal bar.

4Where The Sidewalk Ends

Someone let Shel Silverstein’s people know that, at long last, we’ve discovered where the sidewalk ends and the answer is in that brick wall right there.

3The Handicapped Need to Try a Little Harder

Sure, you can have your wheelchair accessible ramp, but you have to earn the right to actually use it because you handicapped folks have had it too good for too long.

That’s about the only explanation we have for this one, and it kind of irritates us considering this garage means people are clearly holding out on Jetsons-Esque technological advancements.

1No, That’s Not Hitler’s House

It may look like a place where Hitler would hang his hat, but in fact, this swastika-shaped building is actually a US Naval Base in Coronado, California, which means that Captain America 2 was accurate and we can fully expect government officials to be whispering “Hail Hydra” to each other. 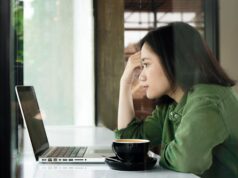 2 Reasons why Not All Cam 2 Cam Sites are Safe (Here’s Why!)