Home Mysteries 20 Creepiest Abandoned Hospitals From Around the World

Hospitals can be scary places. They’re sterile and often impersonal, and oh yeah, there are often people dying all around you. And let’s not even get into the fact that they’ve got morgues, too. No one likes to visit the hospital, and let’s not even get started on the terrifying concept of paying a visit to an insane asylum. But do you know what’s even scarier than a brand new, state of the art hospital or mental institution one? A long abandoned hospital or asylum. Amazingly, these things are all around us, and about the only people crazy enough to go inside are people looking for ghosts. Because let’s face it, if there are ghosts, these are places where they’d sure as hell be. 1. 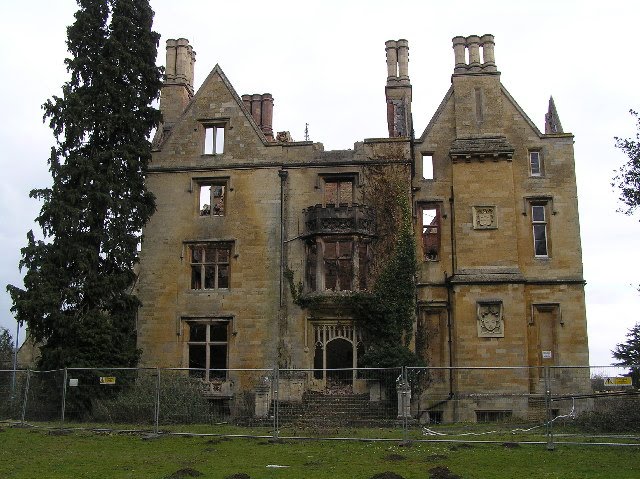 Nocton Hall was used by the Royal Air Force, and later the US Air Force before closing down for good in the 1990’s, and is believed to be haunted by the spirits of the men who died there. 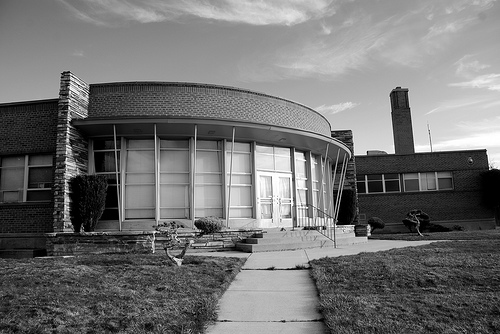 Old Tooele is a supposedly haunted abandoned hospital, and was actually used in the TV miniseries adaptation of Stephen King’s “The Stand.” 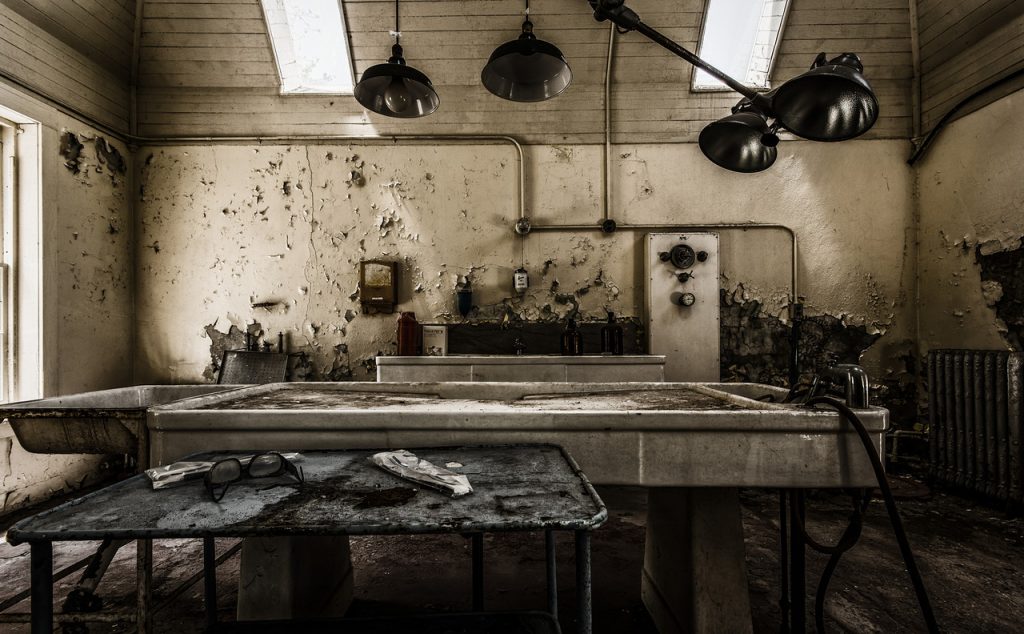 The Willard Asylum for the Chronic Insane, which is the full name, is a supposedly haunted asylum that is a favorite spot for ghost hunters, and its surrounded by numerous unmarked graves that are the final resting places for its deceased residents. 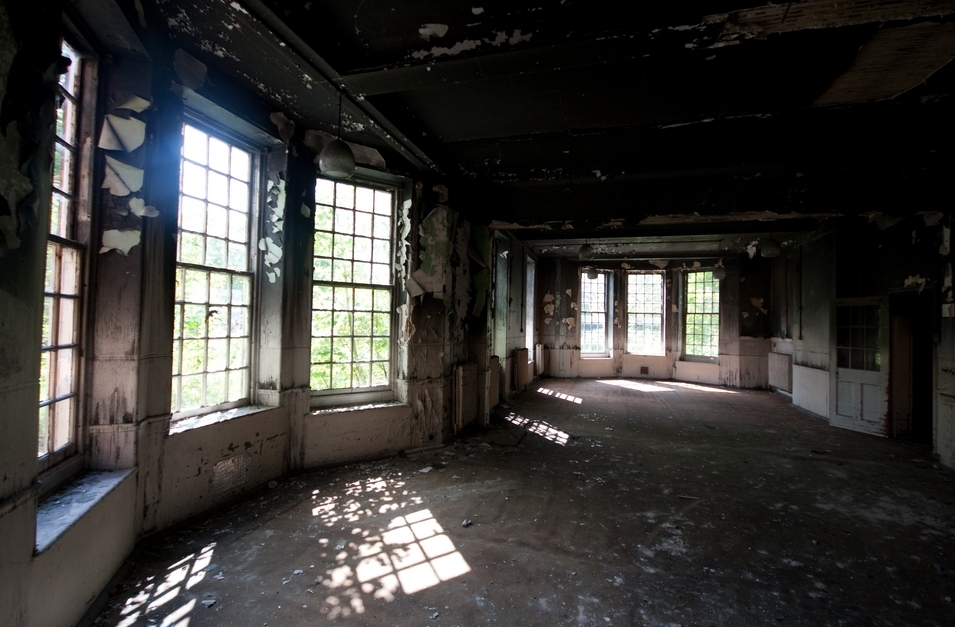 Severalls Hospital was an insane asylum where doctors performed experiments on the patients, which already makes it a terrifying place, and then when you factor in its ominous, decrepit state and numerous tales of apparitions being sighted. 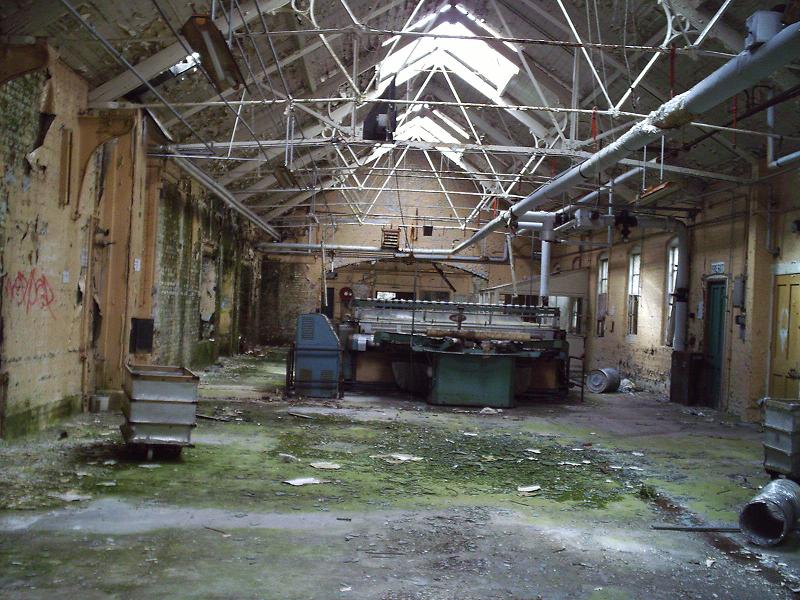 One of the few asylums on this list that had a decent reputation when it was open is Cane Hill Asylum, which has been ravaged by arson and decay over the years, leaving the ominous-looking hospital far more imposing than it ever was while operational. 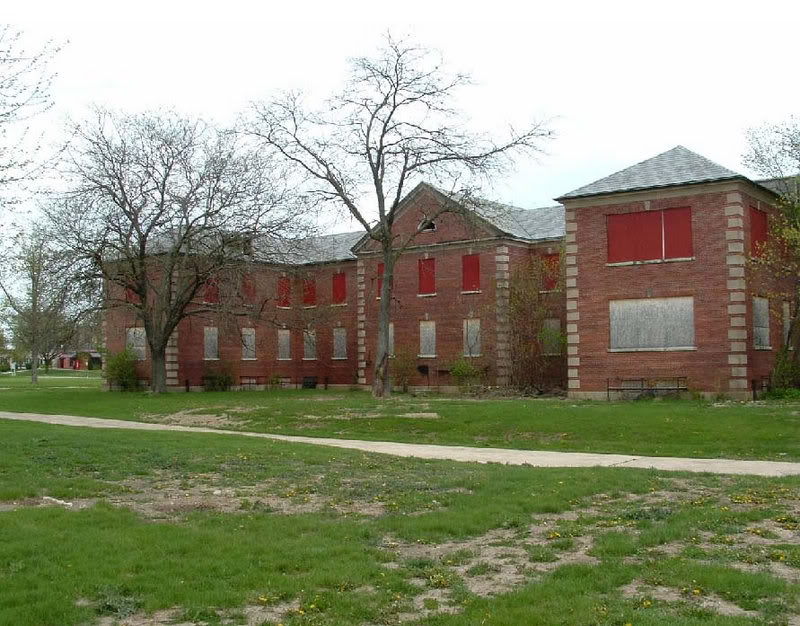 This insane asylum housed more than 8,000 patients over the years, who were subjected to frequent electroshock therapy during their stay. 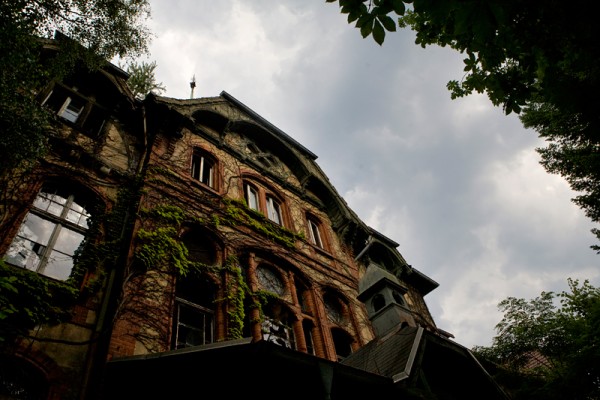 An enormous hospital complex consisting of 60 buildings, Beelitz-Heilstatten was used extensively during wartime and actually was home to a young Adolf Hitler during World War I, and has been used in movies such as the film The Pianist.

Originally built to house tuberculosis patients, Tranquille Sanitorium has actually been featured in numerous TV shows and movies, while also getting a ton of reports of hauntings within its walls. 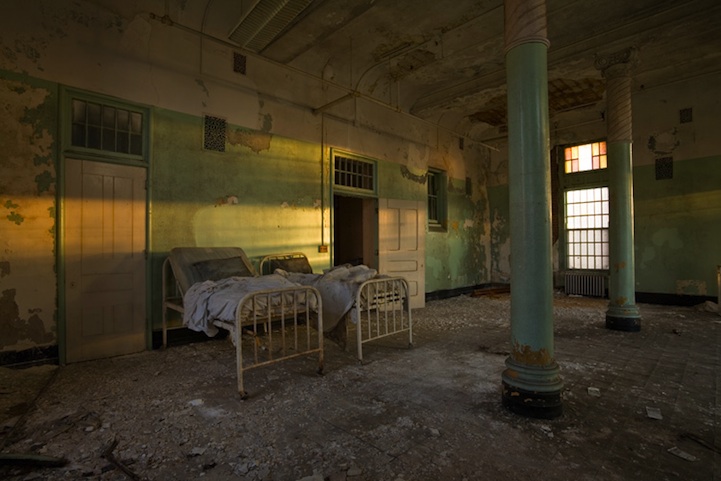 What was served as a lunatic asylum for the state of New Jersey is home to some terrifying stories of doctors who, in an effort to “cure” patients, began performing unnecessary surgeries, including the removal of organs, without consent. 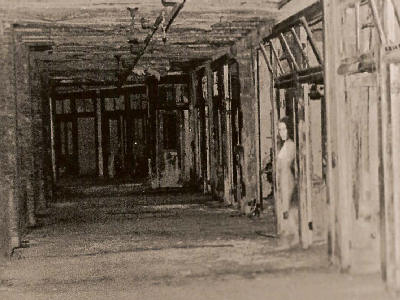 Considered one of the most terrifying hospitals in the US, Waverly Hills is an abandoned hospital that held upwards of 150 tuberculosis patients, and rumors include a nurse trying to give herself an abortion before killing herself.

Known as “The Psych Center,” Kings Park was operational from 1885 until closing for good in 1996 and is another hospital that has rumored to be a hot spot for hauntings, and has also attracted ghost hunters and film crews over the years.

Designated an historical landmark, that doesn’t change how large, dark, and looming the HH Richardson Complex is, having formerly been an insane asylum that has been slowly deteriorating over the years.

Home to electroshock therapy and reports of patients being beaten by the staff, it’s no surprise that Danvers, which closed in 1992, is believed to be haunted, with flickering lights and footsteps being reported by visitors.

Housing upwards of 1,200 patients, Beechworth has a reputation for being one of the most haunted places in Australia, and during the time it was open there were rumors about patients mysteriously disappearing within its walls.

Huge, ominous, and terrifying, Hartwood Mental Hospital has the look of a medieval castle, and to make it even creepier, when it was abandoned in the 1990’s no one bothered to clear out any of the equipment, so it’s just sitting there, filling the rooms and offices.

Originally built to house 250 patients, at one point it held more than 2,400, and among its most famous residents was none other than Charles Manson.

The residents of St. John’s, when it was open, were typically homeless and poor people who were rounded up and branded as being insane, and it’s been thought to be haunted, despite later having served as an apartment complex as well.

Making this hospital particularly terrifying is the belief that staff members performed occult rituals within its walls, along with the fact that it housed notorious serial killer Jane Toppan.

The name alone is terrifying, as the hospital, actually named Poveglia Island, sits isolated in the middle of the water like an Alcatraz for the insane, only with a mad doctor who supposedly performed grisly experiments.

Pretty much anything in and around Chernobyl is going to be creepy, with virtually everything being abandoned and looking like a post-apocalyptic wasteland, which to be honest, isn’t that far from what it actually is. 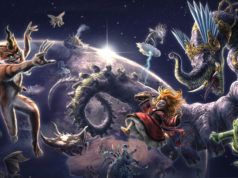