Google Street View is a truly wonderful invention which lets us look through nearly every street in the entire world and see what everyone is doing. The only bad thing about it is that some people and streets are goddamn strange. Just like… 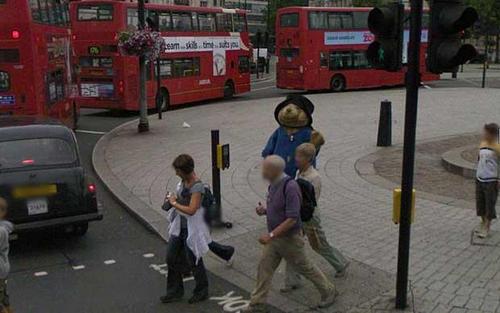 First things first: if you don’t know who Paddington Bear is, go and Google it right goddamn now. We aren’t catering to you strange people who never had a proper childhood. Anyway, we all know London is one of those weird places where fiction and reality mix together, but this is ridiculous. He doesn’t even have any marmalade, for god’s sake. 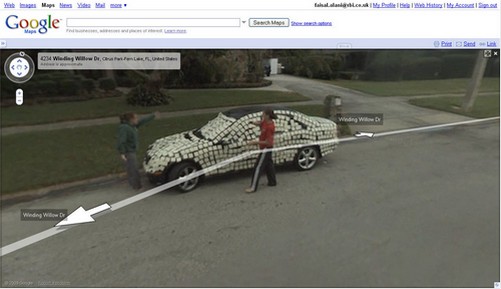 “Hey man, sorry for forgetting where I parked your car after I borrowed it the other day, I didn’t mean to. Anyway, the good news is that I remembered where it is! I wrote the address on a post-it note! The bad news? Well…”

We Don’t Know What This Is 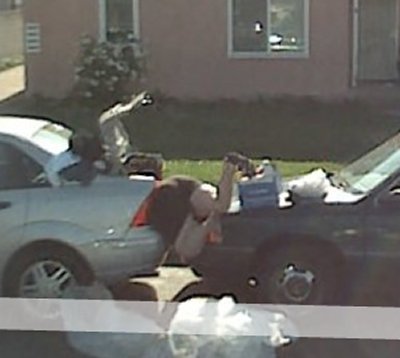 Seriously, we don’t have a clue what is going on in this picture. First person to correctly determine it wins… a car or something. Personally, we think he’s just passed out in his trunk but you never know.

A Shitty Brand of Car 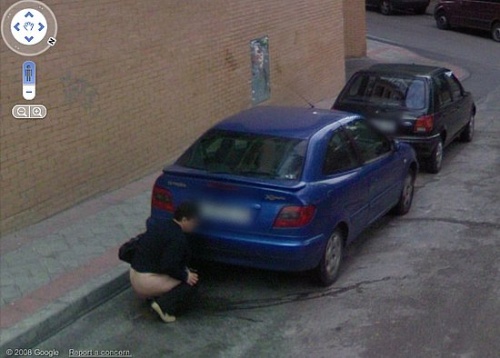 Man, as funny as this picture is, we just can’t help but feel sorry for the poor bastard who’s accidentally going to reverse into that when they leave. Also, is this really how people get revenge on each other abroad? Foreigners are weird. 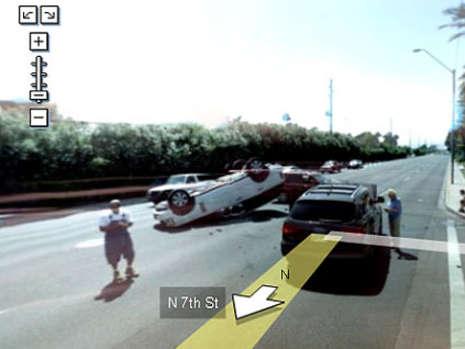 The fact that there’s a multiple car pile-up in the middle of a busy roadway doesn’t surprise us; we’re not retarded enough to be shocked at the fact there’s picture of car crashes on Street View. However, we can’t stop staring at the old lady who’s just calmly and coolly walking away from this scene. If we ever found she was wearing sunglasses, we’d also instantly know that those cars definitely got blown up.

Most Boring Game Ever

We have no idea what these people are doing, but we can only assume that they’re pavement inspectors who are taking the job description way too literally. 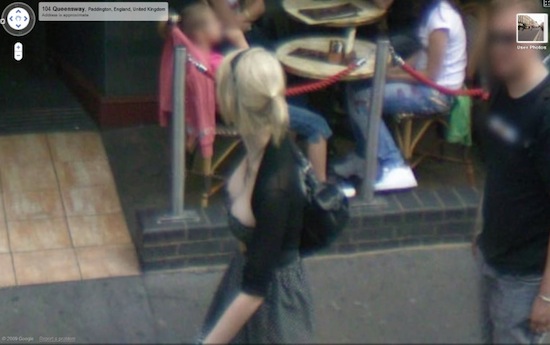 And people are constantly complaining about how technology can be easily exploited for evil. To those people we say that we have absolutely no idea what they’re talking about and if you don’t mind we’ll be nipping out for a few minutes. 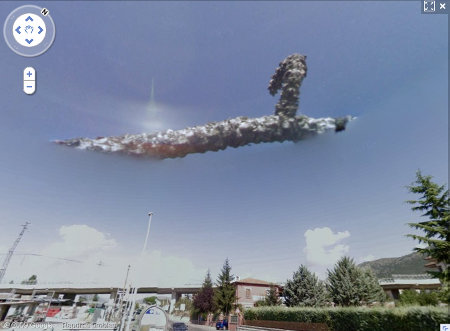 Seriously, this thing being caught on film is the best proof we have for the non-existence of God. In fact, we can all vouch for the fact that the last time we ever saw anything that looked like that it was chasing Jack and Locke around an island and spouting off pseudo-philosophy whenever it stopped moving. By the way, for the Jersey Shore fans out there, that was a Lost reference. Don’t worry your little heads off about it.

“Doing Whatever A Spider Can” 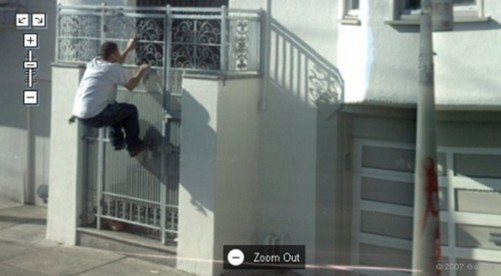 We don’t know whether this guy just was pretending to be Spider-Man this day or whether the government had given his carer the day off, but either way, this guy has the shittiest luck in the entire world to be caught on an experimental Google program committing a goddamn felony. At least we think he is. 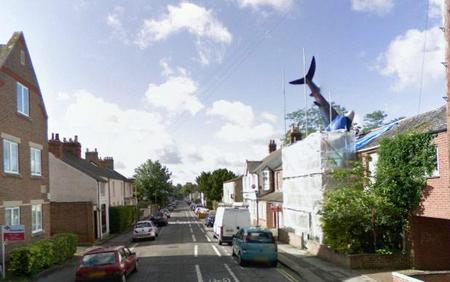 Once again, another picture from the weird place that we call England. We aren’t even going to attempt to even jokingly explain what the hell is going on in this scene. All we’re going to say is that, firstly, we’re never ever visiting there for real of getting eaten by the Kraken or some other bookish shit and, secondly, they’re going to need a bigger crane to move that bitch. 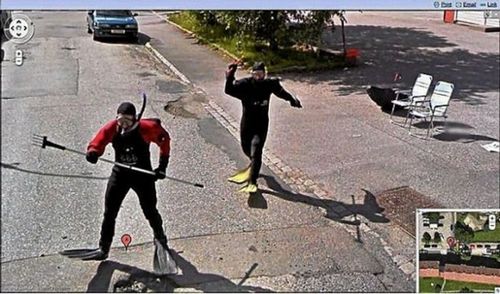 Arrgghhhh, forget all about never visiting England. We’re never ever going to the goddamn place where these frigging weirdoes live. Probably…we don’t know….Alabama or somewhere judging by the patio furniture and the use of rakes as weapons. Frankly, it wouldn’t surprise us. 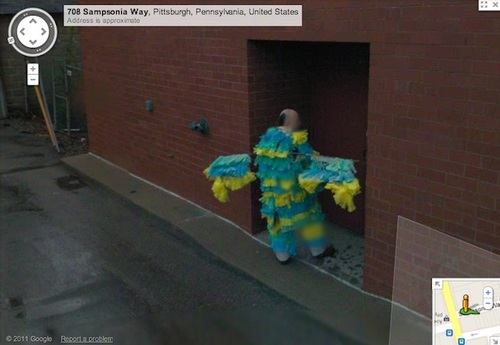 If you’re one of the poor bastards hired to stand outside a shop or something and direst customers inside using a sign or something, you might have a shitty job. But we’re betting you don’t have to wear a costume of a parrot made of paper, right? 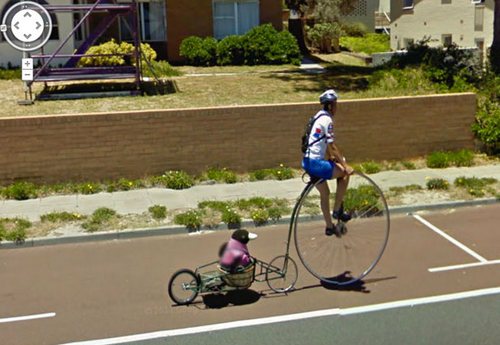 We just don’t get why people find this picture so funny. It’s just an image of a man taking his plush fluffy penguin out for a bike ride…and his bike ride last saw usage before Lincoln’s assassination. People can just be so mean for no reason.