Plants and fungi are classified as different kingdoms by scientists, just like Animals, Protists, Jeff Goldblum and two distinct kinds of bacteria. However, they both form a vital role in the natural world: cycling energy. Plants take sunlight and make it usable while fungi decompose and recycle. Despite these noble purposes, many species of both groups are downright weird.

Smells like a dumpster. Better get in for a closer look.

What is 4 feet across, smells like a dead body, and is a parasite that feeds by growing parts of itself inside another living thing? “Flower” probably wasn’t the first thing you would normally think of, but the Rafflesias flower from Malaysia is exactly that. The only part of the plant that isn’t burrowing through vines to steal their nutrients is the flower itself, which smells like rotting meat to attract carrion beetles, which spread their pollen. It’s kind of like a normal bee/flower relationship, except in this case the bees are beetles who think the flower is a corpse. 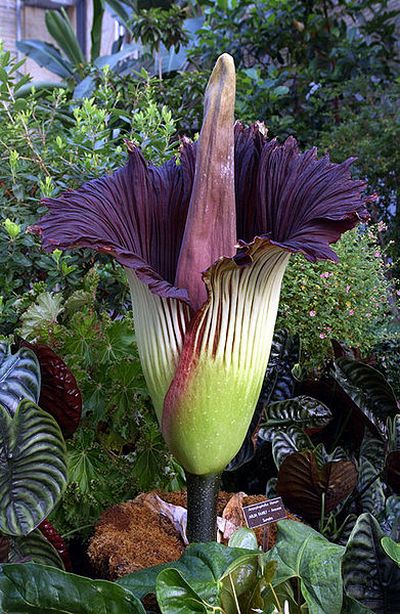 Somebody should put some underwear on that or something.

This big wiener-shaped monstrosity is the Titan Arum, also colloquially known as the “Corpse flower” (botanists aren’t the world’s most creative people). Can you guess why? Yes, it also smells like a dead body. Go nature! You can’t make a giant flower that smells like, maybe, a rose? Or do bugs that like dead things pollinate better?

The blooms can reach 9 feet in height making Titans the largest flowers in the world. Unlike the last entry, they aren’t parasites, so they are slightly less frightening than the Rafflesia since they’re just a big stinky flower. It should also be noted that Amorphophallus titanum, is Latin for “Giant misshapen pe*?s”, and the popular name of Titan Arum was coined by David Attenborough, because he thought saying “Amorphophallus” on TV was inappropriate. 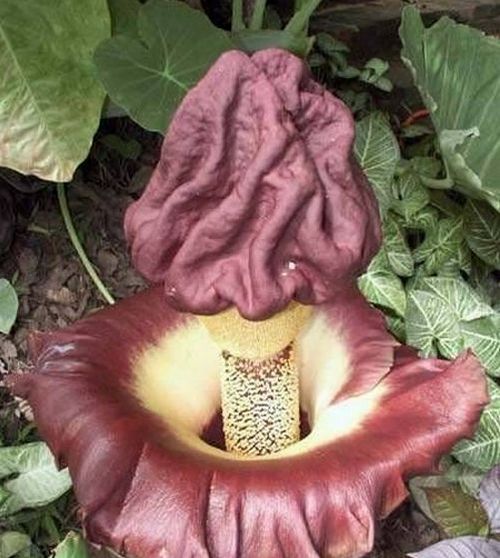 The elephant foot yam is a relative of the stinky phallus up there. And joy of joys, this one is edible! Seriously, the root of this is apparently a yam and is eaten in several countries as a delicacy. It looks like an ugly mushroom, but with any luck, doesn’t smell like death. Since it bears resemblance to its big brother, Titan Arum, it also understandably has a suggestive name: “mutated wiener”. Have fun with your weiner yams, rest of the world, we’ll stick with potatoes. 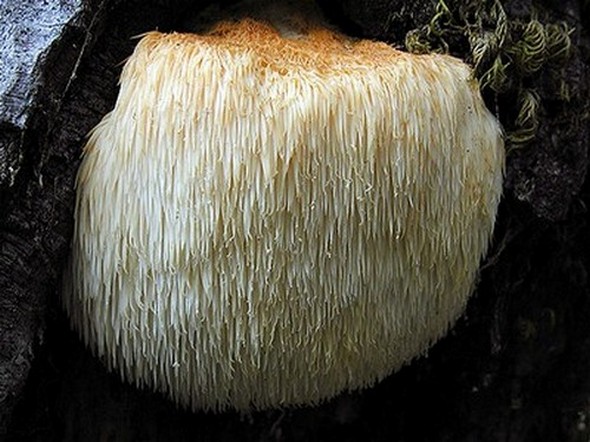 The mop tree in full bloom

These things are about thirty kinds of weird. It looks like an old man’s beard made out of worms, and is actually a mushroom. They are edible, and apparently certain types have been found to be helpful in fighting cancer, stimulating nerve growth, and helping kill roundworms. They also grow branches, like a tree. Or possibly ent.

While many people love the taste of mushrooms, and an anti-cancer pizza would win all the Nobel prizes, but we think most people would agree that getting past the appearance would be pretty tough. 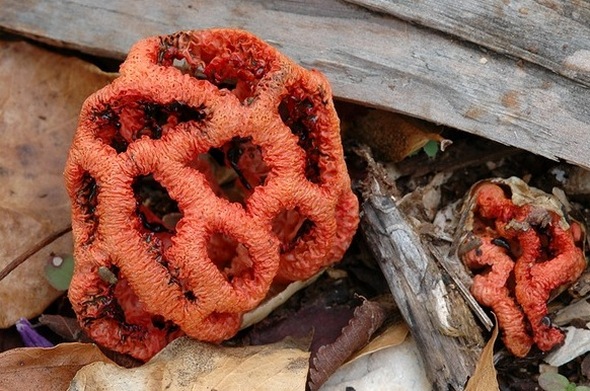 It turns out giant flowers aren’t the only things that smell like dead bodies (aside from more dead bodies), and this mushroom is one of them. Fungi are usually a lot bigger than we realize. The bulk of it remains underground, the only part we can see is the mushroom, or “fruiting body”. But they don’t have to be mushroom shaped… in this case, it is lattice shaped and the interior is coated with slime. The stench exists for much the same reason as the flowers; flies distribute the spores allowing more stinky mushrooms to grow.

Unlike the bear’s head, this one you don’t want to eat. Eating one has been documented to cause stomach cramps, convulsions, loss of the ability to speak and can cause the person who ate it to fall into a stupor. You may be wondering who in hell would eat a mushroom that smells like a cadaver, well, the Wikipedia entry that mentions the symptoms also said that in the case documented above, the kid who ate the mushrooms was forced to throw up. And he didn’t just cough up the mushroom pieces, there were two worms as well. 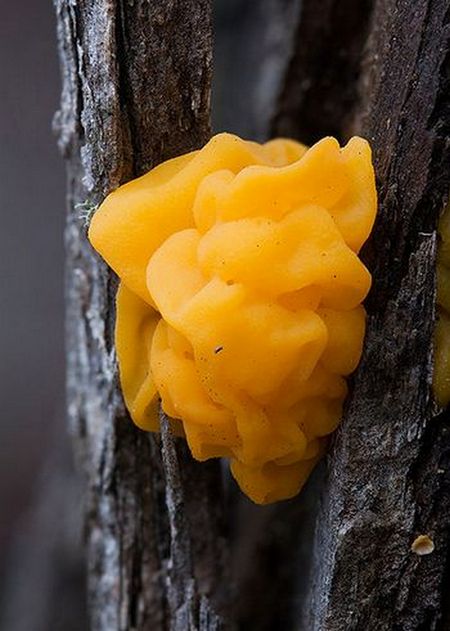 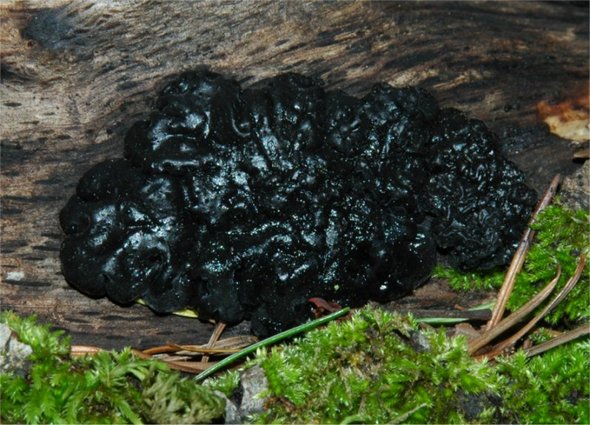 These two have possibly the most revolting names in fungal history. Witches butter is considered a delicacy in some places (Okay, in China, so take that info with a grain of salt) but most of the world seems to think they taste pretty bland. Both types are parasites of wood fungus, which for some reason I find deeply unsettling. They add to their appeal by also being called Yellow Brain Fungus. 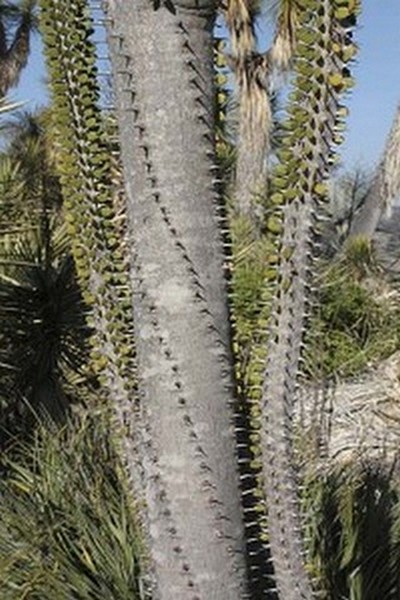 This is the sort of potted plant you give people you don’t like.

We couldn’t find much on these save that they are from Madagascar (imagine that) and they are endangered. They have the notable distinction of being on this list and not smelling like fecal matter or dead meat, but rather look like something used during the Inquisition to force confessions of heresy.