How-To books are amongst the most popular genres in the world for two reasons: practically anyone can write one (assuming they’re capable of doing something, of course) and because there are a vast number of people that think spending a weekend reading will somehow make them experts in their chosen fields. Of course, that’s usually not true but that won’t stop someone from buying the same six books anyway.

What follows are a special breed of how-to books. Unlike the ever-popular and somewhat insulting “Idiot’s Guide to X” series, these books don’t have much in the way of practical use in modern society. But that’s assuming they ever had a practical use at all.

“Do-It-Yourself Coffins: For Pets and People” 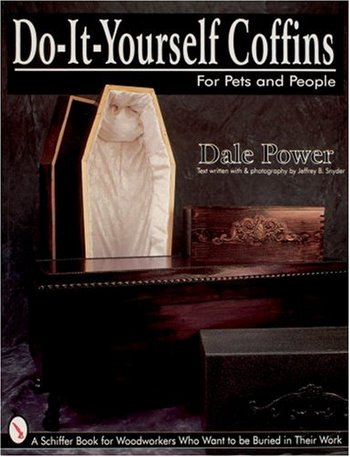 Question: what sort of person would constantly need to construct their own coffins? Answer: serial killers.

All joking aside, there is a market for this sort of thing and that’s not the strange part (after all, someone somewhere has to make coffins, right?). The strange part is the “For Pets and People” line, emphasis on “pets.” I don’t care how cuddly wuddly he was while he was alive: Fluffy doesn’t need a coffin. Coffins are for war heroes and creatures that know how to operate doors.

“Well Blow Me Down! A Guy’s Guide to Talking Like a Pirate”

by Mark Summers and John Baur 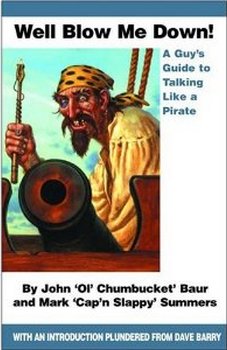 Popular with college freshmen and virgins in the English speaking world alike, talking like a pirate is the linguistic equivalent of smearing feces all over your naked body in the middle of a crowded subway car. The only person who will be left standing next to you won’t mind the scent because he already smells like shit.

Also, why are pirates still some kind of floating joke? Actual modern-day pirates are essentially floating machine guns. It doesn’t matter how silly they sound because they will shoot you with bullets until you die.

“How to Good-bye Depression?”

“How to Good-bye Depression?: If You Constrict Anus 100 Times Everyday. Malarkey? or Effective Way? by Hiroyuki Nishigaki 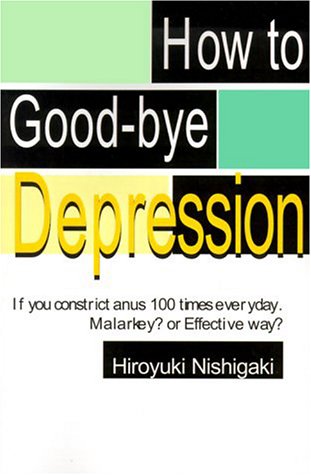 Other than being the most uncomfortable answer on the Jeopardy! board at any given time, this title also presents us with one of the most interesting aspects of human nature: if anyone suggests that something works, at least one person will try it without any sort of need for evidence. Someone reading this right now is telling themselves “No way,” but in the next fifteen minutes that same person going to be in the back of a speeding ambulance with some very interesting injuries to explain to the nursing staff. I mean, c’mon people: the title itself is posed as a question. Even the author has tried this because it’s too damn ridiculous. Then again, anyone who could stand to read this grammatical train wreck is probably a lot tougher than any of us.

“The Beginners Guide to Sex in the Afterlife” by David Staume 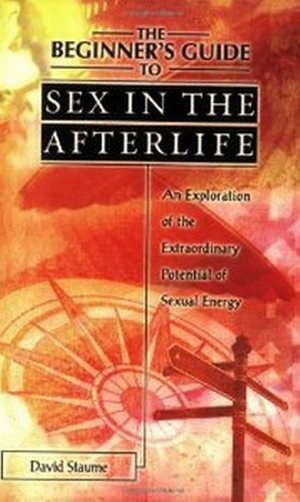 “How to Abandon Ship” by Phil Richards 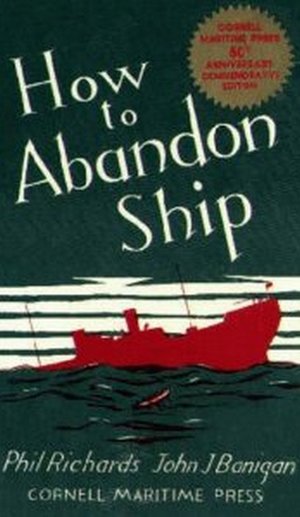 Let’s face facts: the ocean can and will kill you if given the chance. That’s why you need to be prepared for the moment that Poseidon rises up to take back what is rightfully his. With helpful tips like “Leave your ship” and “Stop not moving,” How to Abandon Ship will provide you with all the information that will inevitably get you killed via drowning or shark attack.

Fans of How to Abandon Ship may also be interested in How to Avoid Huge Ships. After all, this information practically goes hand in hand.

“Anybody Can Be Cool… But Awesome Takes Practice” 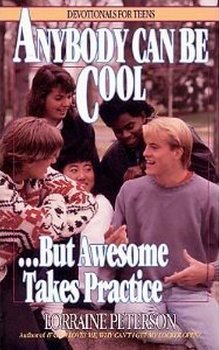 Zach Morris, seen here “hanging out” with local inner city youth, gives the finer tips on being totally rad, like wearing dull sweaters in mild weather and ignoring the creepy rape-stare from the Asian kid to your immediate right.

“How You Can Bowl Better Using Self-Hypnosis” by Jack Heise 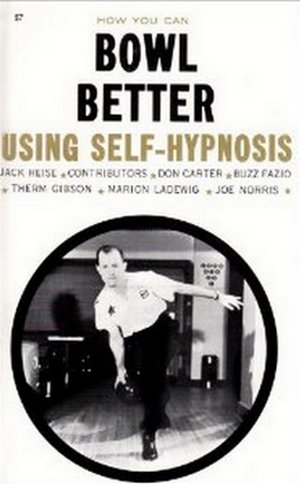 Someone has unlocked the power of hypnosis. Sadly, instead of abusing this super-power for the benefit of sexy and possibly illegal hijinks, they decided to stack the odds against their beer league for the benefit of absolutely no-one. Seriously, of all the possibly uses of hypnosis, bowling ranks somewhere between “remembering own birth” and “hypnotizing self to become awesome without practice.”

“Even God Is Single, So Stop Giving Me A Hard Time” 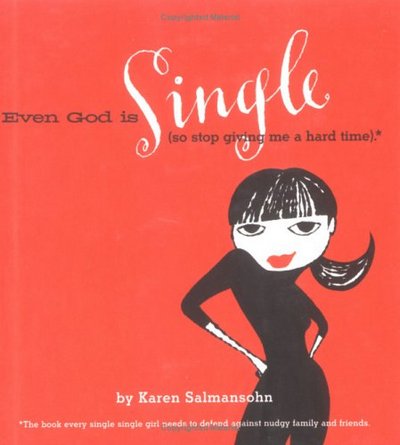 Part of the ever-popular “how to survive being single” genre of books, this snarky nugget of wisdom presents us with an interesting question: if God himself never settled down then why should anyone else? What the author ignores is that God created the entirety of the universe. Meanwhile, all the author has done is compare God to Ally McBeal and presumably pissed him off.

“If You Want Closure in Your Relationship, Start with Your Legs” 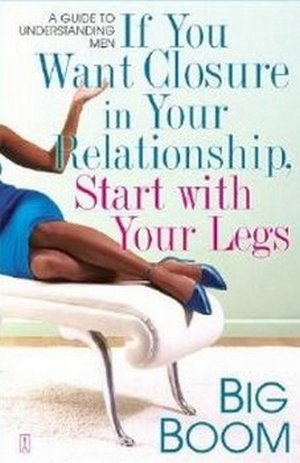 The alternative title “Stop Being A Slutbag, Seriously, Just Stop It” didn’t make the cut but the original sentiment is still there, just as heartfelt as it is incredibly insensitive.

“Make Your Own Sex Toys”

“Make Your Own Sex Toys: 50 Quick and Easy Do-It-Yourself Projects” by Matt Pagett 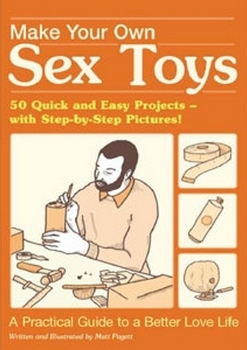 For the sex hobbyist working on a budget comes this handy guide. While there’s nothing terribly funny about making your own sex toys, the Amazon user review page for this literary gem lets us know that the sort of person who does have a desire to make sex toys has higher standards than “make a hole in a ripe melon and heat for thirty-seconds.”

“Outwitting Fish: An Angler’s Guide to Proving That the Smarter Creature is On the Dry End of the Line” by Bill Adler 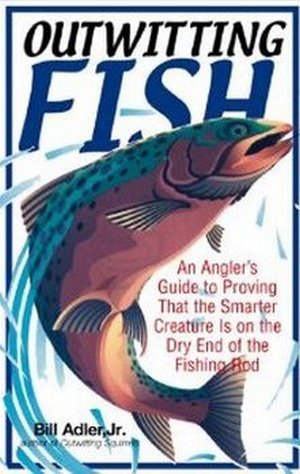 Yet another entry in the “man vs. sea” series, this tome is for the fisherman who is apparently terrible at their chosen profession and thus probably shouldn’t be fishing. What’s more, the title itself should be a decent tip-off that this whole thing is actually a joke perpetuated by fish themselves. Evidence: the allegedly smarter species has to read a book to reassure themselves that they are such. 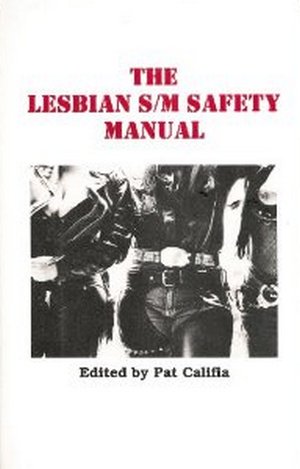 Finally, we end on a high note and what must be the most specific sex manual on the market. It’s not enough that it be a safety manual for S/M (feel free to Google it, kids!) but that it’s specifically for lesbians. That’s really where the safety part kicks in because as Pat Robertson can tell you, lesbians are made entirely of broken glass and sin.