Nothing captures the essence of a force of nature like a well-timed photograph. These photos show eleven major natural disasters either during or after the event itself and show the devastation with unique perspectives.

Triggered by one of the worst earthquakes ever recorded, the scope of the tsunami made it the most devastating in history. So far-flung was the impact that eight people died in South Africa five, thousand three hundred miles away from the epicenter.

Reaching 7.9 on the moment magnitude scale, the damage caused by this earthquake killed at least one hundred five thousand people and caused damage forty miles away from the epicenter. The biggest loss of life resulted from a fire tornado in downtown Tokyo.

People expect avalanches to happen in the Alps. That’s fine. But what shouldn’t happen are six hundred forty-nine avalanches in three months. The Winter of Terror saw the deaths of over three hundred people and the complete devastation of several villages.

The Great Tangshan Earthquake was one of the biggest earthquakes of the 20th century, made worse by several factors. First, Tangshan was believed to be at a low-risk for earthquakes, meaning construction in the region wasn’t specialized. Two, it happened at four in the morning. Finally, though there were some warning signs there were no foreshocks, so most people had no idea what was coming.

For two years China suffered through a long period of drought. This was followed by melting snow and heavy rains. In the ensuing chaos of mass flooding, many people starved or drowned. There were also reports of cannibalism. Water levels peaked at fifty-three feet. The highest death estimate is four million.

The worst storm to ever hit Myanmar and the second deadliest cyclone in recorded history.

Unfortunately, the full extent of the damage may never be known; the ruling junta was thought to under-report and prevent active reporting on casualties and missing persons.

This was the deadliest tornado in the history of Bangladesh. The storm was one mile wide and followed a fifty-mile path. Eighty thousand people saw their homes destroyed.

Though there is doubt about the estimate, the death toll was one thousand three hundred, making it the deadliest tornado ever recorded.

Over the course of six days, Iran saw extreme low temperatures and fierce winter storms. Southern Iran saw over twenty feet of snow. Kakkan and Kumar were reported to have no survivors. The final tally of those lost is four thousand.

This was only one in a long series of earthquakes in Haiti’s history but is amongst the most destructive. The quake, the fifty-two aftershocks, and a small tsunami that followed have had a lingering effect on Haiti. Damage estimates, particularly loss of life, are thought to have been significantly under-reported by the government.

This was one of the three largest eruptions in recorded history, but a lazy government made the impact much worse. First, Guatemalan officials refused to act, as they were busy with a propaganda festival. Second, those who lost their homes were forced to rebuild damaged buildings with no compensation.

After two months of near-constant rainfall, a massive landslide has triggered that hit sixty towns and over one million people. This disaster was unique in that it received heavy coverage from local bloggers, painting a thorough picture of the storm and recovery process.

30 Useful Adjectives That Start with W You Must Learn 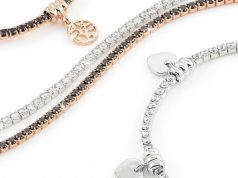