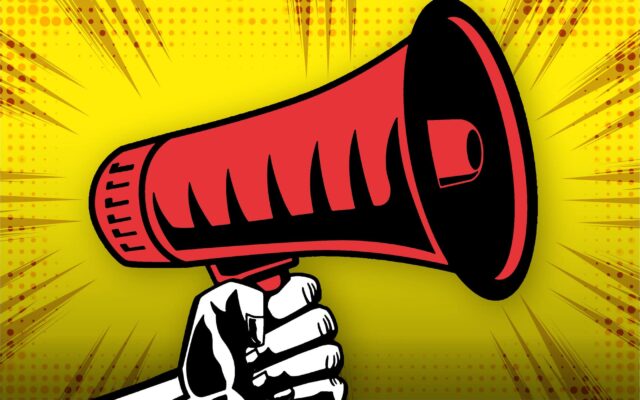 In your next conversation if you watch closely you’ll realize that communication or the entire habit of transferring the thoughts, ideas, and emotions from one person to another is in itself weird. Some methods of communication are just a bit wilder and weirder than others.

Just because the only use whistling currently has is to exasperate the person working in the next cubicle doesn’t mean it was always a source of annoyance. Long ago in places where the terrain makes walking difficult, whistled languages closed the communication gap. Much like spoken speech this type of communication had expressions and a “vocabulary” based on the language commonly used in the area, and could easily convey a complex message over a long distance. You can find out more about the whistled language here. 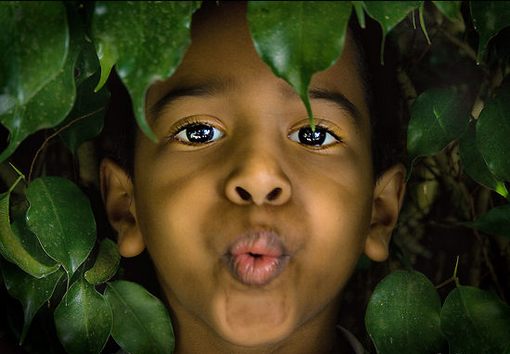 This is one of the oldest forms of communication. In old western movies, the typical picture we have is the Native Americans using this unique form of getting a message across, but the truth is ancient people from all over the world have used this method. Soldiers guarding the great wall in ancient China used smoke signals to alert one another to the approach of an enemy. Greeks devised a very complicated system involving an entire alphabet of smoke signals used around 150 BC. The Greeks used torches while the Native Americans used dried grasses tied together in a bundle. While most people in recent times think of smoke signals as being bound to a specific location where a large fire has been built these methods of carrying small combustible, but long burning materials meant the signals could be sent at any time from anywhere. In fact, some tribes of Native Americans used this mobility as part of the signal itself. For example, signals from midway up a hill could indicate safety, while signals from the top meant danger.

Yodeling seems like a silly past time to many in the west, but its initial purpose was communicating over long distances and across deep expanses. In yodeling, the voice register is switched sharply and can be easily heard over long distances. This made communication possible between mountain peaks or across wide expanses. It is believed the practice of yodeling was developed in the Swiss Alps, but it is also found in such places as Central Africa. Now if you wanna learn to yodel, do it here! 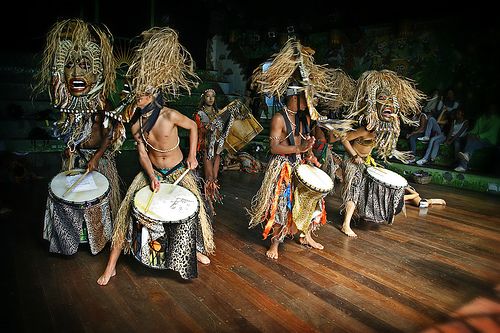 It was a staple of many old radio shows and movies like Tarzan. Explorers fearfully making their way through a jungle would hear the drums pick up tempo and volume, and they knew they were in deep trouble. Far from being a source of terror the drums in the jungles of Africa or Asia were really more the equivalent of the local news. In fact, drums were a simple method of communication across distances since tempo and volume could be used much the same way as Morse code.

5. Just draw me a picture

It was not as immediate a form of communication as whistling or yodeling, but the earliest of this type of writings was believed to have been used since prehistoric times to tell stories, warn of danger, claim territories, and even to mark mass grave sites. The pictures were usually crude and created to look like a physical object. These symbols were employed at first to represent physical items but later developed into ideograms, which could represent ideas. From early cave drawings to the detailed artistry of Chinese calligraphy this type of writing has developed into a complex and beautiful art form still practiced in some cultures.

6. I know what you’re thinking

People have always watched each other closely looking to see if they could detect a lie. Gamblers search each other’s movements or ticks for a ‘tell’ or a habit that indicates when someone is bluffing or holding high cards. Something as small as a raised eyebrow or a lip twitch could mean that someone might be trying to lie or it could mean they simply have an itch. 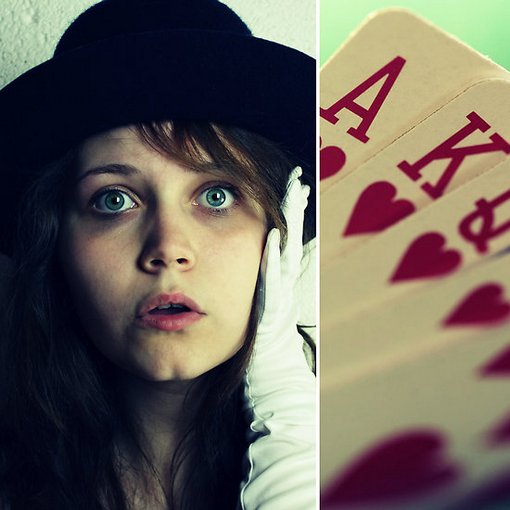 Body language involves the common indicators we give subconsciously whether we are happy, sad, worried, guilty, trying to hide something or any of a thousand emotions in between. Studying these indicators has only been a science since the 1950s, and what scientists have discovered is now used by law enforcement and the military to spot terrorists. This language is slowly being demystified, which may make you worry about how you’ll keep that full house to yourself when everyone knows what you’re thinking.

Just after midnight on the 14th of April 1912, the RMS Titanic hit an iceberg. The ship was designed by the most experienced engineers of that time to be unsinkable nevertheless the captain was told there was no hope. The ship would sink into the icy water carrying its 2,223 passengers and crew to their deaths unless quick action was taken. Captain Edward J. Smith was on his retirement cruise. He’d be with White Star Line, which owned the Titanic a long time, and he knew there were not enough lifeboats for even half the passengers much less the crew. Drowning was not the worst fate possible since in the icy water no one could last more than 15 or 30 minutes. Among those passengers were the rich and famous of the time including millionaire John Jacob Astor IV and his pregnant wife Madeleine, Benjamin Guggenheim, the journalist William Thomas Stead, the Countess of Rothes, and silent film actress Dorothy Gibson among many other notable names, and some of them the Captain knew had attended their last party.

After commanding as many passengers placed in the lifeboats as possible Captain Smith made his way to the wireless operator Jack Phillips and Harold Bride in ship’s wireless station. He ordered them to send out the emergency distress call. The distress call used up to this point was known as CQD an international distress signal that reads as “ -.-. –.- -..” which is a rather long signal to send out quickly. In desperation, the wireless operators began sending out the new signal S O S which at just three characters “…–…” was much shorter. As weird as it sounds the lives of the passengers of that ship that night depended as much on the wireless operators and the language of dots and dashes as they did what space was available in the lifeboats. 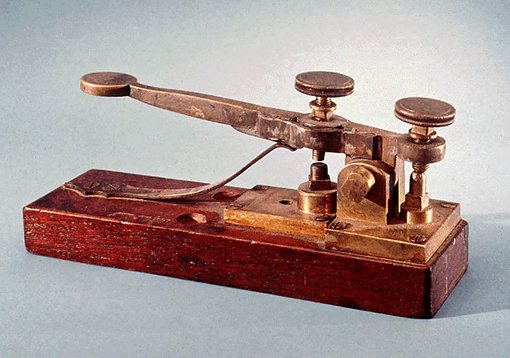 The code was invented by Guglielmo Marconi in 1897. CQ in this language was meant to identify messages of interest to all stations and D was to indicate distress. That night Jack Phillips was the first to use the shorter S O S, but it was all for little good. Only the crew of the Carpathia 58 miles out answered the call and was so slowed by icebergs in their path they couldn’t reach the Titanic for almost two hours. By that time the loss of life was considerable. Still, the new signal caught on to the point that even now when the use of the wireless is minimal ships in distress still call out an SOS when they are in trouble. Learn morse code and phonetic alphabets here.

Skywriting started almost as soon as airplanes became popular. The trick is to use a pressurized container containing low viscosity oil, which is then injected into the hot exhaust manifold. This vaporizes into a white plumy trail behind the plane. While new techniques can make the smoke last a little longer the trail evaporates quickly so if you decide to use this method to ask for your love’s hand in marriage you better make sure your intended is looking skyward at the proper time, or she will be wondering what ‘arr e’ means.

Texting is a weird phenomenon when you consider all the technology that progressed into people having small cell phones to carry around and how odd it is that instead of talking into them many chose to write messages. These messages are short, almost incomprehensible to anyone not familiar with the code, but they are becoming a favored mode of communication in part because of privacy, they afford the user. So popular is texting on cell phones that entire novels have been written using this method.

10. Talking to the Stars

The question of how mankind can find other life in the Universe is almost as quickly followed by the question of how to communicate across the fantastic distances in space. Yodeling just won’t cut it this time. The length of time radio signals travels means that any signal detected would come from the distant past. There are some projects being conducted looking for radio signals, but another suggestion is using laser signals to draw attention to Earth’s status as a hot spot of intelligent life. As the plots of many science fiction movies have advanced there is no promise of how friendly any other life forms might be once they get our message. 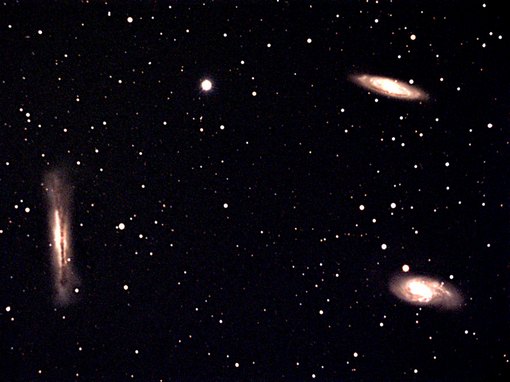 If you look up at the stars you might wonder if anyone is really out there. You might also wonder if they have found as many strange ways to communicate with each other as we have.