We love celebrities. How boring might our own lives become if we couldn’t marvel at their exploits both on screen and off? They tell us stories and pretend to be someone they aren’t when they work, and in their private lives. There are times when it’s hard to know when our interest is being exploited a bit through exaggeration. It’s hard to tell fact from fiction with those who make their living blurring that line. With the wild truths the press uncovers on the lives and deaths of figures like Michel Jackson and David Carradine celebrity life seems bizarre enough to fuel even weirder myths.

Speaking of blurring the line

Jamie Lee Curtis started out as America’s Scream Queen with movies like Halloween and Terror Train, but her movie roles began to grow up when she grew out going from a small bra to a much, much larger one in the blink of an eye. Perhaps it was this change in her measurements that started the rumors, but the buzz that Jamie wasn’t always a girl started making the rounds. The Urban Legend goes that Curtis was actually born a hermaphrodite and has the male trait of two X chromosomes and one Y. Such things do happen from time to time and usually the doctors remove the male sex organs leaving the baby to be raised as a female. A person with such a condition is unable to bear child and might have some masculine features. While Jamie’s kids are adopted, and she does look a little strong for a woman, she’s never addressed these rumors. 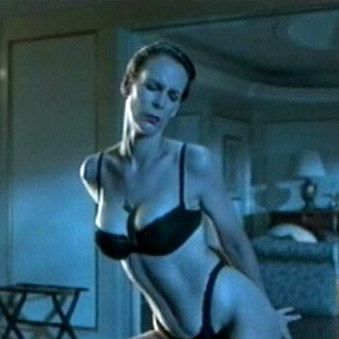 So is the retirement thing just a cover?

Bill Gates is famous for giving the world an ‘easy to use’ computer interface programs from his mega company Microsoft. For anyone who has ever lost a long report or even just a few important lines of an email you know this ‘easy to use’ programming is breakable, hack-able, and certainly buggy. It’s enough to make you wonder about Mr. Gates, and it appears at least a few have since his name has been vilified to the upmost point. The Urban Legend is that Bill Gates is Satan himself. Now this rumor has run the course with those folks who spend their time sitting at their computer. It involves a formula which alleged proves the master of Microsoft is actually the Prince of Doom. They’ve gone all the way down the nuts and bolts of programming—ASCII code otherwise known as American Standard Code for Information Interchange to crack Gate’s own programming and came up with an interesting figure. Looking at the former Microsoft head guy’s full name they noted that Bill is the third of this family using the same moniker making him Bill Gates the third or III. Converting Bill Gates III into ASCII and then adding up all the numbers, they got the infamous number of the beast—666. Coincidence? How is Windows 7 working out for you? 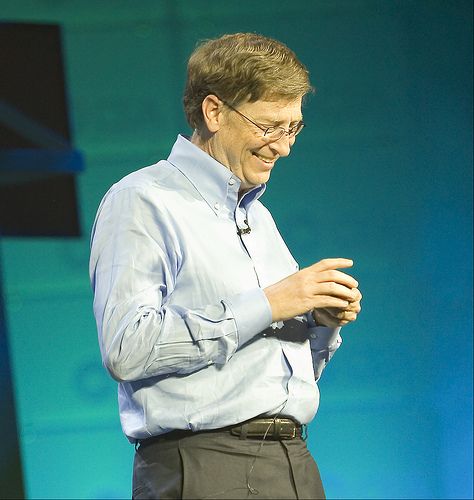 This one has to be the grossest urban legend of all time and there is no delicate way to put this. Since the 1970’s when his crooning put him on every radio station’s hit list Rod Stewart has been the subject of a disgusting rumor. According to the weird and nasty scuttlebutt he was once taken to a hospital after passing out just off stage and out of his stomach was pumped a pint of male reproductive fluid.

Yes, that is what you think it is. Rod denies these rumors. This writer is relieved to move on to the next urban legend. 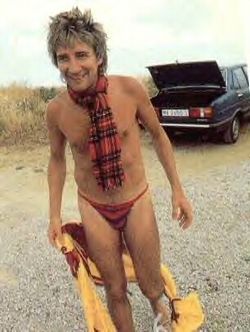 The legend won’t die at least

Allegedly when he died Walt Disney had himself frozen so that he could be brought back to life at a later time. Even today the process of freezing remains known as cryonic suspension is controversial and no one has ever been ‘brought back’ using this method. The folks at the famous celebrity cemetery Forest Lawn are totally confident Disney is buried here they just don’t let tourists know exactly where. 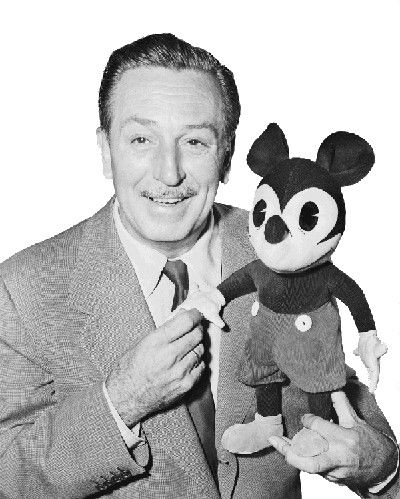 Did they or didn’t they? And do we care anymore?

It might be odd for some in these days when sexuality isn’t a thing discussed only behind closed doors, but the question of what did and didn’t happen between a drunken David Bowie and a trashed Mick Jagger is still debated. It was a huge scandalous moment when Bowie’s ex-wife Angela confided in Howard Stern, Joan Rivers and millions of listeners that she had walked in the couple’s bedroom one morning to find David and Mick sharing a naked nap in the marriage bed. David and Mick have continued to deny this tale even after Bowie admitted to being bi-sexual, and Angela has changed her story a number of times, but the legend lives on. 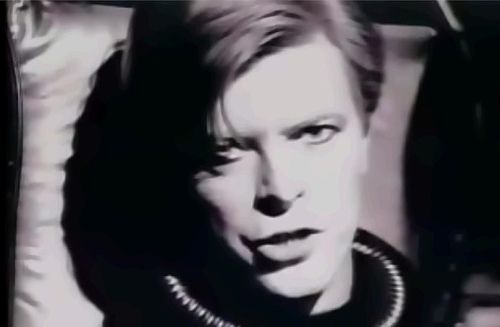 The Tupac is not dead Legend

Just like Elvis, Kennedy, and pretty much everyone else with fans who has passed away there are those who just can’t let the rapper be dead. Among the reasons for believing the artist is still secretly among the living after being mysteriously gunned down are the following:

His friend Suge who was traveling in the car with him was not hit or hurt at all despite the fact Tupac was supposedly riddled with at least a dozen bullets.

The car the attackers were driving was never found. The assailants drove right passed Tupac’s bodyguards who didn’t give chase. The shooters were never found.

According to the rumor he was not autopsied, which would be odd for a murder victim. This part and indeed all of the legend is refuted by a graphic post-autopsy photo that showed up in a book on his life and later on the internet clearly showing the rapper in a shot which captures several distinctive tattoos on the artist’s arm. 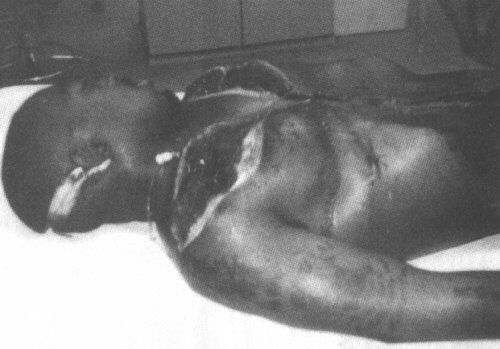 That’s not why Adam did it

The Legend here is that weird songster Marilyn Manson removed either one of his own ribs or several. Yes, that would be strange, but the alleged reason for this change of shape gets weirder. He wanted according to the rumor to be able to bend completely from the waist until his head was even with his…well, um…until his head was between his legs. Why the singer would wish to perform this maneuver is left to the reader’s imagination, but we can say he’d never be lonely again. Marilyn has denied the rumors making the tongue in cheek statement that the operation would be too expensive. 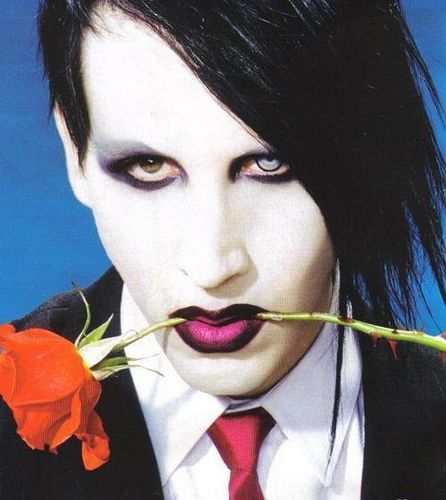 Shortly before his death James Dean made a public service announcement in which he admonished young speeders to slow down as the “life you save might be mine.” Sadly, the actor only made the PSA to satisfy his own legal obligations related to his speeding tickets and he didn’t heed his own advice. Early in the evening of September 30th 1955 the young star’s newly purchased Porsche Spyder crashed into another car. His passenger friend and mechanic Rolf Wutherich was thrown clear, and the other driver suffered only minor injuries, but Dean was pinned in the wreck. The megastar actor’s neck was broken. The car was totaled, but was purchased by a showman who charged folks a quarter to see the smashed vehicle. It was then sold to a car designer. When the Spyder was delivered it rolled off the back of a truck breaking the legs of the mechanic who was to inspect it. Next a Beverly Hills doctor purchased the engine of the Porsche and was killed in a crash the first time he took his car out using the salvaged part. Another doctor bought the transmission and he too was hurt in a crash while driving the vehicle. There is an even weirder story of what happened to two tires from the wreck. The tires were checked out and found to be in working order and sold to a man from New York. He also crashed when both the tires blew out at the same time. Lastly, while the shell of the car was being transported the truck carrying it skidded and crashed killing the driver. The shell was then stolen from the scene of this single vehicle crash. Is there a curse? No one will ever really know. 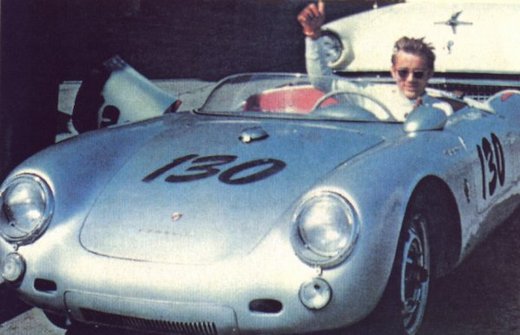 In 2003 when Gibson was making The Passion of Christ there were emails thrown around the internet accusing him of anti-Semitism. In those days most fans were willing to accept Mel’s assurances he wasn’t a bigot despite the fact his father was a well known Holocaust denier. Then in 2006 the actor/director and family man was pulled over for drunk driving and was recorded in the midst of a bizarre rant. He rallied against Jewish people and among other weird statements referred to a female deputy as “sugar tits”. Mel Gibson still denies being a bigot and claims to have no idea where the rant came from or how he could have said what he did. Even for those who love Mad Max and Lethal Weapon movies it’s a little hard not to believe the legend now. 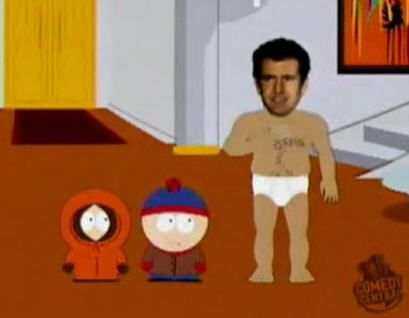 How long is too long?

Gene Simmons of the rock group Kiss became famous for displaying a freakishly long, slim body part. Simmons has a long tongue which he flashes often during his performance and has led to a rumor it’s not all his. According to the Urban Legend he had another person’s tongue grafted on to the end of his own mouth muscle. The problem with this legend is that Kiss and Simmons tongue have all been around since the 1970’s while the medical technology to perform such a surgery has not. 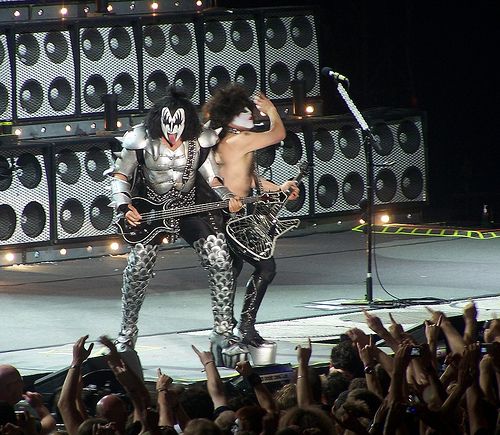 What legends are true? There’s no way to know, it’s up to you the reader to decide what is just weird or too weird to be true. Written by Kacey Stapleton – Copyrighted © www.weirdworm.com