Product placement, sometimes called “embedded marketing”, is a form of advertising where an ad is placed somewhere that is usually devoid of ads, often subtly and without the viewer fully noticing it. In some cases, product placement is not strictly a matter of business. Including familiar brands and products in the world characters inhabit can make that world seem more realistic. For instance, most movies feature cars – not every movie in history has gotten money from car companies, though. Still, some instances of product placement are so obvious, so transparent as to be strange and jarring.

Marlboro paid the producers of Superman II $25,000 dollars for a Marlboro truck to be smack dab in the center of the final epic fight of the movie. At one point, the near-invincible Man of Steel is thrown right through the logo, and then climbs back out. Of course, the moral implications of putting a children’s superhero in a cigarette truck have not escaped people, and many parents objected to the imagery. In some instances, forms of product placement are not even intended, and compensation may not be received at all. In Sideways, Paul Giamatti’s character is lovably snobby in regards to wine, and disparages Merlot throughout the film while praising Pinot Noir as the superior variety. Following the film’s critical acclaim, an indisputable impact on the wine industry was made – Pinot Noir sales jumped 16% in the Western United States, while Merlot sales dropped 2%. Code Geass is a Japanese animated television show that has also enjoyed a translated run in the United States on the popular Adult Swim block. The show was sponsored in Japan by Pizza Hut, and despite the fact that it takes place in an alternate reality, Pizza Hut pizza is prominently featured throughout the series. One character in particular, C.C., frequently orders Pizza Hut pizza. She also carries a stuffed toy of Pizza Hut’s mascot at the time, Cheese-kun. A variety of videos have since sprung up on YouTube with montages of C.C. enjoying Pizza Hut, often backed by music. Apparently, even if you’re in the future, and in space, Pizza Hut will still deliver to your starship. 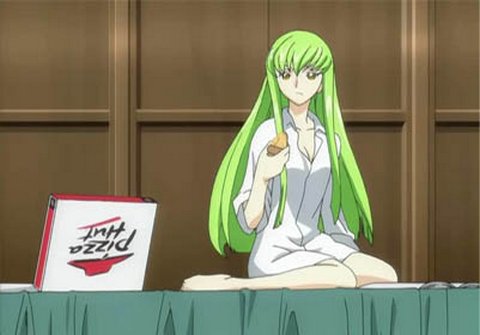 Fight Club is about fighting The Man. It is scathing in its treatment of corporations, brutal in its anti-establishment cynicism. And yet, several companies backed David Fincher’s film in exchange for a little product placement. Supposedly Fincher had no choice in the matter, and the studio pressured him into featuring products from the film’s backers. So, he did, but not in the way they imagined: he destroyed them.

Edward Norton’s home is filled with IKEA products, which is blown to pieces (the scene that shows his apartment is even rendered exactly like an IKEA catalog). A Starbucks is wrecked. Characters break into an Apple store, and Brad Pitt and Edward Norton smash a Volkswagen. If you’re going to slam multinational corporations, why not let them pay for it, too? 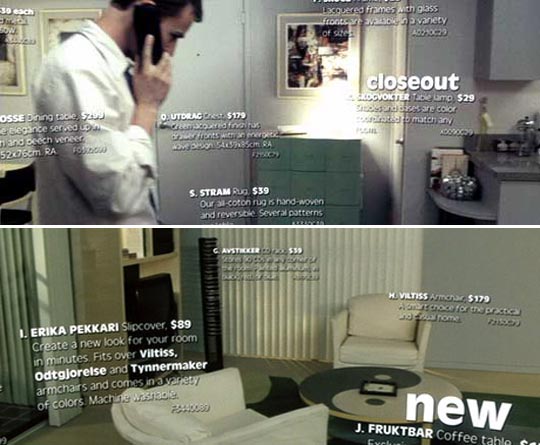 Jerry Maguire, like Fight Club¸ also bit the hand that fed it. Cameron Crowe’s famous story of a sports agent finding himself features a breakthrough performance from Cuba Gooding Jr., who plays a rising football star. Throughout the film, he is courting an endorsement deal with Reebok that just won’t come. The Reebok executives apparently were under the impression that the film would end in a happy resolution in which a Reebok ad says: “Rod Tidwell. We ignored him for years. We were wrong. We’re sorry.”

However, this never made it into the movie, and instead Reebok ends the film portrayed as the cold conglomerate that never recognizes the heartfelt talent of Gooding Jr.’s character for what it is. The misunderstanding resulted in a multi-million dollar lawsuit against Tristar Pictures. Reebok claimed they were promised that their company would be portrayed in a very positive light, but Tristar countered that it was mutually understood from the beginning that the complimentary scene would not necessarily make the film’s final cut. 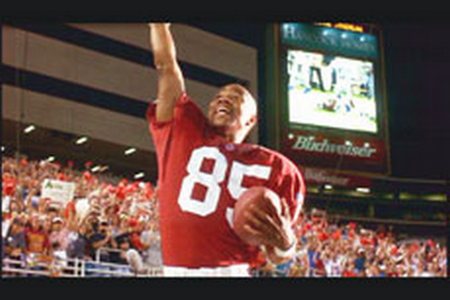