Americans like things big; we like big cars, big portions of food, big screen TVs… You get the idea. These animals are proof that Mother Nature is probably European, because these animals display the kind of forward thinking efficiency that many European manufacturers employ. They are also really, really small.

I just hope there aren’t too many called “pygmy” animals.

When I first saw that picture, I was convinced it was photo-shopped. I mean seriously, that isn’t a horse; that is a Barbie toy. Then I saw this, and my mind was blown. Miniature horses are typically less than 3 feet tall, which makes riding them a bit difficult, but they aren’t ponies, they are real horses. 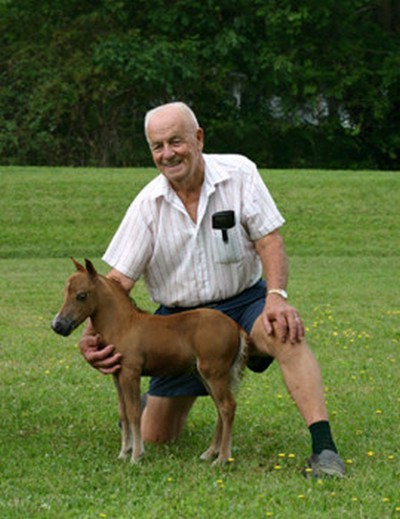 People sometimes train them as service animals (be the first on your block with a “Seeing Eye Horse”), and even as house pets, since I presume they make tiny road apples. However, they are still horses when it comes down to it, and their natural reaction to being scared is to run like hell, so they won’t be replacing your Black Lab anytime soon for those long walks in the woods playing fetch. 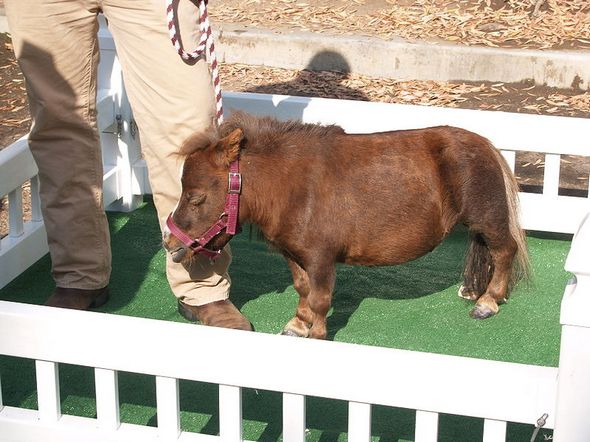 I have seen small frogs before, but in every case they were barely more than pollywogs without a tail. That thing in the picture is a full grown adult. Wikipedia makes the distinction that this is the smallest frog in the Southern Hemisphere, the smallest frog in the Northern Hemisphere being Eleutherodactylus Iberia, which I couldn’t find any pictures of. The adults of the northern frog top out at 8.5 mm while the Brazilian Golden reaches a “massive” 9.8 mm. 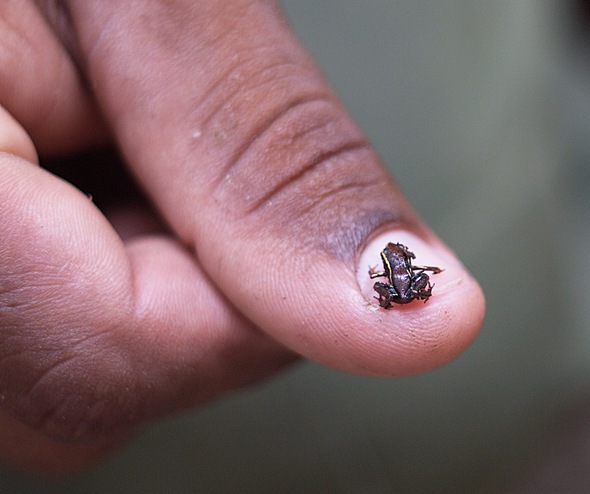 On the plus side, they are a brightly colored frog from South America that isn’t covered in neurotoxin, like poison arrow frogs but it does make them tiny, crunchy food for practically anything that eats meat. They are also endangered, but listed on the IUCN rating system as “Least Concern”, so there are no “save the tiny Brazilian Frog” funds.

Also called the Bumblebee bat, they are tiny bats from Thailand that reach no more than 1.3 inches. They are one of the world’s very few animals with a spine that is in danger of being taken out by a flyswatter, but apparently habitat encroachment is what is doing them in, although I would not have been even a little bit surprised to find out “Bigger bats” made the list of things that kill them. 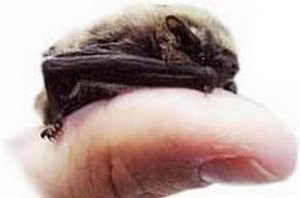 They have so much head and ear fur that their eyes are barely visible, and although they usually only cluster in groups of 10-15, they can sometimes form swarms of up to 500, which is actually quite a bit more terrifying than a mosquito swarm. Fortunately, they are insectivores, so no one is in danger of being drained by a swarming mass of tiny vampires.

These things have always struck me as weird. Regular hippos are several tons of violent terror; they apparently are the deadliest animal in Africa. Yes, yes, I know, Mosquitoes kill more than anything, but I have had to argue with people to get them to wear bug spray to avoid dying (people have contracted EEE and West Nile where I live, but people still refuse to wear it). If we had hippo swarms, I can guarantee they would wear hippo spray to avoid being mauled. The pygmies, though, are downright cute. They are like the hippo version of a dog that always stays a puppy. 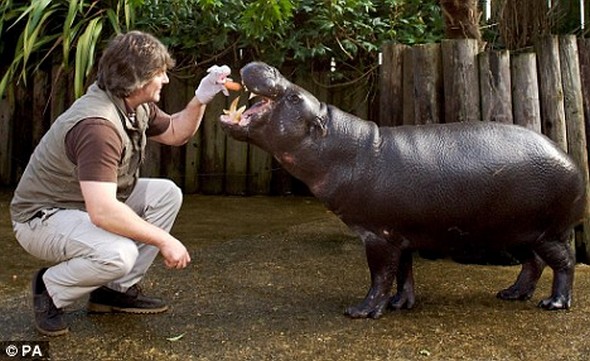 They have the unfortunate position of living in Liberia of all places, meaning one of the causes for their endangered status (yep, another endangered one) is “war”. On the plus side, they do well in captivity and also breed well, so they have a nice strong zoo population to fall back on. On that note, there is an interesting story about a former president and a pygmy hippo; Harvey Firestone (the tire guy) gave one to Calvin Coolidge, who donated it to the Smithsonian. His name was Billy, and Billy was a testament to how willing these guys are to breed in captivity; almost every pygmy hippo in a zoo in America is related to Billy.

…I find it incredibly interesting that this isn’t called a “pygmy pig”. That just seems like it should be; it’s fun to say at any rate. Guess what? They are endangered. Surprised? Neither am I (any more). They used to range all over southern Asia, but these days they figure there are about 150 of them left. To put that into perspecitve, my graduating class from High School was about 300 people. More kids graduated from my (horrible) high school than there are pygmy pigs in the world. 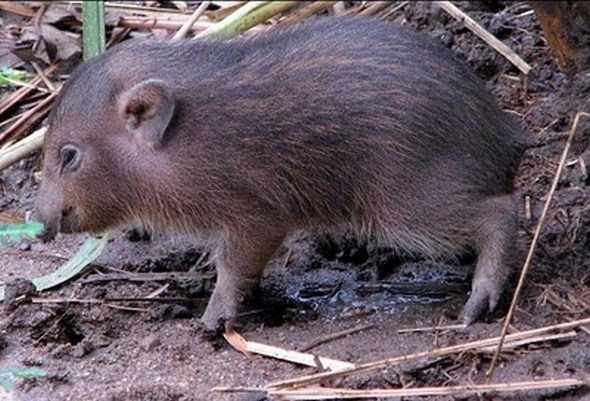 They do have the most awesome pig genus name, however, Porcula. That immediatley conjures an image of a tiny pig with fangs and speaks like Bella Lugosi. Efforts to conserve them have been hampered by the fact that they arent as cute as Bengal Tigers and Indian Rhinos. Ouch. Thanks to these piggies not being marketable, we may never know the joy of tiny BLT sandwiches, so act quickly if you want to try one. (Note; do not go kill endangered pigs for bacon)