It is quite often that album covers are as unique as the artists that are supposed to represent, but sometimes they go a little past the realm of unique and into the just plain weird. The following album covers are ones that you probably won’t recognize and if you have they are not ones that are you likely to soon forget.

Millie Jackson – Back to the S**T

This album just disturbs me on so many levels. After all who really wants to think of someone singing while sitting on the toilet and for that matter what is she wearing? Though I also feel the need to take one shoe off every time I got to the bathroom….This might be one of the album covers that is pushing boundaries just for the sake of pushing boundaries, but for whatever reason that someone thought this was a good idea…it makes our list. 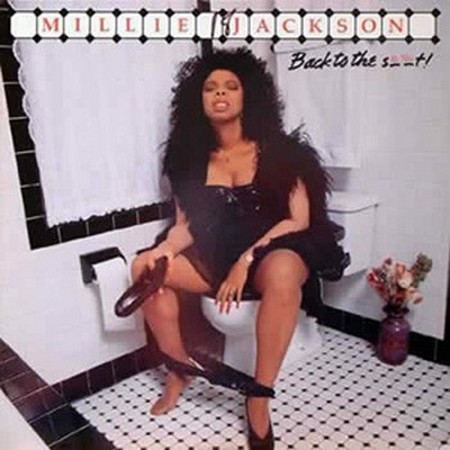 This is perhaps one of the worst thought out and designed covers I have ever seen. Handsome is probably the last word I would ever think of to describe this album cover. I cannot even imagine what the thinking may have been behind this one. Two strippers, a really horrible pose for Garry Dalaway and a dog and a pig…yeah there is just no logic or reasoning behind this one. 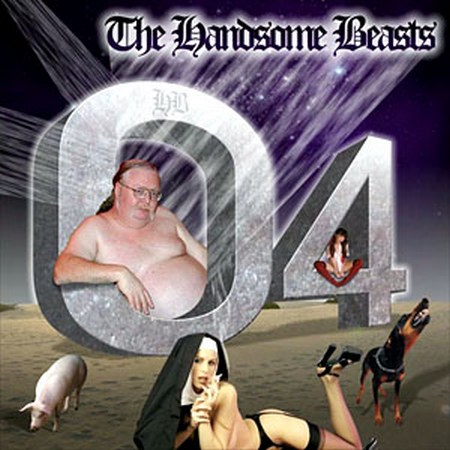 Wild Colonials – This Can’t Be Life

Now I am not quite sure what this album was trying to suggest by creating this bizarre family of carrots…yes carrots. Not only do these carrots look incredibly creepy but I am not sure what the purpose is of having one play the accordion and there is a little something off about the way the young carrot is sitting in the older carrot’s lap. By the way that is a sentence that I never expected to speak. 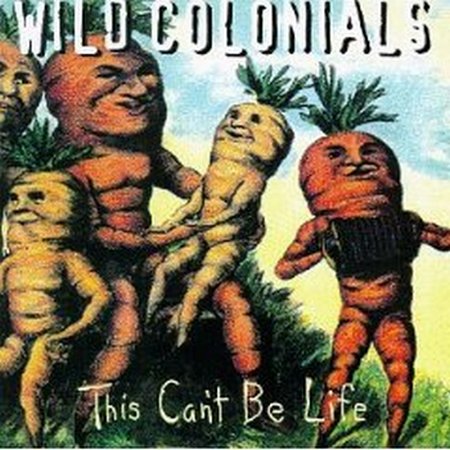 This is one of those covers that will perhaps give me nightmares for the rest of my life. First off how did they get those women to agree to pose like that and second why did they think that it was something anyone would actually want to see? I am also wondering what the music is like if the album is called Sour Cream and Other Delights and features five older women covered in whipped cream. I just can’t find the words to understand or explain this one. 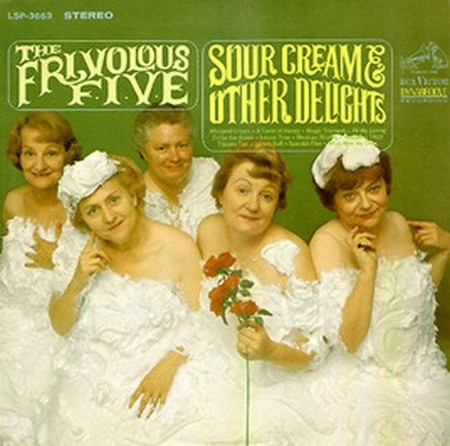 Speaking of album covers which I just don’t get…I do not know what this cover is trying to say or just what exactly the thought was behind it. I have nothing against the idea of transvestites but I would think you would approach this just a tad bit differently. I also would have to wonder about the reason that guy is so happy because most men I know would not be that excited to discover that they had a pair of double D’s. 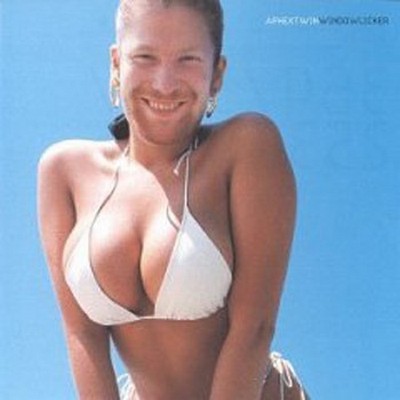