Inmates who have found themselves on this list may be here for a variety of reasons. Perhaps their last words are particularly striking, their last meals strange and unusual, or the nature of their crimes especially bizarre. This list is not meant to disrespect those executed or the victims of their crimes, nor is meant to provide a sideshow. Often these lists are funny and curious, light-hearted, and here too we may find some humor where it was intended in the last quips of some offenders. The author’s hope is that by looking at these unique cases, at least a starting point for discussion and thought is created.

Thomas J. Grasso was executed in 1995 in Oklahoma for strangling an 87 year old woman in her home with her

Christmas tree lights. He reportedly stole $12 and a cheap television set. His last meal was extravagant to say the least: two dozen steamed mussels, two dozen steamed clams, a double cheeseburger from Burger King, a half-dozen barbequed spare ribs, two large strawberry milkshakes, half a pumpkin pie, and whipped cream with dice strawberries. And one more thing: supposedly, a 16-ounce can of spaghetti with meatballs. Or, at least that’s what the prison thought. His last words suggest there was a miscommunication: “I did not get my Spaghetti-O’s, I got spaghetti. I want the press to know this.”

George Harris was executed in 2000, convicted of shooting a man during a heated argument over the whereabouts of machine guns he had purchased. His last words are often quoted for their irony: “Someone needs to kill my trial attorney.”

Gerald Lee Mitchell allegedly shot two men after robbing them during a drug deal. In a separate case, he was convicted of murder after the shooting death of a man who refused to give him a necklace he wanted. His attorney claimed that at the time of the murders he had an IQ of 75 and may have been borderline retarded, not operating at full capacity at the time of the crimes. However, what makes his case stand out more than anything else is not his crime or his personal background, but his strange last meal request: a bag of Jolly Ranchers candies, assorted flavors. 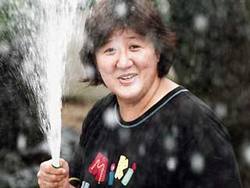 This one hails from Wakayama, Japan. Housewife Masumi Hayashi is currently awaiting execution in Japan for putting arsenic in a communal pot of curry being served at a 1998 festival. Sixty seven people were poisoned, four of whom died. The case has gained international attention because the evidence indicting Hayashi is completely circumstantial – she was seen near the curry pot that was poisoned, and she had access to arsenic, as her husband was an exterminator. However, Hayashi was also tried for three other attempted murders via poison. She was an insurance saleswoman before, and the motive in those cases was believed to be collecting insurance payments. (Her husband has since been incarcerated for insurance fraud.) In this instance, the motive was believed to be revenge, because her neighbors had shunned her family due to its checkered past. 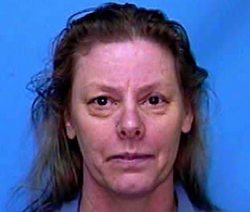 Aileen Wuornos killed seven men in Florida between 1989 and 1990 while working as a prostitute. She sometimes claimed that these killings were acts of self-defense against rape, though at other times said they were not. As her execution neared, she became increasingly outraged at prison officials, citing various injustices and acts of inhumane treatment, and also said that the prison matrons wished to rape her before her execution. In her final interview, she said that her mind was being controlled by “sonic pressure” to make her appear crazy, and that she would be taken to a spaceship by angels once dead. Her final words were: “Yes, I would just like to say I’m sailing with the rock, and I’ll be back, like Independence Day with Jesus. June 6, like the movie. Big mother ship and all, I’ll be back, I’ll be back.”

The case of Odell Barnes is well known, and is remarkable for the amount of international media attention it got. In 1989, an intruder (allegedly Odell Barnes) broke into the Texas home of Helen Bass, 42, then robbed, beat, stabbed, and possibly raped her, before ending her life with a gunshot to the head. The crux of his case was built on forensic evidence and an eyewitness that placed him at the scene.

The case was largely viewed as open and shut by the jury, who took a scant three hours to find him guilty. Barnes was unable to afford his own lawyers, and public defenders were not equipped to handle the case, so he was appointed two local attorneys, who had a small budget and not much preparation. They conducted no defensive investigation or forensic tests. Anti-death penalty activists at home and abroad (especially in France) contributed to a new defense fund, and the new lawyers uncovered several discrepancies and inconsistencies in the original case, including places where the testimony of witnesses was problematic and potentially outright false. The defense team also uncovered evidence of tampering. Despite the divided public opinions and international controversy, Odell Barnes did not receive clemency, and was executed. His last meal request was for “Justice, Equality, World Peace.” 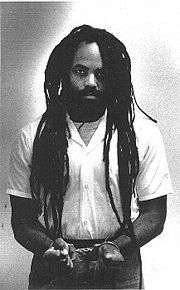 Mumia Abu-Jamal is notable as likely the most famous Death Row inmate in the world, convicted of the 1981 killing of Philadelphia cop Daniel Faulkner. His sentence is one of the most passionately debated in modern history. An outspoken activist and critic of local authority, many have claimed that Abu-Jamal was given an unfair trial. This is supported by the key witnesses at his original trial, who have since recanted their testimonies. On the flip side, some evidence remains damning to this day, such as the murder weapon being both on the scene and belonging to Abu-Jamal. The specifics of the case are worthy of a read unto themselves, but what makes Abu-Jamal most unique is the amount of fame he has garnered. Recording artists Snoop Dogg, Rage Against the Machine, Anti-Flag, and Massive Attack have all produced songs referencing Abu-Jamal (to name but a few), and he is the subject of four documentaries. He is an honorary citizen of at least 25 cities around the world, most notably Paris. In 2006, Republican leaders in Philadelphia filed criminal complaints within the French legal system against the city of Paris for “glorifying” Abu-Jamal. 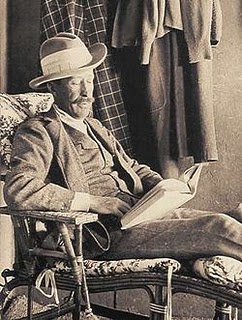 William Kogut was on death row at San Quentin, but was never actually executed. In a note, he stated that only he should have the right to punish himself for his crimes, and so he committed suicide in a remarkable way. He had decks of playing cards, a pipe, a broom, and a kerosene heater in his room. He tore the packs of playing cards to shreds, taking the pieces with red ink. At the time, the ink in these cards contained nitrocellulose, which is flammable when wet. He stuffed these into his pipe, then crammed a broom handle in behind them to plug the pipe. He then poured water through the other end of the pipe, which soaked the card pieces at the end into an explosive mixture. Finally, he put the plugged end against the kerosene heater in his room and the empty end against his head, creating something not unlike a shotgun. The heat from the heater turned the water to steam, causing an explosive pressure build up that helped ignite the nitrocellulose solution. This in turn caused an explosion that actually shot pieces of playing cards through his skull. 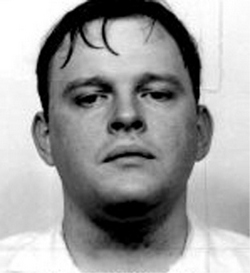 Gene Hathorn has been on Death Row since 1985 for killing his own family. He has partnered with controversial Danish artist Marco Evaristti to use his body in an art exhibit. Hathorn maintains his innocence and is still in the appeals process, but if executed his body will be deep-frozen and transferred to Germany, where Evaristti will use it as fish food. “My aim is to first deep freeze Gene’s body and then make fish food out of it. Visitors to my exhibition will be able to feed goldfish with it,” Evaristti told The Art Newspaper. The exhibit is part of Evaristti’s ongoing work that seeks to create discussion about the death penalty’s role in society. Evaristti is well known for strange and controversial work, including spray painting an entire iceberg red. 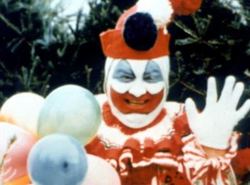 John Wayne Gacy, Jr. raped and murdered at least 33 young men and boys between 1972 and 1978. Twenty-six of these bodies were found in the crawl space of his house, with three more buried elsewhere on his property. He was a KFC manager and a part-time clown known as “Pogo”. During his trial, he jokingly remarked that the only illegal thing he’d ever done was “running a cemetery without a license.” His reported last words are unconfirmed, but are said to be “Kiss my ass,” aimed at a correctional officer before going to the injection room. After his death, his brain was removed and is currently in the possession of Dr. Helen Morrison, who looked for common traits in the brains of serial killers. Her examination of Gacy’s brain revealed no abnormalities.

The things we’ve seen on this list – the absurd, the striking, the controversial, the disturbing – are all facets of human life, and if nothing else we should be unsurprised to see them on Death Row. It is all too easy to forget that, whatever their flaws or crimes, and however inhumane some of their acts may be, those executed are still people, with quirks and personal tastes.