Home Entertainment 10 of the Weirdest Ways to Get Married

For many folks planning on taking the big step is no simple walk down the aisle. They want to start out their life together on the weird side.

A plain old fashioned skydiving wedding is still weird, but what started out as a rare event now has wedding planners all over the world like this one in Atlanta. 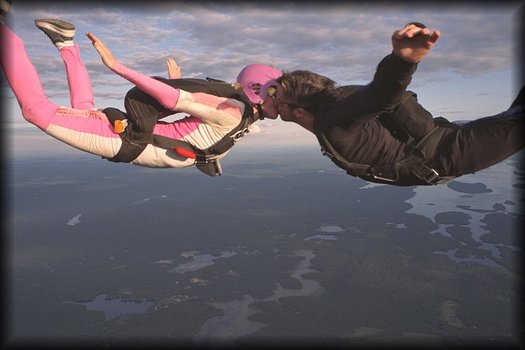 Location weddings in which the entire wedding party meets at a certain, preplanned spot to hold the ceremonies can be fun like a trip for everyone to Hawaii or perhaps a weird location like the bottom of Mount Kembla Heights NSW in the Illawarra Escarpment State Conservation Area Australia. One thing is certain, if anyone does rush in to the stop the wedding before the final kiss it is one determined suitor! 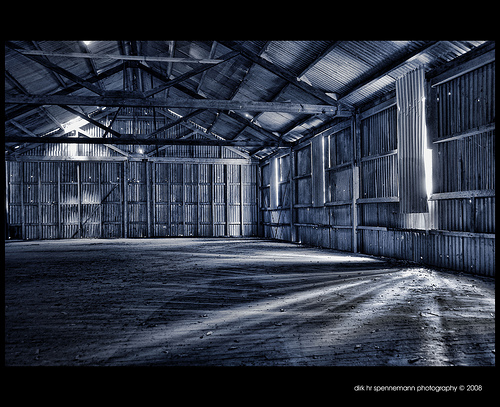 Do you want a little murder with your nuptials? A living game of Clue with a carefully scripted murder plot is a great party theme and also makes for a delightfully weird wedding reception. The question is who dunnit? Grandpa? Aunt Georgia or strange Uncle Phil? 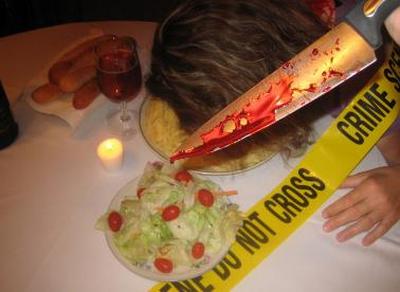 Star Trek was a fairly short-lived American science fiction entertainment series that ran only three seasons starting in 1966. For some the series never really ended and the adventures of the crew of the starship Enterprise continued in the 1980’s in the form of movies and several new television series spin offs. A large number of viewers weren’t satisfied with just seeing their hero’s exploits on film or T.V. screen as they wanted to actually live the part. They believed so strongly in the principles espoused in Star Trek, they want to make it a part of their lives. Meets, role playing games, and book clubs were the natural result and of course where ever people meet a few will fall in love. Star Trek themed weddings typically involve everyone from the bride and groom to the ‘chaplain’ dressed as the show’s characters. In the 1990’s a linguistics expert was commissioned to design a language for the Klingons one of the shows regularly seen alien species and many Star Trek weddings are now conducted entirely in this television inspired, artificially constructed language. 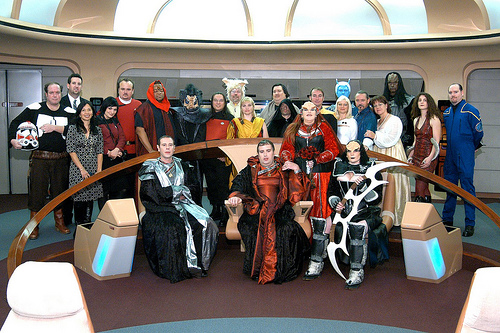 The hobby of Bungy cord Jumping is the inspiration behind the next weird theme wedding in which the couple throws themselves off a bridge or cliff with bungy cords keeping them bouncing in the air just above the ground. At least this way you know how your new spouse will handle the ups and downs of married life. 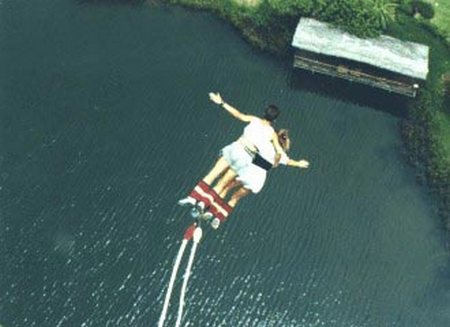 For those who are convinced the world has more water than dry land for a reason, there is the scuba wedding with everyone from the bride and groom to the flower girl are underwater.

Like Star Trek the Star Wars worldwide franchise started on the screen only this time it was the silver screen and the year was 1977. The characters and the quasi-religion some of them followed took root among their fans spawning books, more movies, cartoons and televisions series. Fans often meet and as with Star Trek love clutters the air like rocks in an asteroid field. Weddings all the members dressed as their favorite characters are common at Science Fiction conventions around the globe. 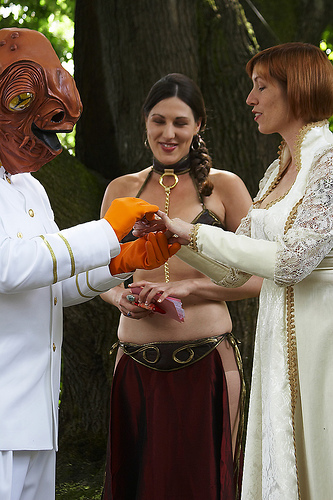 8.NASCAR is life for some folks. They live at meets every weekend and love will not be drowned out by the whine or roar of engines. Having a NASCAR themed wedding is the next logical step. 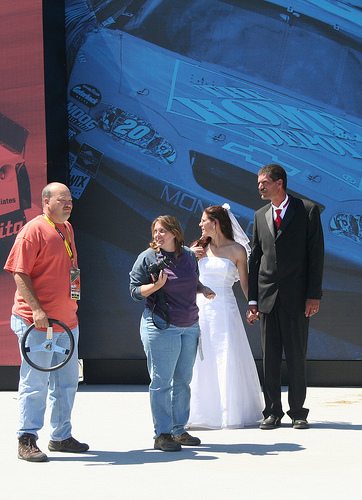 If your worship calls for being in a field, then getting married there actually makes a lot of sense. Members of pagan religions often choose the practice of ‘handfasting’ over the more traditional trappings of a wedding. To Wiccans and pagans this is a normal event, through to the rest of the world it still appears a bit strange. 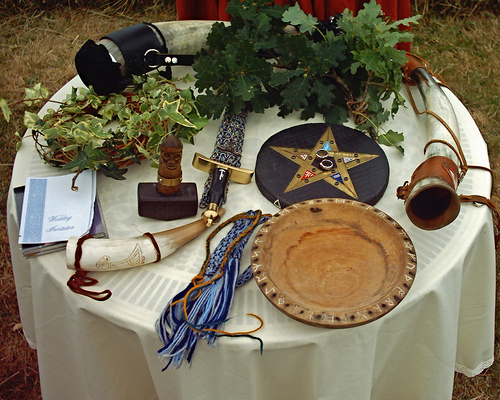 The World of Warcraft is a MMORPG or a massive-multiplayer online role playing game. People go online and assume the identities of orges, warlocks, elfs and similar characters. It is not too surprising that since players often remain online on hours at a time a day over months of playing the game it is no surprise that the elfs and orges will fall hard for each other. The interesting thing is that some characters marry, some players marry, and there are those who have two weddings both inside the game and without. At least those who unplug for few minutes to hold the real life rather than virtual wedding get real cake and well, the other aspects of reality too. 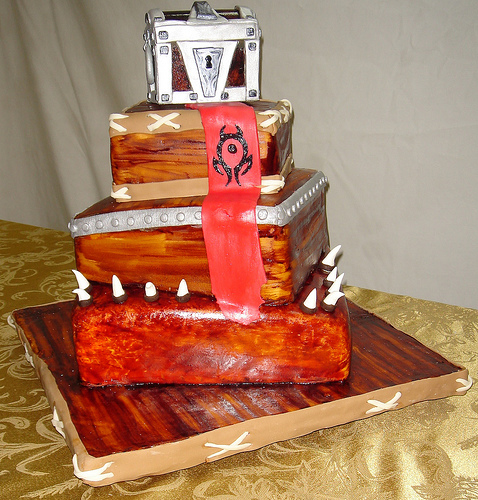