Hollywood, it is commonly said, never has any original ideas. What people probably aren’t aware of is that this has been true pretty much since the beginning of film, so Hollywood has been hitting the bookstore, looking for material, and winding up making a movie much bigger than the novel ever was. And sometimes embarrassing the novelist so much they let the book go out of print. Here are the ten most memorable film adaptations you didn’t know were books first. 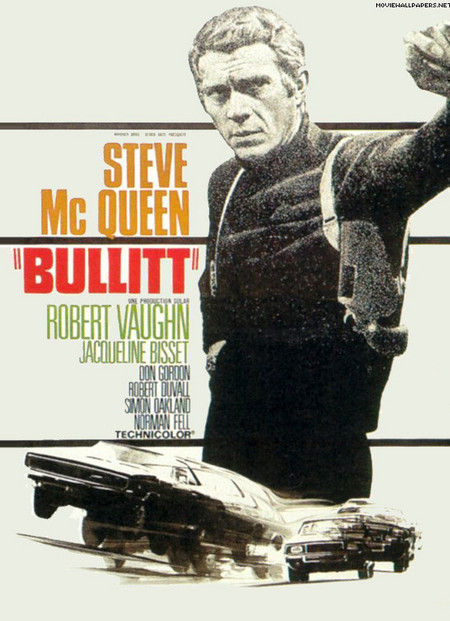 “Bullitt” is a major achievement in film for many reasons, not the least of which is turning the car chase into something unbelievably awesome. It also is guilty of laying the terrible, terrible groundwork for movies like “Smokey and the Bandit.” Then again, it had a classic movie score from Lalo Schifrin, god of film composers.

And it happens to be based on a crime novel, “Mute Witness”, that was so popular the best we were able to turn up on it was a plot summary at an ebooks site. But hey, it’s still available. Even the Wikipedia page doesn’t seem too enthused about the book. At least the author got paid! 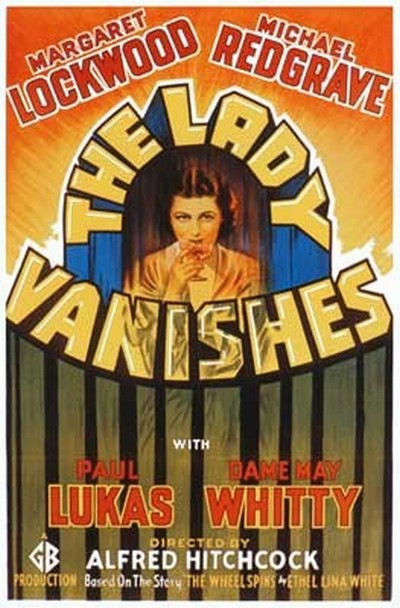 “The Lady Vanishes” is one of Alfred Hitchcock’s most popular and enduring movies, partly because it’s suspenseful and partly because it’s really, really funny. The basic plot is that a woman vanishes completely from a train, and everybody pretends not to have seen her. Of course, it’s Hitchcock, so there are spies involved and lots of witty banter.

It’s also based on the book “The Wheel Spins”, which apparently didn’t feature shoot-outs or highly acclaimed suspense directors cleaning up the plot and adding actual suspense, so isn’t as good. 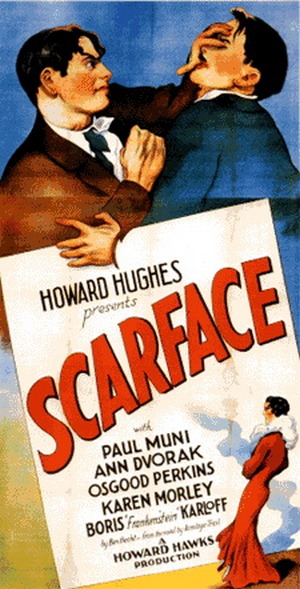 No, we’re not talking about the rappers delight starring Al Pacino, we’re talking about the good one, the one from 1932, the one without the cocaine and the tigers but a lot less lodged up its own alimentary canal. The original “Scarface” was a weird, warped gangster movie about a guy that wasn’t terribly interested in introducing his little friend. This is a movie so awesome it was produced by Howard Hughes back before he was insane, and had several different versions because Hughes said the censors could eat it.

It’s based on the book by Armitage Trail, whoever the heck he is. The book, in turn, is supposedly based on the life of Al Capone, who actually liked this one so much he owned a print of it.

Once Upon a Time In America 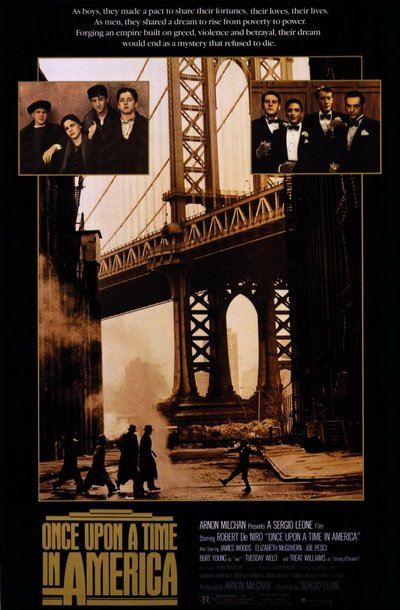 Sergio Leone is widely considered one of the greatest filmmakers of the twentieth century, largely because he took a genre nobody could stand anymore, the Western, and focused on what made Westerns great. This mostly involved shooting people in the face and Clint Eastwood being a deadpan snarler. OK, so he also stole liberally from Akira Kurosawa, but who could blame him?

While working on his last Western, he happened to read a novel called “The Hoods”, which he loved so much he turned down the freaking “Godfather” to direct it. The result was a four-hour labor of love that Hollywood jerks reedited and had nothing to do with the book, but was still brilliant. Oh, it also broke his heart and kept him from making movies until he died. Stupid Hollywood. 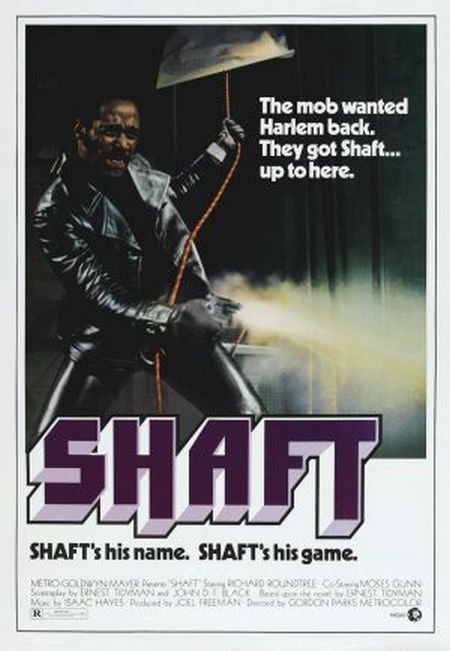 It’s pretty rare that a movie can come along, invent an entire genre, and win the first major Oscar for a black man since “The Song of the South”, but Shaft pulled both off. The funny name also allows us to make lots of tasteless jokes, which we’ll refrain from because the movie’s been out for nearly forty years, so those gags are all beaten to death.

Breaking with tradition, this one was also actually pretty faithful to the book, probably because the author wrote the script. He didn’t, however, write the script for the terrible remake.