The death penalty is the most severe punishment in the world. It is a controversial issue with a long and bloody history. More than 60% of the worldwide population lives in countries where executions take place. The four most populated countries in the world are the People’s Republic of China, India, the United States and Indonesia. All of these areas enforce the death penalty and are unlikely to abolish it any time soon. Here is a list of some interesting facts about capital punishment and murder.

The Maximum Prison Sentence in Nepal is 20 Years

Many countries in the world do not enforce the law of life imprisonment. In Nepal the maximum sentence that can be given to a criminal is 20 years. In Norway it is 21 years imprisonment and the maximum sentence is 25 years in Portugal, Macau, and Ecuador. Many nations in South America have abolished life imprisonment laws. The United States is the only country that has minors under the age of 18 serving life sentences. As of 2009, Human Rights Watch has calculated that there are 2,574 youth offenders serving life without parole in the U.S.

Life imprisonment laws bring to mind two of the most deadly serial killers in world history, Columbian born maniacs Pedro López and Luis Garavito. Pedro López is a Colombian-born confessed serial killer, accused of raping and killing more than 300 girls across South America. López became known as the “Monster of the Andes” in 1980 when he led police to the graves of 53 of his victims. They were all girls between nine and twelve-years-old. In 1983 he was found guilty of murdering 110 young girls in Ecuador and confessed to a further 240 murders in neighboring Peru and Colombia. The maximum prison sentence available in Equador was 25 years. According to the BBC, López was arrested in 1980 and freed by the government of Ecuador at the end of 1998. He was then deported to Colombia. In an interview from his prison cell, López described himself as “the man of the century.” He is said to have been released on a $50 bail for good behavior. Various reports have indicated that Colombian authorities released an advisory for his re-arrest over a fresh murder in 2002. Nobody knows where Pedro López is today.

Luis Garavito (“The Beast”) is a Colombian rapist and serial killer. In 1999, he admitted to the murder and rape of 140 young boys. While in prison, Garavito drew maps of his mass burial sites. His murder count is thought to exceed 300 people. Luis Garavito has often been described as the world’s most deadly serial killer. Once captured, Garavito was subject to the maximum penalty available in Colombia, which was 30 years. However, as he confessed to the crimes and helped authorities locate bodies, Colombian law allowed him to apply for special benefits, including a reduction of his sentence to 22 years. As one would expect, criticism over Garavito’s sentence garnered notoriety in the media. A judicial review of his case found that Garavito’s sentence could potentially be extended and his release delayed. He will have to answer for unconfessed crimes, as they were not covered by his previous judicial process. 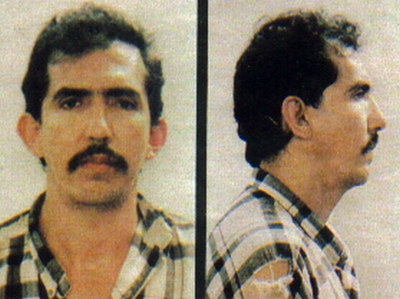 Crime and homicide rates have been a long-standing concern in the United States. In 1916, 198 murders were identified in Chicago. In that same year, London recorded 45 homicides with three times the population. Since 1964, the U.S. crime rate has increased by as much as 350%, although it has been steadily dropping since 1993. Many hypotheses have been recorded as to why the crime rate peaked in 1993. Many identify the fact that the U.S. government introduced the Three Strikes Law in 1993. This law states that if you are convicted of three separate felony crimes you will be sentenced to life in prison. Others have attempted to find a correlation between the introduction of abortion and violent crime rates.

The homicide rate in the U.S. has stagnated the last couple years, but is still among the highest in the industrialized world. Only the homicide rate of Northern Ireland in the early 1990s compares to that of the United States today. There were 17,034 murders in the United States in 2006 and 666,160 murders from 1960 to 1996. In 2004, there were 5.5 homicides for every 100,000 persons, roughly three times as high as Canada (1.9) and five times as high as Germany (1.0). Most industrialized countries have homicide rates below the 2.5 mark. 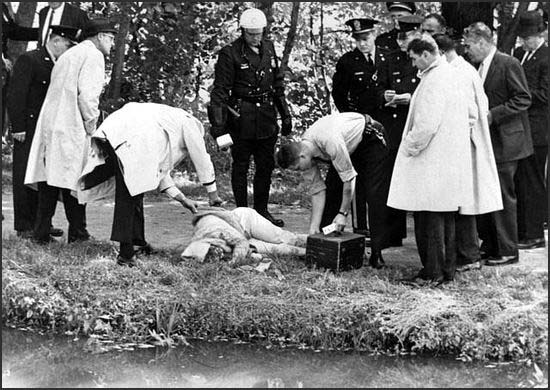 Dangerous Areas of the World

The last international study on homicide rates was conducted in 2004 by the Geneva Declaration on Armed Violence and Development. The results estimated that there were approximately 490,000 intentional homicides in 2004. It was concluded that the global rate was 7.6 intentional homicides per 100,000 people. The study was marginalized into a ratio of murders per 100,000 citizens. This gives a clear perspective of the most dangerous places on earth. The study indicated that Southern Africa averaged 31.7 murders per 100,000 people. Central America reported 29.3 homicides, South America (25.9), West and Central Africa (21.6), Caribbean (18.1), North America (6.5), Asia (3.2), and West and Central Europe (1.5). 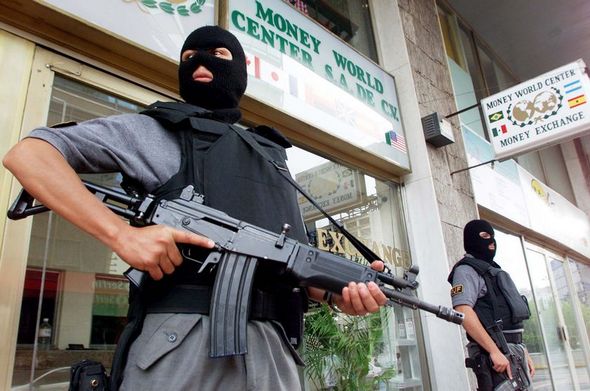 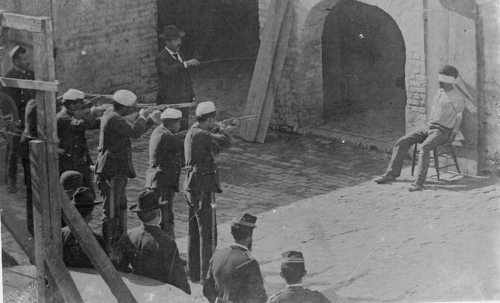 Julius and Ethel Rosenberg were American communists who were executed in 1953 for conspiracy to commit espionage. They were convicted of passing critical information to the Soviet Union about the creation of the atomic bomb. The Rosenberg’s death was the first and only execution of civilians for espionage in United States history. Since the execution, decoded Soviet cables have supported courtroom testimony that Julius acted as a courier and recruiter for the Soviets, but doubts remain about the level of Ethel’s involvement. After the war, the U.S. continued to protect its nuclear secrets, but the Soviet Union was able to produce its own atomic weapons by 1949. There were a number of Soviet spy rings leaking information from the U.S. Manhattan Project.

Julius and Ethel were linked to Soviet contact agent Anatoli Yakovlev. The prosecution’s primary witness was David Greenglass. He testified that his sister Ethel typed notes containing U.S. nuclear secrets in the Rosenberg apartment in September 1945. The Rosenbergs were convicted on March 29, 1951, and on April 5 were sentenced to death. While imposing the death penalty, Judge Kaufman noted that he held the pair responsible not only for espionage but also for the deaths of the Korean War. The Rosenbergs were executed at sundown in the electric chair on June 19, 1953. 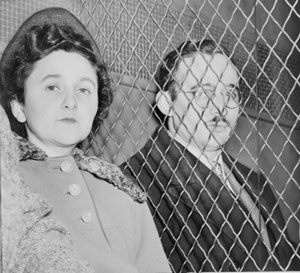