Home Business 10 Countries with the Most Bitcoin Holders

Investing in cryptocurrencies has become a very popular business in recent years, especially because of some of the most popular crypto coins such as Bitcoin, Ethereum, Ripple, and others, had a huge growth in value, which made a fortune for those who recognized the potential of crypto market since the beginning.

Cryptocurrencies like Bitcoin are very popular as a way of payment. However, many people are interested in crypto as an investment, because there is a chance to earn a lot of money if you invest in the right type of crypto, and at the right time.

Nevertheless, there are some expert websites and apps, such as bitcoin-champion.com, who are following trends and movement of the value of cryptocurrencies on the market, which makes it a great option to follow these experts if you need some advice from professionals.

The frequent changes of values of some cryptocurrencies are the main motive for the owners of crypto to hold their coins rather than selling them at any price. The Holders is slang for people who chose to keep their cryptocurrencies until they reach a greater price. In this article, we are going to present to you The 10 Countries with the Most Bitcoin Holders.

Although the Chinese Government is openly trying to regulate and control the crypto market in their country, China remains one of the biggest markets for Bitcoin and other crypto, and a record holder for a daily amount of trades in this digital currency.

Also, the interesting fact that proves how popular Bitcoin is in China is that many people moved to some apartments that are near some thermal or hydroelectric power plant because of cheaper electricity, to mine Bitcoin with smaller expenses. Nevertheless, with current tendencies of the Chinese Government to regulate the crypto market, there is a possibility for a drastic decrease in the crypto exchanges in the future.

The United States is one of the countries that is openly discussing to implement Bitcoin in its economy with some regulations that would allow users of this digital currency to be able to pay taxes. Also, there is the highest number of various projects and platforms that are based on blockchain technology.

However, people in the United States are rather trading and exchanging Bitcoin, than holding it and waiting for the bigger price. The total participation of their citizens, who are the owners of Bitcoin, is around 10 percent.

Japan is a well-known country for its technological advancements, and it seems natural that people of this country would accept and use cryptocurrencies on a large scale. Japan is one of the rare countries that have regulations about trading with crypto, and every exchange office must have a special license for trading with Bitcoin and other digital currencies.

The main reason for official regulations was the case of hacking and stealing more than half a billion dollars’ worth of crypto a few years ago. Today because of great regulations and legality, there is a great number of blockchain-based companies that want to move or start their business in Japan.

There are many similarities between Japan and South Korea when it comes to the acceptance of new technologies and advancements in all sections. South Korea is one of the countries with the highest number of Bitcoin users and shares around 10 percent of all exchanges of Bitcoin on the market.

Unlike the Japanese, the South Korean Government still doesn’t have any regulations about cryptocurrencies, but this does not specifically affect the increase of companies who want to establish their business with digital currencies in this country.

After Romania joined the EU back in 2007, it became one of the countries with the cheapest labor force in the union. The cheap labor leads many companies, especially from the IT industry, to open their companies in this country. Also, there is a high number of freelance developers and other people who are close to information technology.

With so many people in the IT sector, it is natural that people in this country are interested in blockchain and cryptocurrencies like Bitcoin. Romania is one of the countries with the highest number of Bitcoin Holders in the world.

Spain is in fifth place when it comes to the number of ATMs that support Bitcoin and other cryptocurrencies, with 96 of those machines that allow users to buy or sell their Bitcoin. It is estimated that around 10 percent of the population owns some crypto.

While many countries from Eastern Europe are only famous for problems with cryptocurrencies like pyramid schemes and hackings, Czech Republic stands out as a positive exception, with 9 percent of people who own some digital currency.

Turkey is surprisingly on this list too, because this country is most famous for its problems with politics and corruption, but those problems were also a motivation for its citizens to invest in Bitcoin and other crypto, especially after Lira, the Turkish currency, experienced a huge decrease in value in 2018.

There were some incidents and affairs with several companies in Poland that were traders and holders of Bitcoin, but there is still a positive trend to invest in crypto in this country.

Because of the high interest of companies to open their offices in this country, the Government of Poland should come out with some regulations, which would make it more secure for citizens and companies to trade with cryptocurrencies. It is estimated that more than 10 percent of people in Poland have Bitcoin or some other type of crypto, mostly in smaller amounts.

Switzerland is famous for its banking system. Although banks were never happy with the appearance of crypto, today they are looking for a solution that would allow people to use banks for trading with digital currencies like Bitcoin.

Switzerland came up with several regulations about crypto and blockchain, which made it very popular for companies from this industry. Besides Bitcoin, in Swiss, you can trade with Litecoin, XRP, and Ethereum.

Bitcoins are extremely popular worldwide, and people are investing in this cryptocurrency more than ever. Just be smart and ask for help or check some of the online platforms which share reviews and opinions of the other people, as seen here. 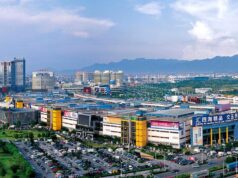 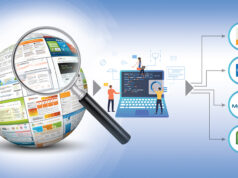