For generations, it was the fastest ride around. Trains could achieve speeds of over 75 miles an hour by 1800 and for some passengers that factor alone made train travel a terrifying experience. An unlucky few never reached their destination, and some poor souls perished in such a spectacular manner they arrived at a special place in history.

The First Time wasn’t the Charm

In July 31st of 1815 Philadelphia (UK) was abuzz with excitement. An experimental railway locomotive known as Brunton’s Mechanical Traveller was due to make its debut appearance. There were no tracks at this point only excited townspeople and a public industrial waggonway for the device to run on. This particular engine also known as the Steam Horse moved along on mechanized feet rather than wheels, but this wasn’t the machine’s only problem. Running on steam it needed a huge boiler and the kinks of this system for the purposes of locomotion hadn’t yet been worked out. The boiler blew killing at least 16 of the spectators and dimming the hopes of inventors everywhere.

Nope, still not quite right

The Stephenson’s Rocket was supposed to take the steam locomotive to the next level with a 0-2-2 wheel arrangement in 1829. While it did out perform all the other locomotives of the time on the opening day ceremony in Liverpool it demonstrated its ability to be a faster better machine of death when it crushed and killed spectator William Huskisson. A member of Parliament Huskisson was a well known luminary of Liverpool and a supporter of the new technology which dealt him the fatal blow. 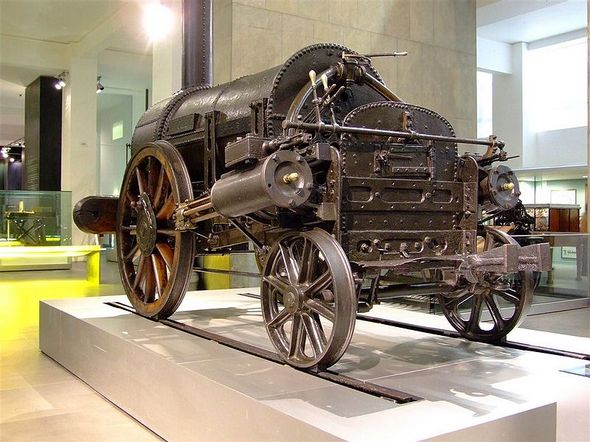 Going this fast what can go wrong?

Tragedy struck England again when at Sonning Cutting nine passengers were killed and seventeen were injured when a Paddington Bristol train running in heavy rain either hit or was struck by a landslide. Some of the carnage might have been caused when the heavy freight being carried by the rear cars picked up momentum from the weight crushing the passenger cars to the front. Many train companies began placing passenger cars to the rear of the train from this point on. 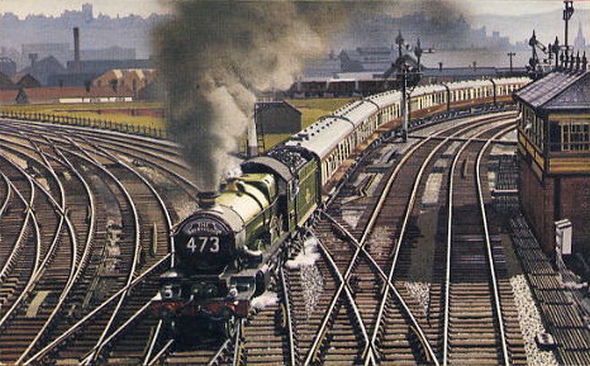 Initially the steam engines only produced speeds of 25 miles per hour, but as time went on they went faster and faster, and became more popular. Stopping became more difficult as the technology for braking tried to keep pace, while more trains traveling across country began crossing paths. Of course, there methods in place to keep them from crashing, but as speeds picked up they did occasionally meet, and a real tragedy was inevitable. On July 17, 1856 the day was sunny and warm in Fort Washington Pennsylvania U.S.as two North Pennsylvania Railroad trains steamed toward each other. One train carried freight, but the other a passenger train was carrying 1,500 Sunday school children happily anticipating a picnic. On impact the passenger train’s boiler exploded. The train derailed sending some passengers flying out of the windows along with debris from the crash. After the first few horrifying minutes of the crash the air was soon filled with screams and wails of the dozens who lay stricken and bleeding on the tracks. 59 passengers were killed instantly and the death rate climbed as others succumbed to their injuries. The Great Train Wreck of 1856 as it came to be known would have one more death although this one would be tragic in its preventability. The passenger train’s conductor took his own life, perhaps believing others blamed him for the crash. It was later proven he was not responsible for the accident. 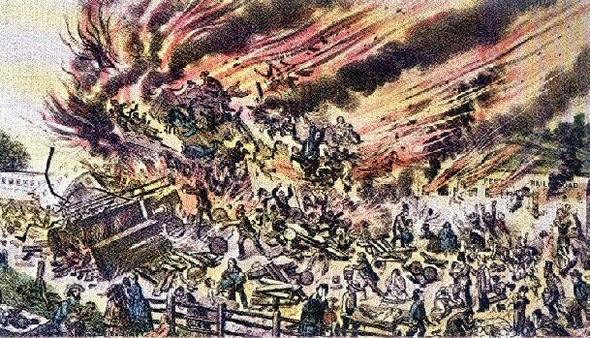 The worse wreck in Canada’s history to date occurred on June 29, 1864. A train carrying immigrant workers to a job site failed to brake fast enough for an open swing bridge and fell into the Richelieu River. 99 were killed including the fireman. The engineer claimed not to have seen the signal. 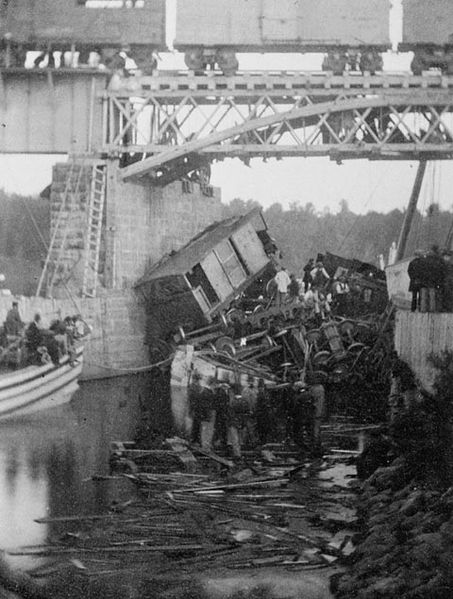