Tattoos have always been a tradition method of self-expression. But sometimes that self-expression expresses just a little too much and many times you just have to wonder what people were thinking when they decided to get these tattoos.

Now this is an interesting tattoo but I think that eventually it may become a tattoo that they will regret. As someone who has a wrist tattoo having something that you are going to see almost constantly every day it really has to be something important and personal. But just maybe this tattoo will keep it’s novelty and be cool to the person who has it. At least I really hope so.

I suppose if you know that you’re never going to get in shape then this might be a good idea seeing as it will be the closest thing you will ever get to a six pack. Though I think it also gives new meaning to the phrase “beer gut.” Sometimes you got to think about the reason people get tattoos because like other tattoos this is only funny the first time you see it. 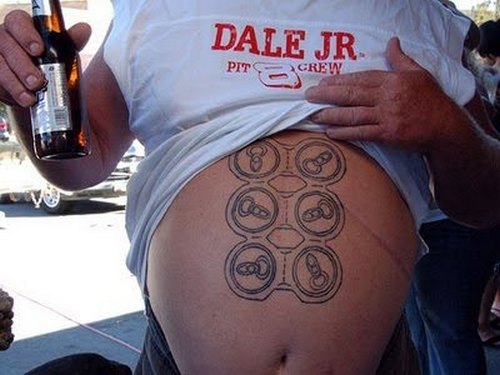 I See You Tattoo

This is another unique tattoo that really I cannot understand why someone would get it. Sure I mean you do it once and it is kinda funny and it will definitely catch you off guard. But after that it gets old rather quick, so I think that the goal of this tattoo is to constantly keep meeting new people. Once again I think I can respect it but I think in the long run this could be a rather silly tattoo. 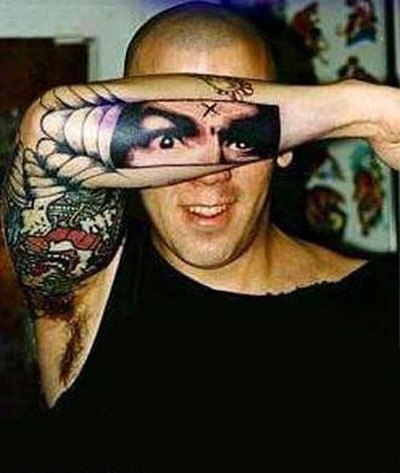 Now there are a number of tattoos that utilize holes in the body in order to add another dimension to their tattoo. Many of the more disturbing and unique ones, use holes that well I was not comfortable sharing pictures of. Turning the belly button into an anus has become a… shall I say “popular” bizarre tattoo as I have seen it done with a few different animals. This is possibly the best of the worst but many of them I have seen with cats. 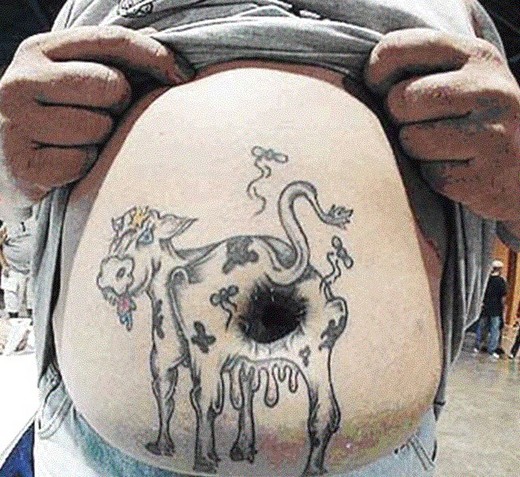 This is a truly impressive tattoo and this would really make anyone double take when you walked by. This is a bizarre but really cool tattoo and unlike some of the others on this list I really don’t think there is too much to complain about. I would really like to hear the story behind this tattoo though and I would also like to see people’s first reactions when they see him walking by. 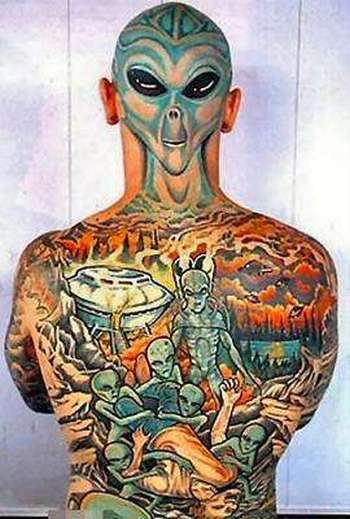