The time honored tradition of the comic book crossover has a long and rich history of not making any damn sense whatsoever. Characters who are popular at the time will meet one another only to leave a bitter and bewildering taste in the reader’s mouth, while publishers usually skip to the bank. Here are ten examples of the phenomenon, which we have painstakingly analyzed to spare our faithful readers.

Superman, the defender of truth, justice, and the American way, meets the Quik Bunny, defender of almost flavor, and team up to defeat the Weather Wizard, a villain so powerful that every single one of his plots can be thwarted by a disposable poncho or a fuzzy sweater. 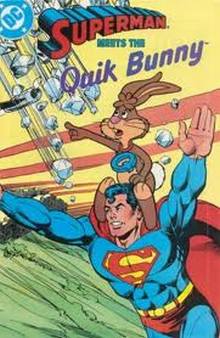 Nothing could be more dignified than for Superman to have a pantsless bunny grind the back of his head.

When Supes gets thwarted by foul weather it’s up to the Quik Bunny to save the day which, oddly enough, means drinking an absurd amount of his chocolate milk. Yeah, it was just a promotional piece for Nestle but that doesn’t change the fact that Superman needed the help of a diabetic hare to save the day.

Spider-Man and the Not Ready for Prime-Time Players 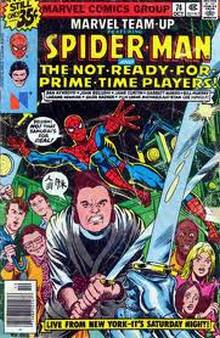 Still way better than “Batman vs. the Land Shark”. Less Chevy Chase in tights, too.

At the prospect of John Belushi getting diced like a drug-addicted onion at the hands of a samurai that’s “for real,” Spider-Man disrupts a live taping of Saturday Night Live. He’s later banned from any future taping by Loren Michaels, a ban that remains in place to this day.

Frank Castle is contracted by the government to find the drug dealer “Red” hiding out in Riverdale. However, because Riverdale is perpetually stuck in the nineteen-fifties, he’s not permitted to actually kill Red. So it’s just like any other Punisher comic if the Punisher were written for your grandparents. 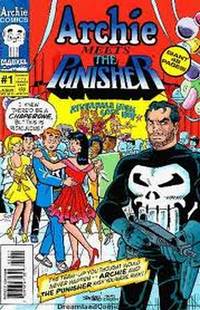 But where the ball-shattering violence is absent, wacky hijinks ensue. It just so happens that Red looks similar to Archie! Split your sides as Punisher dangles Archie out of a window by his wrists, or threatens his testicles with a table saw!

Why do people keep wanting to meet Archie? Has anything even remotely interesting ever happened in Riverdale? 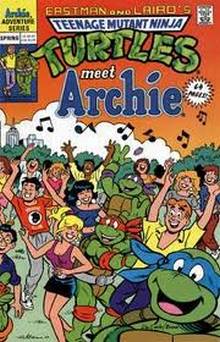 Any indication why they’re celebrating? Or what’s going on with Archie’s torso?

Look, Ninja Turtles: you’re four totally rad turtles in a half-shell (whatever the hell that means). I have a hard time believing that you don’t have anything better to do than hit on Veronica and challenge Jughead to a hamburger eating contest.

Everyone Meets the Predator

It might sound like hyperbole, but it’s close enough to the truth to say that every major comic book character of the nineties encountered the Predator in some form or another: 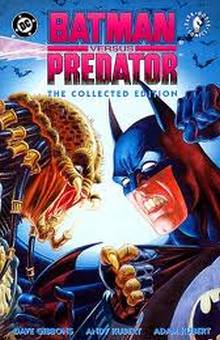 This is a bit unfair because Batman actually had three solo run-ins with Predators in three different books. This marked a monumental occasion for the Gotham City Police Department because they were actually doing their job long enough to allow Batman enough vacation time to fight killer aliens. 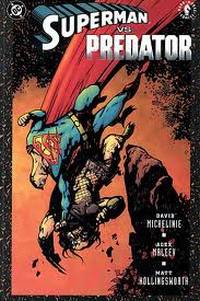 Since Superman can fly, is there any tension at all in this scene?

Here we have Superman fighting Predators. Naturally he has to be powered down because there really isn’t much of a fight to be had between the two; the Predator does that weird jaw thing and Superman promptly punches a hole through the back of his skull. Whole thing’s over in two pages, three if you want to throw in a variant cover. 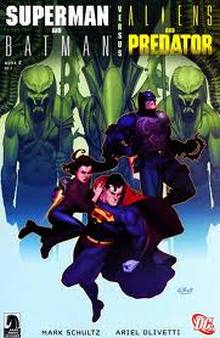 And here we have Batman teaming up with Superman to fight Predators. At this point they’ve met more Predators than Chris Hansen. Zing! 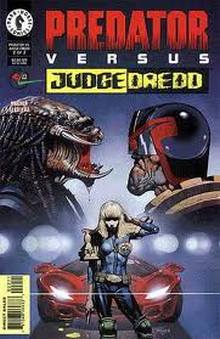 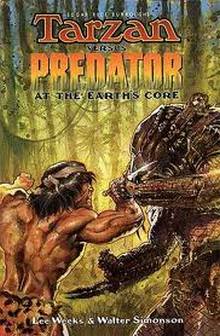 And here’s Tarzan vs. Predator, which has got to be the most one-sided fight since Todd Brodges vs. Vanilla Ice.