Believe it or not, music videos are actually things that still exist, despite the fact that channels like MTV would have you believe otherwise. Celebrities popping up in a music video are never particularly surprising. If, for example, you saw LeBron James pop up in a hip hop video, it would make total sense. But now and then a celebrity will appear in a music video and you kind of have to do a double take and rewind just to see if your mind was playing a very bizarre trick on you.

Back in the 1980’s, Steve Guttenberg was, amazingly, one of the biggest comedy actors on the planet. We’re still trying to figure out why. Either way, even knowing how big he was with movies like Police Academy, Cocoon, and Three Men and a Baby, it’s just plain odd to see him pop up in a Michael Jackson, but that’s exactly what happened when he appeared in the video for the song Liberian Girl. The results are every bit as strange as you’d imagine.

These days the only reason it would be odd to see Iron Man appear in any music video is the fact that, frankly, he’s just too big of a megastar. But there was a time not too long ago when that wasn’t the case, and that’s part of the reason that it seems so weird to see RDJ in a music video for Elton John back in 2001. Not only did he star in the video at a time when he was pretty far removed from being Hollywood royalty due to his rather public drug abuse, but the video basically consisted of the once and future Tony Stark lip syncing the lyrics.

8Idris Elba in a Mumford and Sons Video

There are a lot of reasons why some celebrities and musicians seem like an odd fit. When it comes to Idris Elba appearing in a Mumford and Sons video, it’s in large part because Elba played the incredible character of Stringer Bell on the show The Wire, and it just seems baffling to imagine Stringer Bell ever digging a band like Mumford and Sons. On top of that, when he’s not acting, Elba is a renowned DJ and even has a side career as a rapper. By the way, not only did Elba star in the video, he directed it, too. If you ask us, Stringer Bell has gone soft.

7Kathy Griffin in an Eminem Video 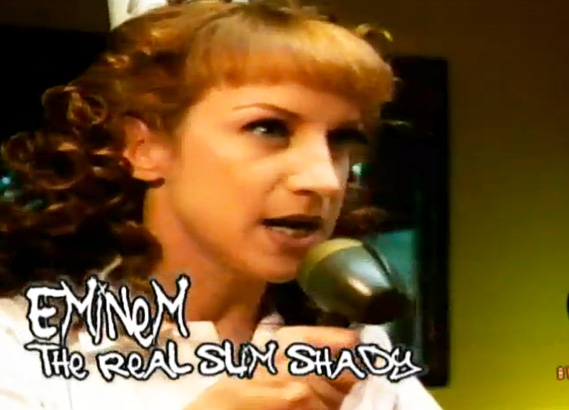 In a way, it almost seems like a natural fit to combine Kathy Griffin and Eminem. Both have a certain kind of obnoxious, blunt reputation and certainly never come close to holding their tongues, but while one is an insanely talented lyricist, the other is just super annoying. That’s why it’s just weird for us to watch the video for the song Real Slim Shady, for some reason playing a diner waitress and being just as obnoxious as ever. 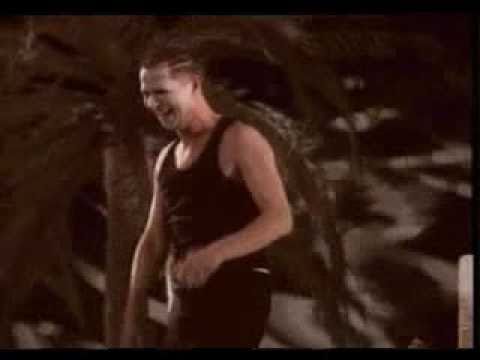 There are certain actors you just never expect to see in any sort of music video, and Gary Oldman certainly falls into that category. He just seems a little too respectable and serious in his craft to ever stoop to appearing in a video, let alone a Guns ‘N’ Roses video. After all, who thinks of Axl Rose and Gary Oldman in the same sentence? Yet there he was, playing a demonic presence in Axl’s life, following him around and mocking him throughout the video. Incidentally, this was the last Guns ‘N’ Roses music video ever shot.

It’s not so much that Jake Gyllenhaal appeared in a Vampire Weekend video that is baffling, it’s more the role he’s playing in the video for a song called Giving Up the Gun. In the video, Gyllenhaal plays an apparently psychotic tennis player, and to make the video even more bizarre, it also features cameos from people like Joe Jonas, Lil Jon, and the Wu Tang Clan’s own RZA. Sometimes you just have to go for broke with your celebrity cameos, apparently, and we guess that includes having Jake Gyllenhaal dressed up like a crazy version of John McEnroe.

4Danica Patrick in a JAY-Z video

At this point we should just accept that stunt casting exists for a lot of reasons, including mixing two groups of people you’d never expect to ever run in the same circles. Take for instance combining the world of NASCAR with the Jay-Z’s hip hop empire, as is what happened when Danica Patrick showed up in Jay-Z’s video for the song Show Me What You Got. And because we apparently need a constant reminder of what it is Danica Patrick does for a living, she’s driving a car in the video.

Your first question is probably, “who the hell is Devendra Banhart?” And frankly, we’re not really sure, other than the fact that he used to date Natalie Portman. So you can probably figure out why she popped up in the video for his song Carmensita. Banhart, a folk artist, decided that it would be cool to make his video as close to being Bollywood as possible, and that’s where this cameo from Portman gets a little weird. Portman goes full Bollywood princess, with the premise of the video apparently that she has to…save Banhart’s beard, we guess? Seriously, that’s what the video is about. In fairness, the beard is apparently “rebellious” so, you know, it is clearly in dire need of saving.

Before Zach Galifianakis blew up thanks to the success of the movie The Hangover, he was still just a bit of an under the radar standup comedian who had appeared in a couple movies and TV shows here and there, but was largely an unknown. Still, in 2007, Kanye West still cast Galifianakis in his video for the song Can’t Tell Me Nothin’, in which Galifianakis plays a very strange farmer just kind of running around doing bizarre stuff. According to Galifianakis, they shot it on his own farm in North Carolina, and he and his friend, an indie folk musician named Will Oldham, basically just got drunk and started messing around, and that’s what wound up on the screen.

First of all, did you guys realize that Jamie Foxx had a music career? Some of you probably did but then quickly forgot it, or more likely, pushed it out of your minds. Back in 2009, Foxx put together a video for his song Blame It, and in addition to Samuel L. Jackson and Jake Gyllenhaal – yep, him again – the video also features, rather inexplicably, Ron Howard. Yes, the guy who played Opie Taylor and Richie Cunningham is featured pretty prominently in a club scene in a video about blaming things on alcohol. Our little Opie is, indeed, all grown up.